I was planning a visit to see the Purple Emperor today, that was until high winds were forecast. With this I decided to stay local and to head for Friston Forest in the hope of finding the magnificent Scarlet Tiger Moth. I have seen these several times over the last few years but they are still a rare sight in Sussex with a few colonies between Brighton and Eastbourne.
With the wind blowing and only intermittent sun it took a while to see my first butterfly. Then several were seen as it warmed up. Marbled Whites, Meadow Brown and Ringlet in numbers as well as an Essex Skipper. Shortly after I saw my first Gatekeeper of the year, followed by several more as it appeared an emergence of these was under way. 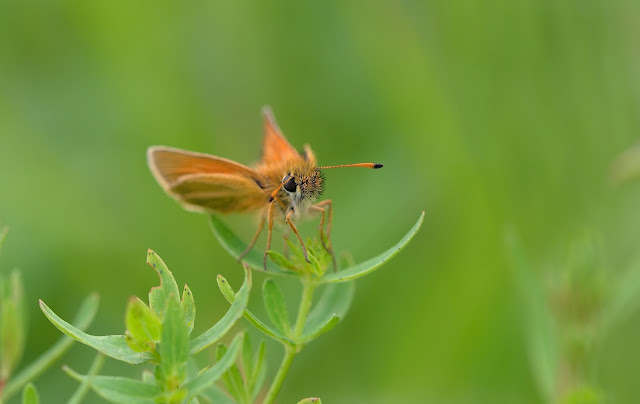 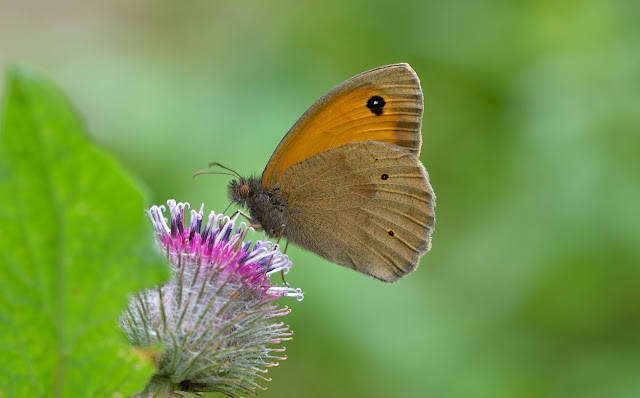 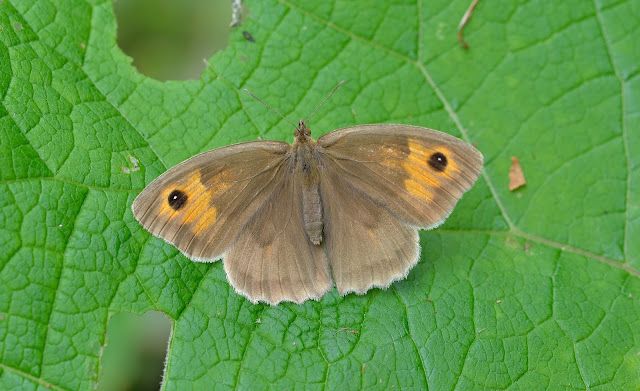 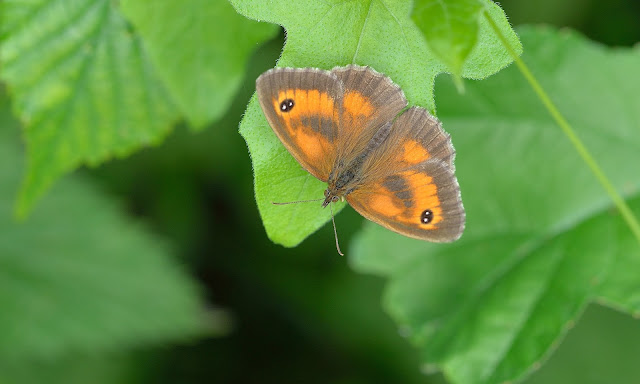 Not long after this I spotted the first of 2 Scarlet Tiger Moths. The first I saw in flight, I was hoping it would land nearby but it vanished in deep foliage. I then spotted another on Hemp Agrimony just by the path and I managed several shots of it as it flew just short distances. I hoped it would open its wings fully and show off the scarlet of its hind-wings, but it only showed glimpses of it, except of course, when it flew. 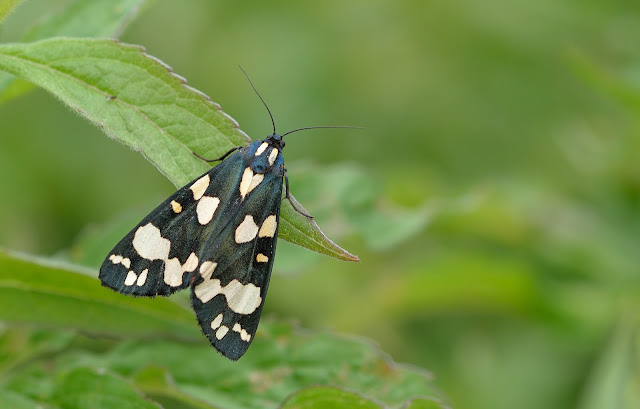 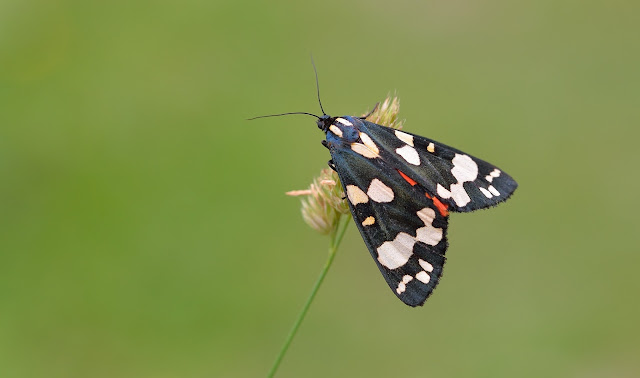 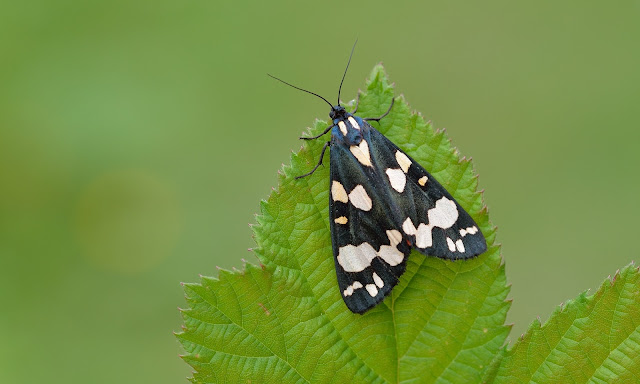 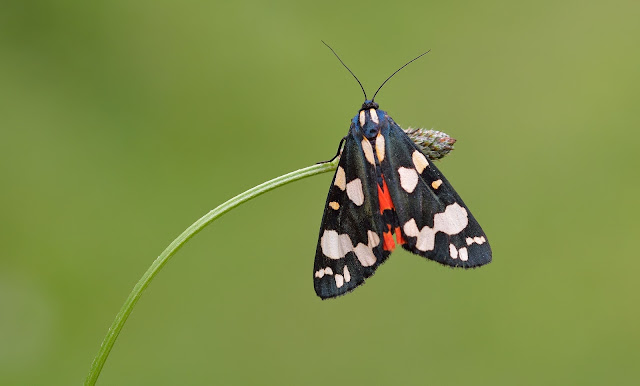 A hint of scarlet!! 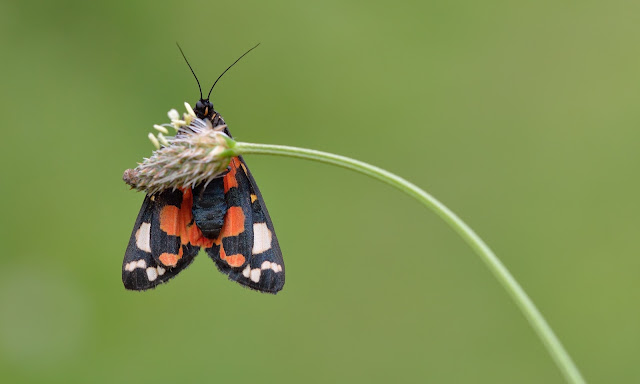 The under-side of Scarlet Tiger.

Posted by Bob Eade. at 21:48
Email ThisBlogThis!Share to TwitterShare to FacebookShare to Pinterest