An Emperor changes his coat.

It has been a very frustrating week with a dreaded summer cold stopping me from several plans and feeling pretty fed up!! Despite being very humid yesterday I decided I just had to get out so I had a very gentle stroll around some of the local area. The Large Skippers seem to be doing extremely well so far this year with several seen throughout the walk. It is possibly the only butterfly locally that is doing okay as most species seem to be well down in numbers this year. The influx of Painted Lady also seems to be increasing with several seen including 2 on a Bramble bush near the end of the walk. A Small Blue in an area I hadn't seen them before was the most exciting sighting as both Common and Adonis were low in numbers, although a fresh Adonis did show well. 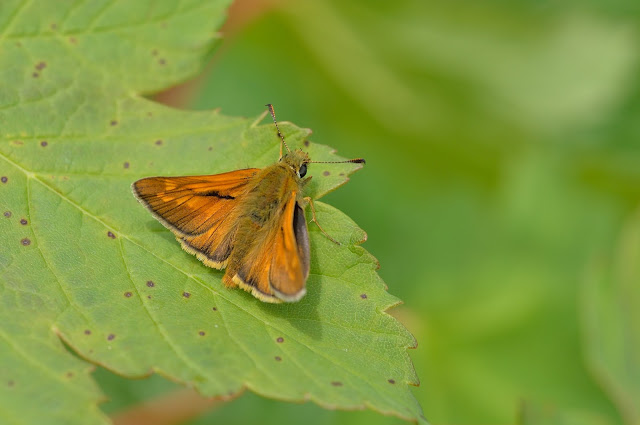 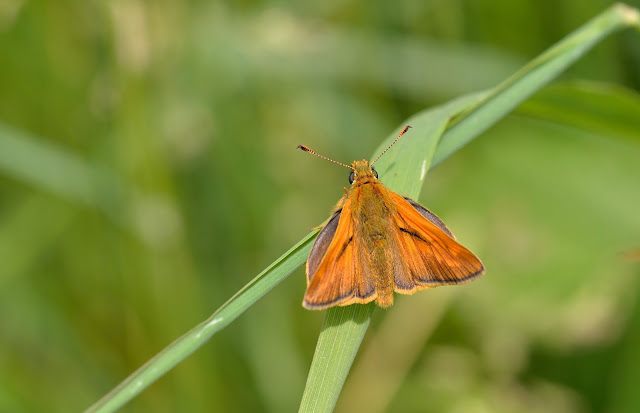 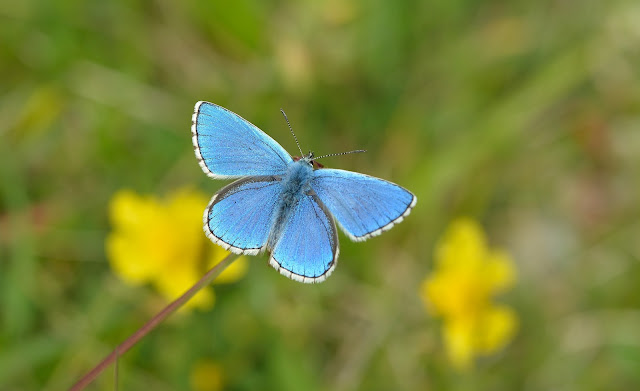 In the evening James was keen to see the Emperor Moth larvae so I met him so I could show him as well as a brief look for roosting Common Blues. There was a few more Blues than I had a few evenings ago. The larvae had started to disperse so only a few were showing but James did spot one that had just shed its skin. Seeing this we then saw more shed skins with larva nearby. 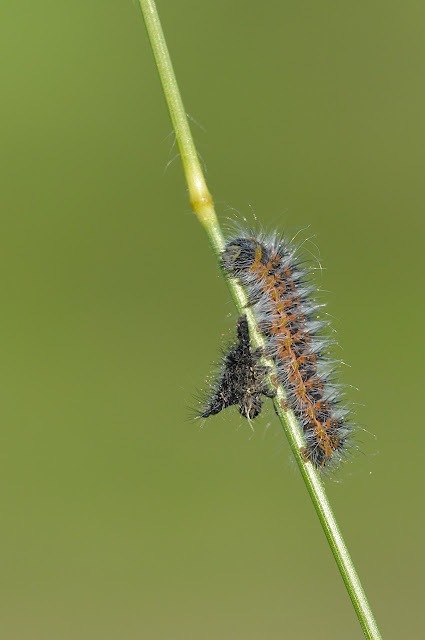