Spending The Night Together.

On Tuesday the weather was pretty miserable and after doing the chores around the house I decided to just go out and see if I could find any roosting butterflies. I was hoping for both Grizzled and Dingy Skippers. After walking down the hill I started looking at the dead heads and almost immediately I spotted a roosting Common Blue. What was more surprising was that it was roosting with a Dingy Skipper next to it and I probably wouldn't have seen the Skipper if it wasn't for the Blue as the Skipper was so well camouflaged. 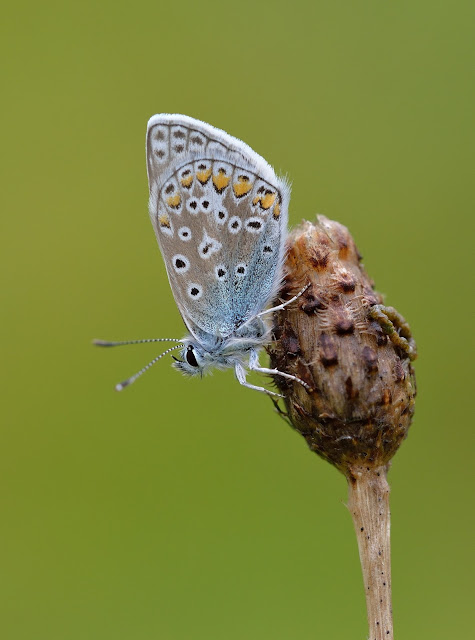 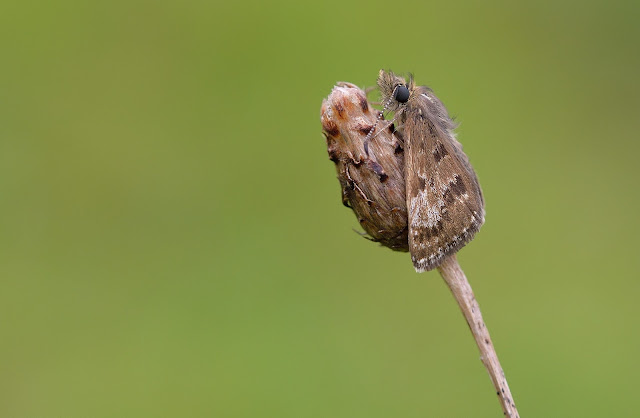 After some time the weather improved and the butterflies woke up and flew. I moved further along the valley where I came across another Common Blue and then one of my favourite moths on this site, the Small Purple-barred. Although this moth is smaller than some micro moths it is classed as a macro moth. 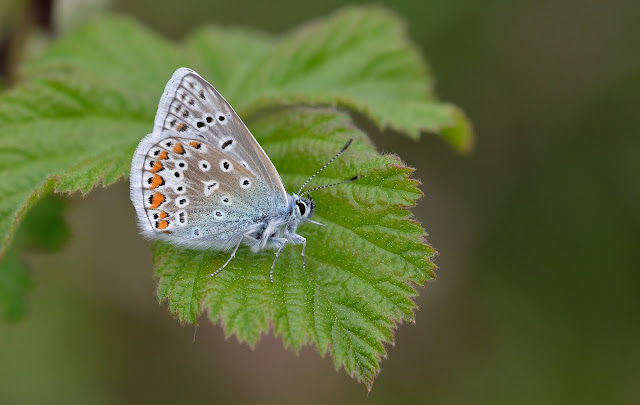 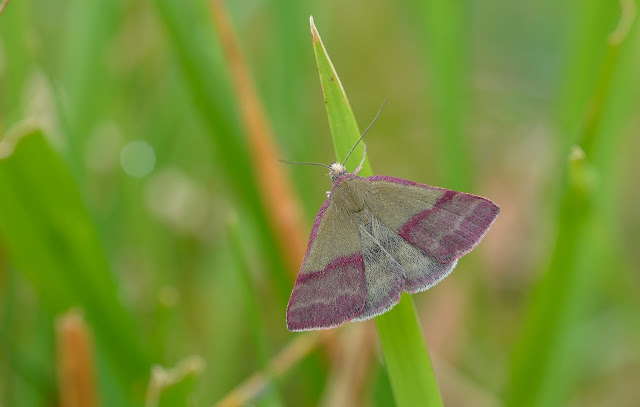 Posted by Bob Eade. at 21:39
Email ThisBlogThis!Share to TwitterShare to FacebookShare to Pinterest