During an afternoon game drive news came in that a pack of African Wild Dogs were resting near the road. Although it was around 30 minutes away David, the guide thought it was well worth going for. He knew more or less the site where they were reported and as we approached we started looking in earnest for them. In the area we came across a large family of Elephant, but no dogs. It was thought the Elephants had moved the dogs on so we carried on along the road hoping to pick them up. After about a mile it was decided we were not going to be lucky so we turned around and drove back the way we had come. Suddenly we saw the pack trotting along the middle of the road, around 15-20 dogs. The truck stopped and they moved past us ignoring us completely. 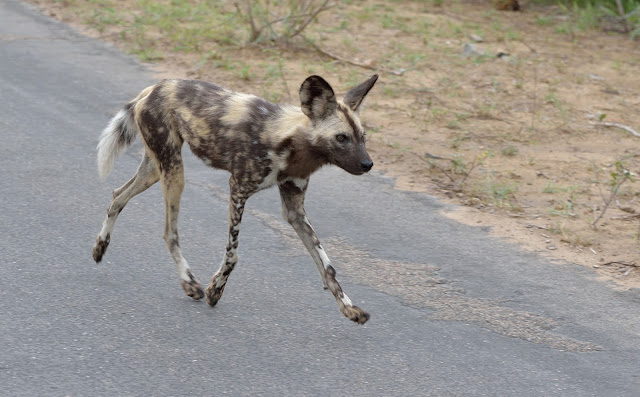 One of the leading African Wild Dogs. 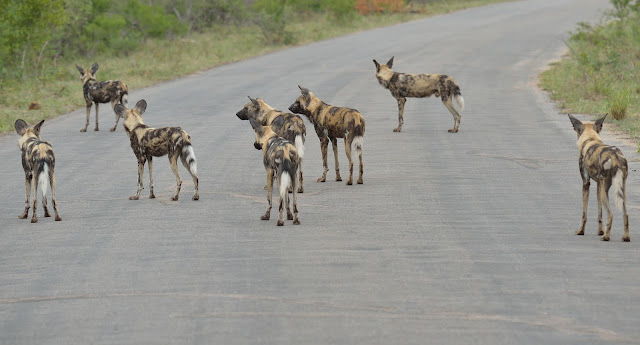 The dogs then stopped in the road and it was clear they were planning together to start a hunt. The majority of the dogs stayed on the road but 3 or 4 dogs went into the cover either side of the road and were seen running along 10 or so metres apart hoping to pick up a scent or disturb a prey animal. Those staying on the road kept pace with those in the bush occasionally stopping to investigate scents on the road. 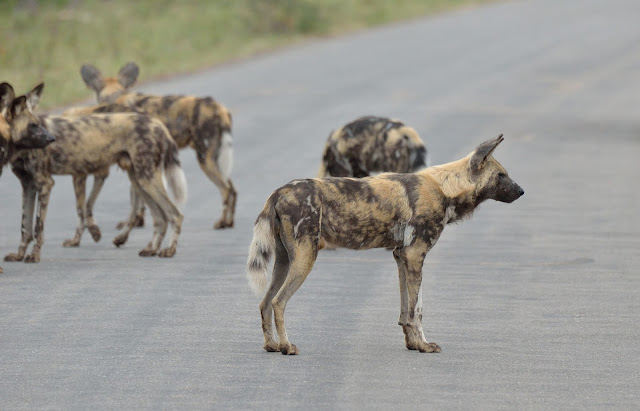 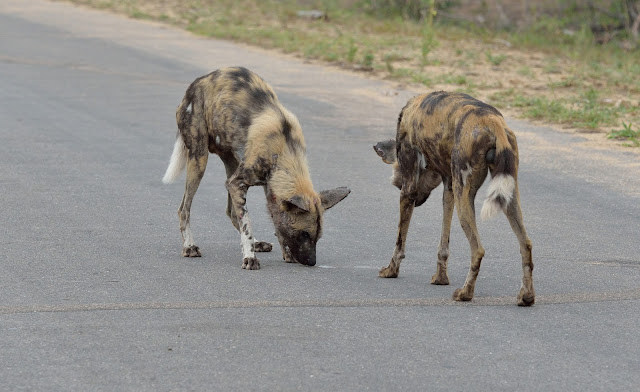 Finding a scent on the road. 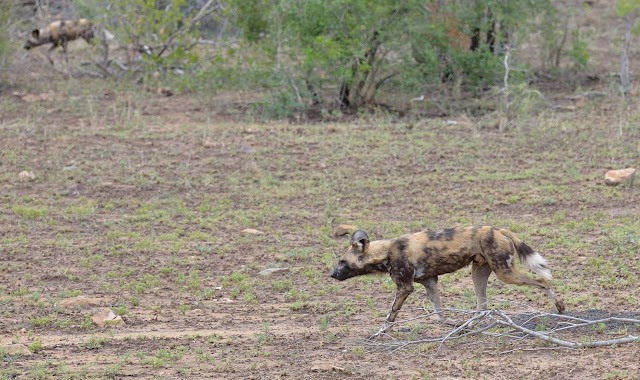 Although it was clear they were working as a team they didn't appear to be communicating at all by noise. Each time a clearing in the bushes came we could see the dogs in the bush working their way along with the dogs on the road watching them. 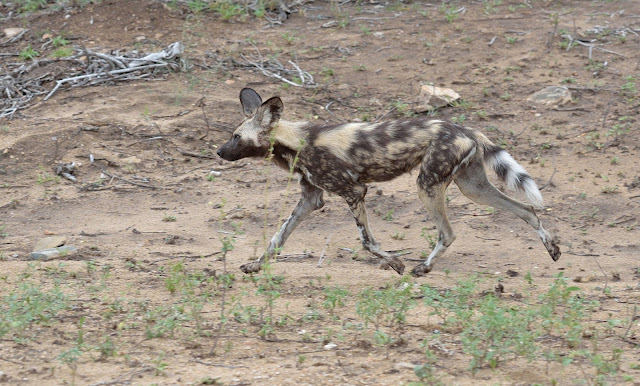 Some in the bush. 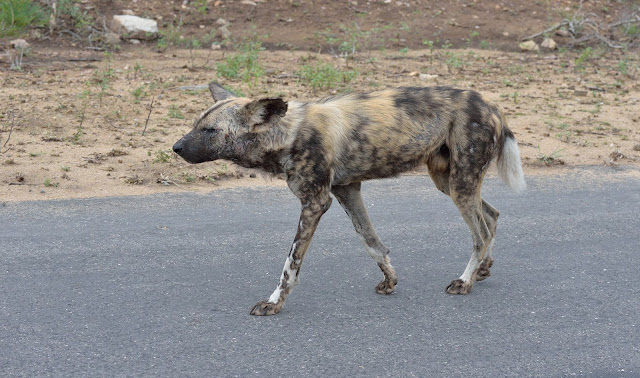 Some staying on the road.

We had followed them for around a mile when in the distance we saw 3 Zebra crossing the road. At this both the Zebra and Dogs stopped and looked at each other. The Zebras then carried on across the road and all the dogs ran into the bush at an angle to intercept them. Once again there didn't appear to be any noise between the dogs but those in the bush to the right all appeared and joined the others. We carried on a bit further hoping to see what was happening but all we heard was a panicking noise from a Zebra and 2 remaining Zebra deep in the bush, so it seems that the dogs had singled out the weakest Zebra and hunted it down. 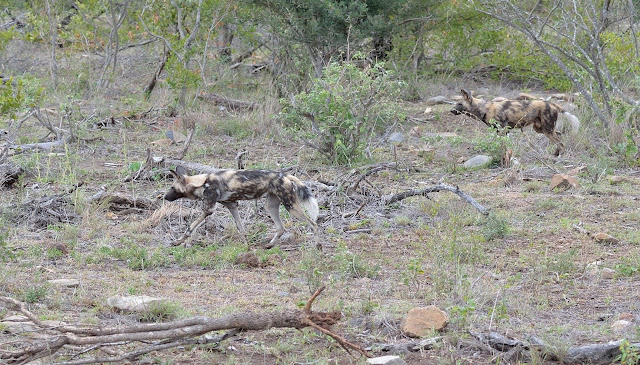 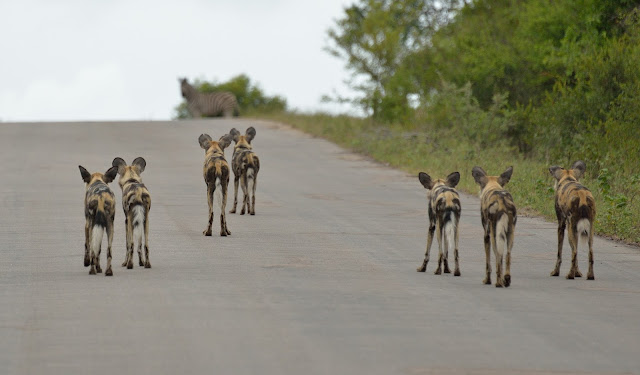 Is that dinner ahead or just a Zebra crossing??

From the first sighting of the dogs to when they vanished into the bush in pursuit of the Zebra exactly 30 minutes had passed. This was one of the most memorable things we witnessed during our African trip.