As already mentioned, after a very hot first day, when we managed to watch 3 Cheetah brothers whilst lightning was going on in the distance, the rains came in some style. For the following 3 days we had heavy rain on and off and it was on the 5th day the dry riverbed started to flow for the first time in 3 years. The staff at the camp all came to enjoy the spectacle. At the front of the stream a large Catfish was swimming and probably picking up food. It was 11am when I spotted the stream starting and it was only 7 minutes later when the flow had picked up as shown on the following pictures. 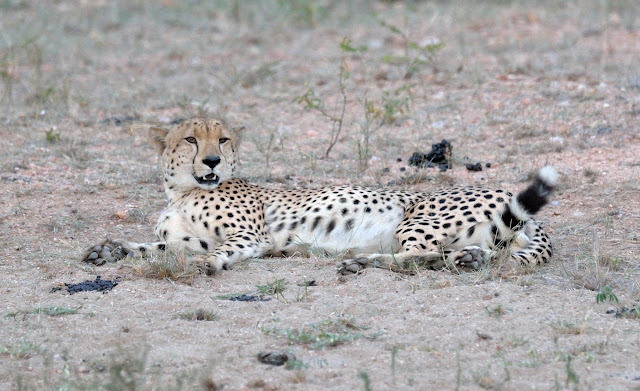 One of the Cheetah brothers. Nearly dark and lightning in the distance. 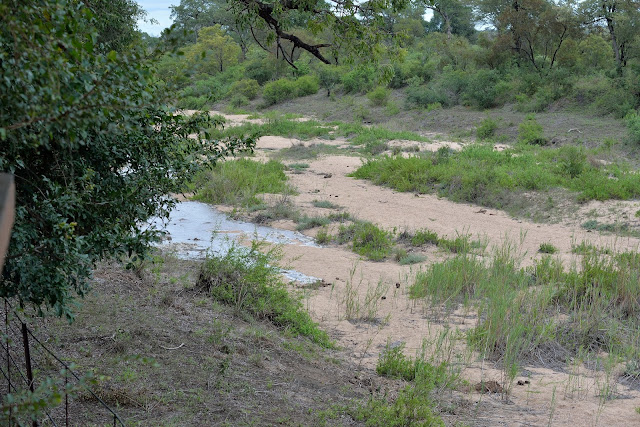 The water starts to flow. 11am. 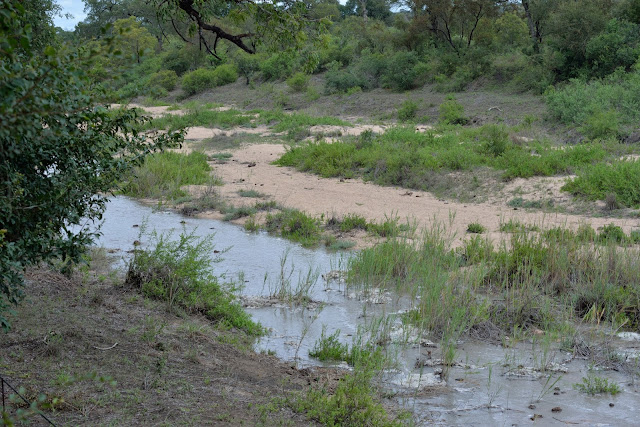 7 minutes later and the flow is faster and stronger.

This unique event was one of several sightings we had that were unusual. On another day we had just witnessed a Wild Dog hunt that will be my next post. Following the dogs we were going down a track when we came across 2 Giraffes that were fighting. It wasn't such a battle as seen on David Attenborough's great Africa series, but it was still great to witness something like this. For about 10 minutes the 2 animals were sizing each other up and bashing their heads against the other ones neck and body. 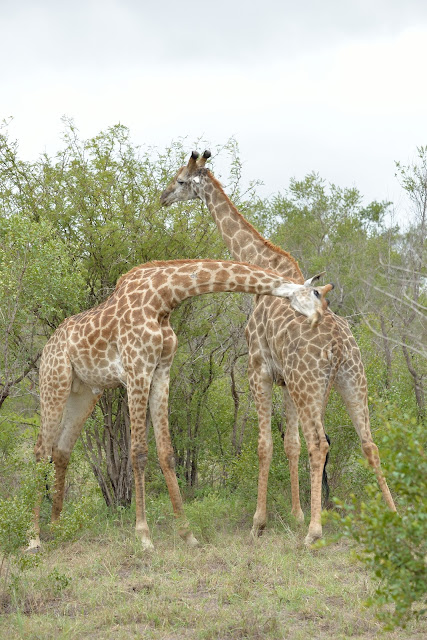 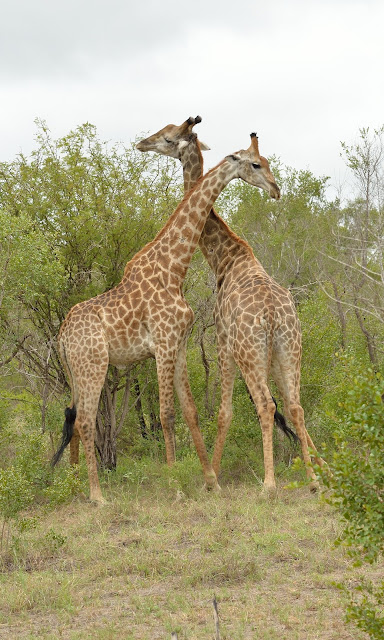 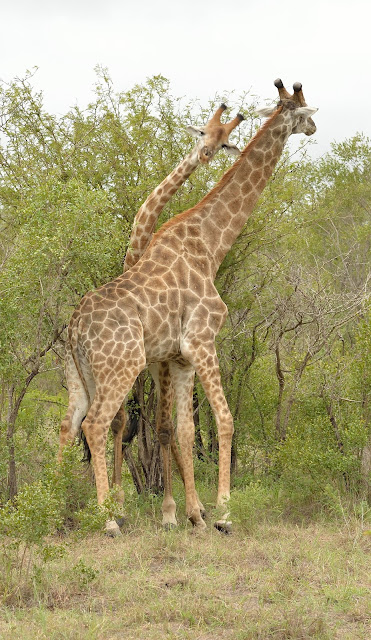 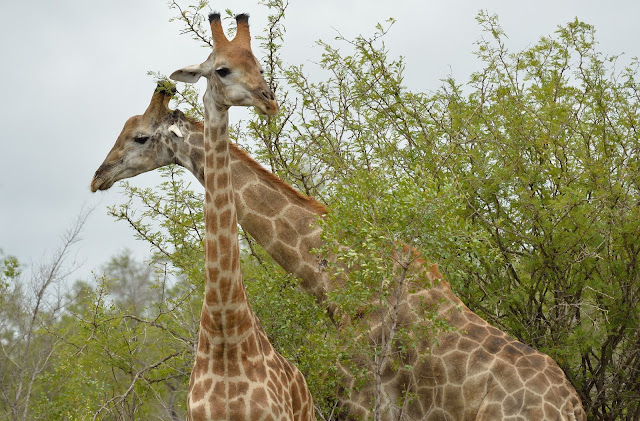 A mixture of a few other birds and creatures we saw during the week follows. 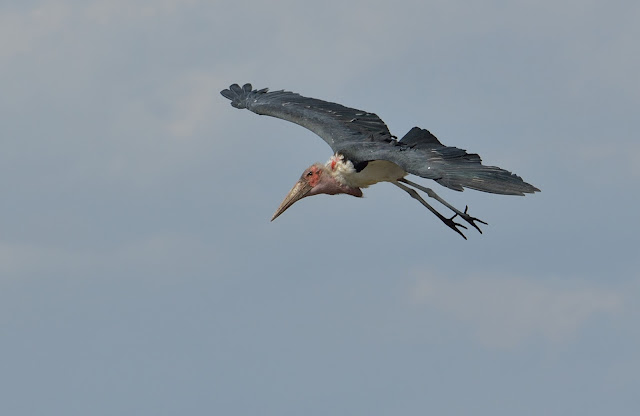 Marabou Stork coming in to land. 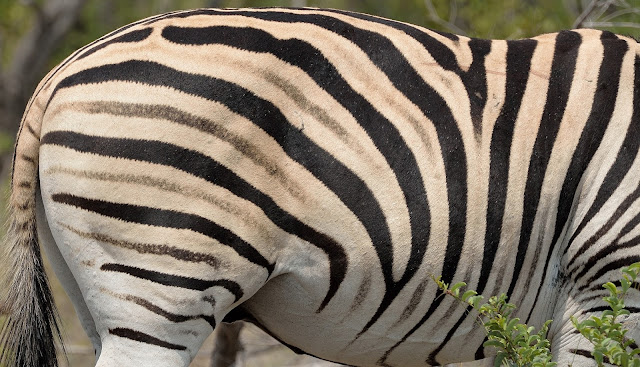 The pattern of a Zebra. 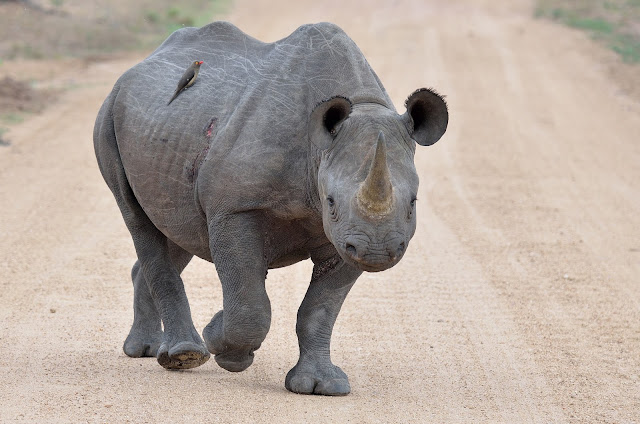 The rare Black Rhino complete with a Red-billed Oxpecker. 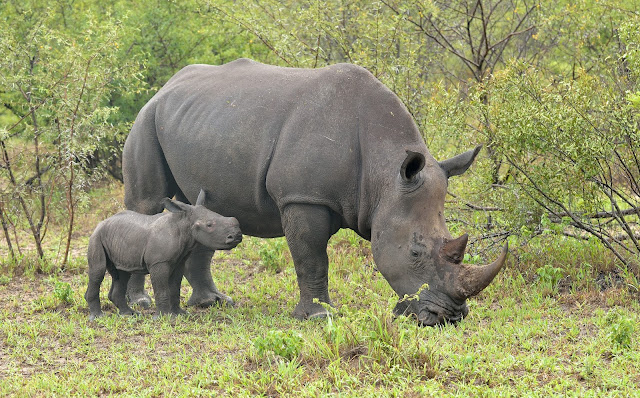 White Rhino with baby. (Hope for the future)!!

Posted by Bob Eade. at 17:53
Email ThisBlogThis!Share to TwitterShare to FacebookShare to Pinterest