A Day in Dungeness.

There was a strange appearance today in the sky that I understand is called the 'Sun'. It's been a while since it appeared so with the promise of a Long-eared Owl it was off to Dungeness. The Owl was near the visitor centre so was almost the first bird seen. Unfortunately the camera settings had somehow changed in the drive over when it had presumably been knocked!! With the bird in the bushes and some distance across the water it was never going to be a great photo so I wasn't too bothered. It was after all fantastic to see one of these gorgeous owls and a species I hadn't seen for a few years. From the Scott hide 3 large Pike were visible in the shallow water. 2 Bearded Tit were seen from the raised viewpoint. We heard that some Bittern had been seen from the ARC pit so we then headed over there where we had 7 sightings of Bittern with at least 4 different birds. We also had some good flight views of Great White Egret and lots of Marsh Harrier activity, although these did not come close enough for any photos. All in all it was a fabulous day and even the traffic through Bexhill and Hastings was not too bad. 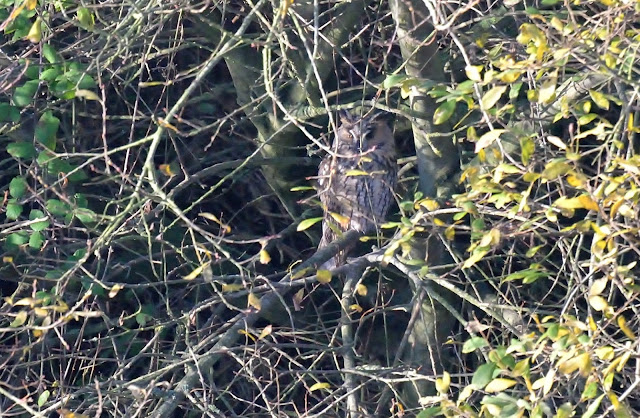 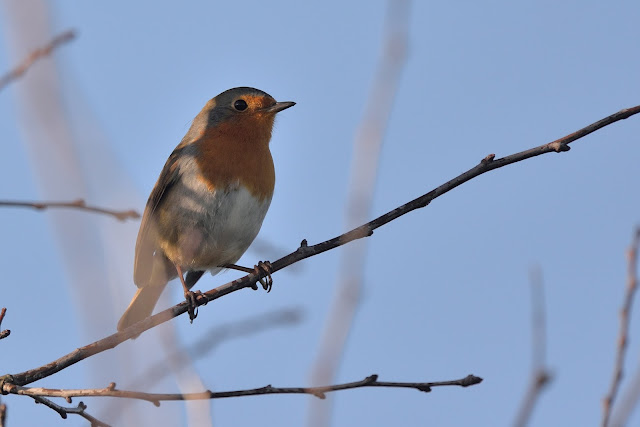 Robin from the trail path. 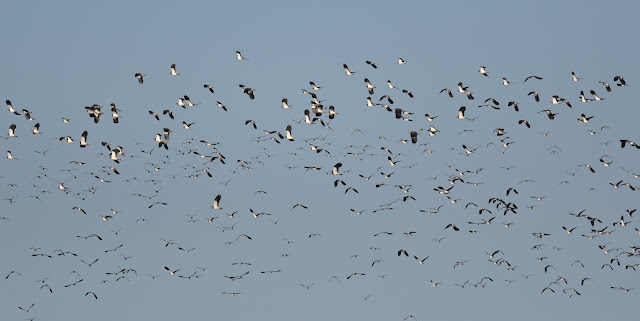 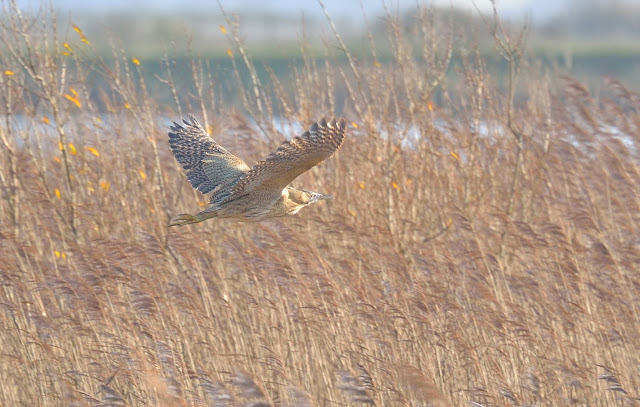 Bittern over the Reed-bed. 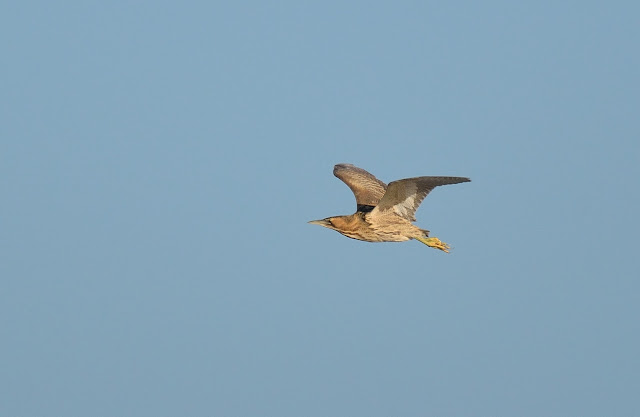 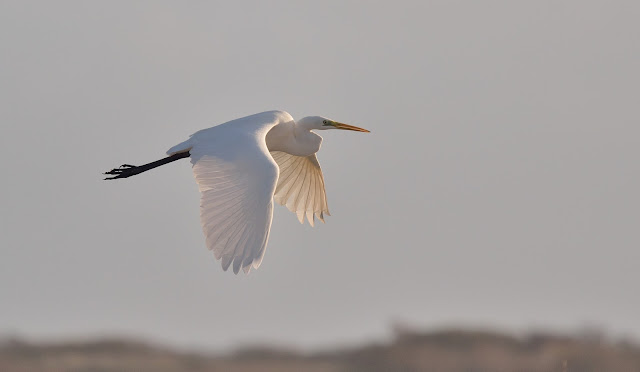 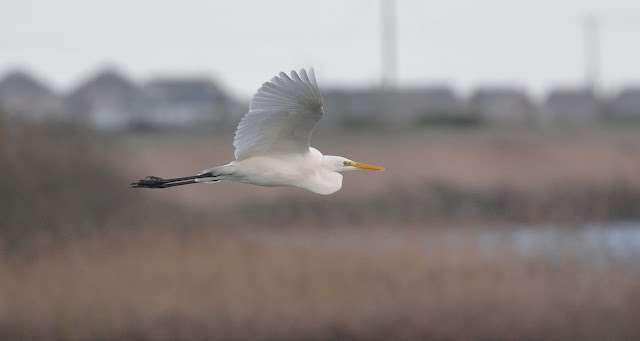 Posted by Bob Eade. at 20:20
Email ThisBlogThis!Share to TwitterShare to FacebookShare to Pinterest