Following the unprecedented influx of Long-tailed Blue in 2013 there are signs that there is a good chance that there could be even more records for this rare butterfly this year. Since reports from across the Channel and the odd sighting in the UK a few of us have been searching areas of Everlasting Pea hoping to see signs of the butterfly. James has managed to spend more time than myself hunting between Peacehaven and Seaford with some success, however, Neil Hulme has been out more than anyone and he has found large numbers of ova on the Pea all along the coast of West Sussex and the Western end of East Sussex.

Anytime from mid September to mid October the butterflies should be emerging giving us all the chance to see fresh individuals of this stunning butterfly. If you have Everlasting Pea in your garden, or you know of some, check it out for ova. Picture below to show you what to look for.

All my adult sightings so far this year are down to James. It was 2 weeks ago when the phone went and there was James telling me he had a female Long-tailed Blue in front of him. Fortunately I was in a position to be able to shoot off and drive the few miles to reach him. Luckily the butterfly was still performing and I managed a few shots before it flew off and vanished, not to be seen again. 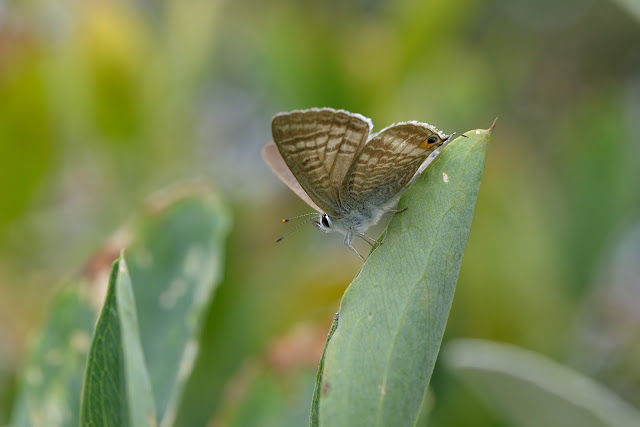 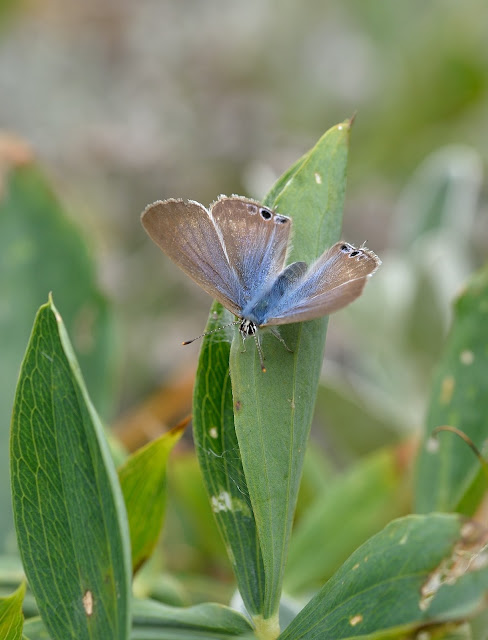 Following this sighting, despite lots of searching there were no more butterflies seen. That is until earlier this week when I had to be in Eastbourne for Pen. When we arrived home I saw that James and Mark had both been trying to get hold of me. I rang them back and was told there was a mating pair in front of them. Needless to say I grabbed the camera and raced off to find them. Arriving the same time as Neil we both managed a few shots before they split up. Strangely, the female then started to ova-posture, although at this time we didn't think she was laying. This means she certainly had mated before, especially as we did find an ova that she had laid later. For the next 30 minutes we had brief views of both the male and female as well as a 2nd female. 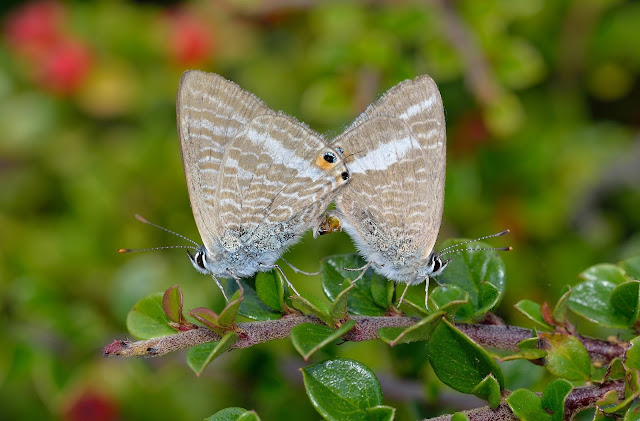 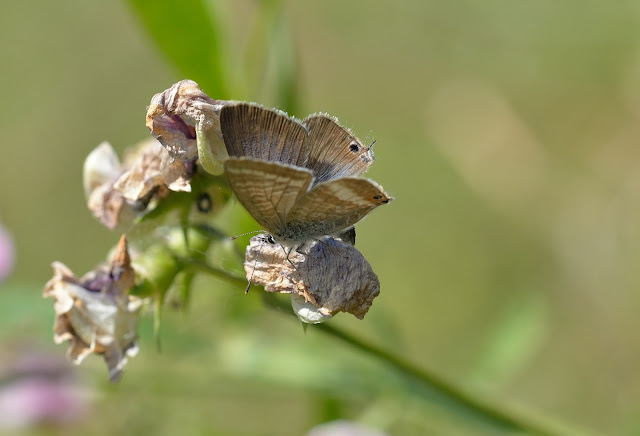 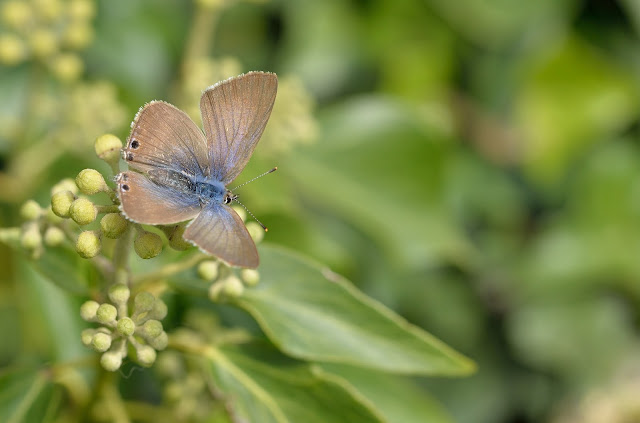 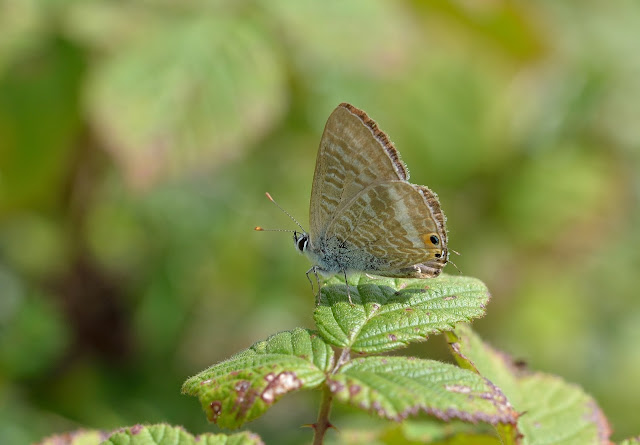 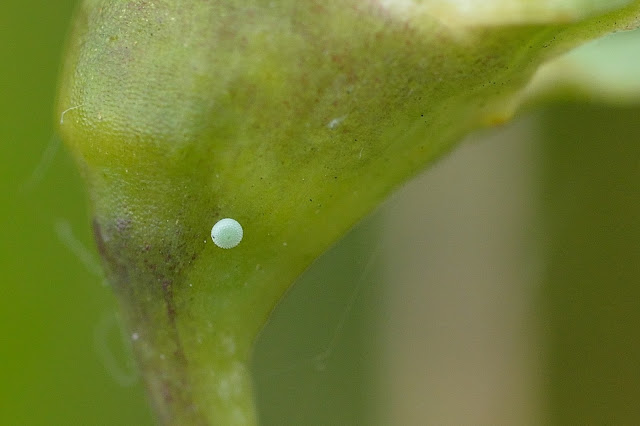 It is now a short wait for the fresh butterflies to start emerging and for those that missed them in 2013 this year could and should be 'the year'. As 2013 showed, these new fresh butterflies tend to stay local to where they emerged for a few days giving a better chance of them being seen.