Following on from the magnificent session with the Pearl-bordered Fritillary it was then on to the River North of Alfriston hoping for some Banded Demoiselles. Both these and the Beautiful Demoiselle are very special insects and I love the challenge of getting a few reasonable images. The weather was still pretty poor which meant the insects were not too flighty for once and a male Banded Demoiselle was spotted quite quickly. 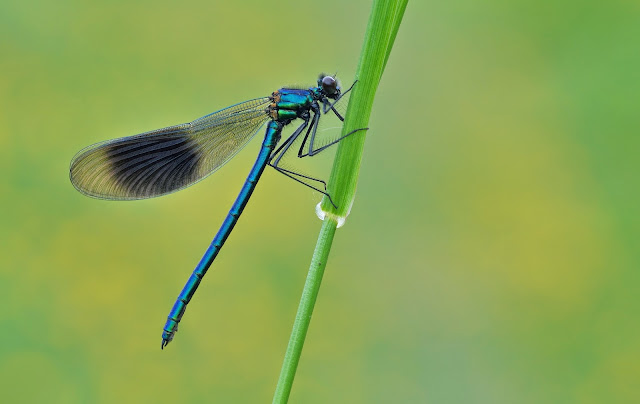 He was then followed to other perches, all made attractive by the shape of the insect. 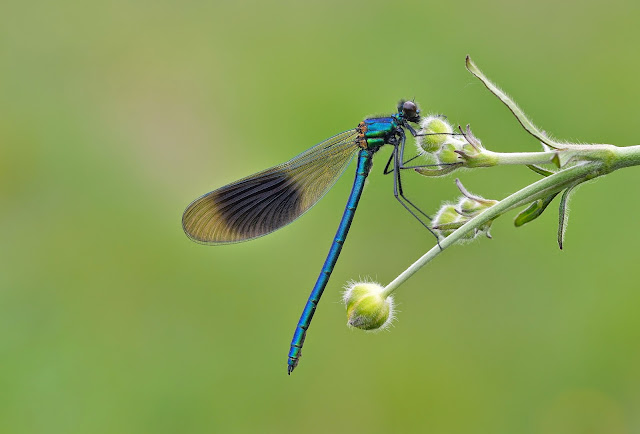 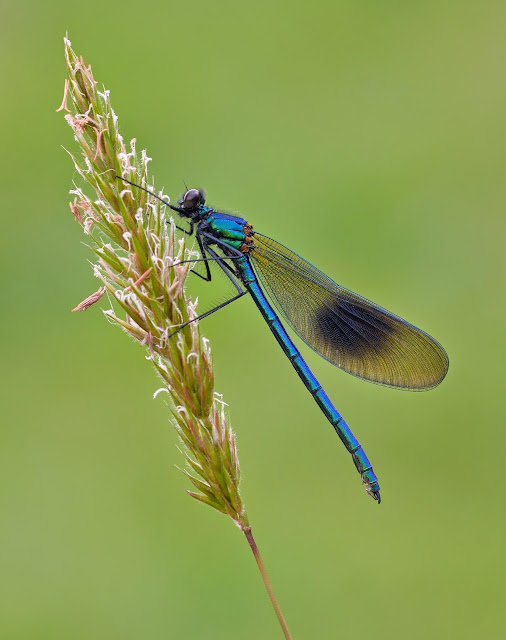 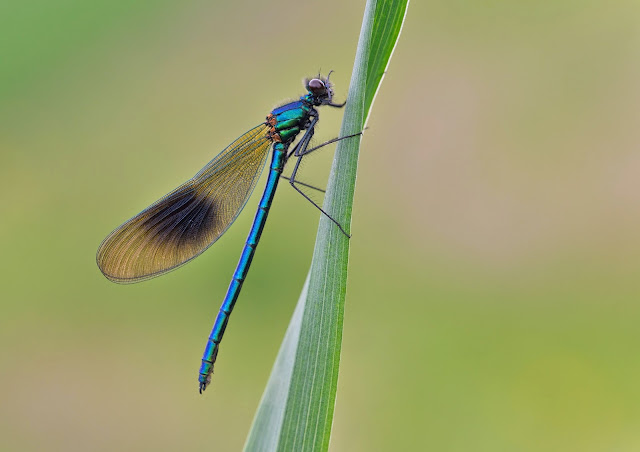 Yet another Drinker larva, this time a fully grown one, was interesting in the fact that it took up a defensive pose when it was approached. 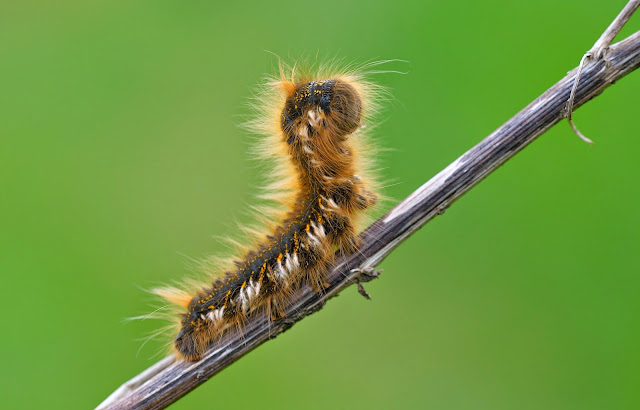 A very nice Large Red Damselfly also posed very well on some grass. Plenty of Mayfly were about as well as Red and Black Froghoppers. 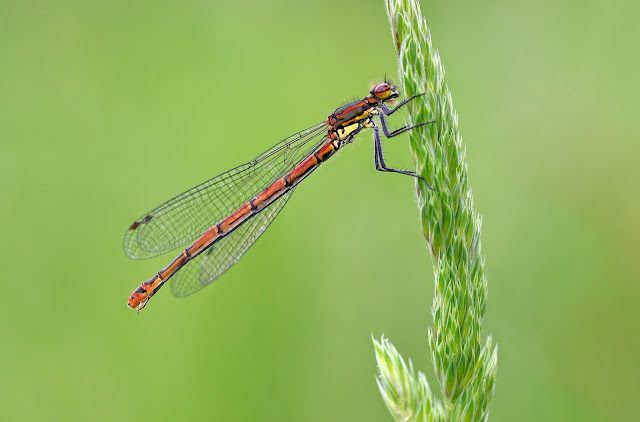 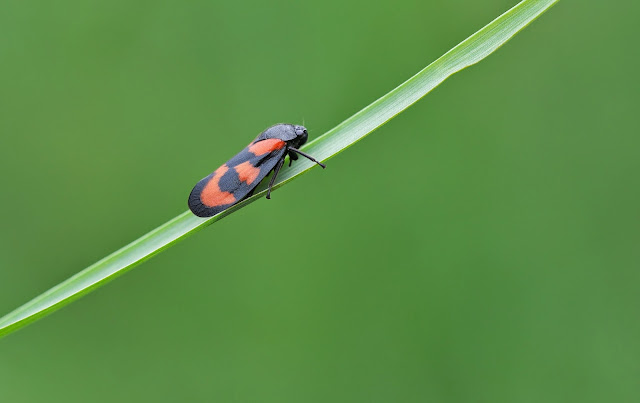 
Posted by Bob Eade. at 14:17
Email ThisBlogThis!Share to TwitterShare to FacebookShare to Pinterest