On Friday I had decided to venture out for both Pearl-bordered Fritillaries and also to try the River Cuckmere north of Alfriston for Banded Demoiselles. The sun was shining until mid morning and as Pete couldn't get here early the cloud built up on the way there. It was then down to massive luck as my eye was caught by a superb female roosting Pearl-bordered Fritillary. This was the only butterfly we saw in the wood!! With one or two slightly brighter patches we managed some open winged shots as well as various roosting shots. 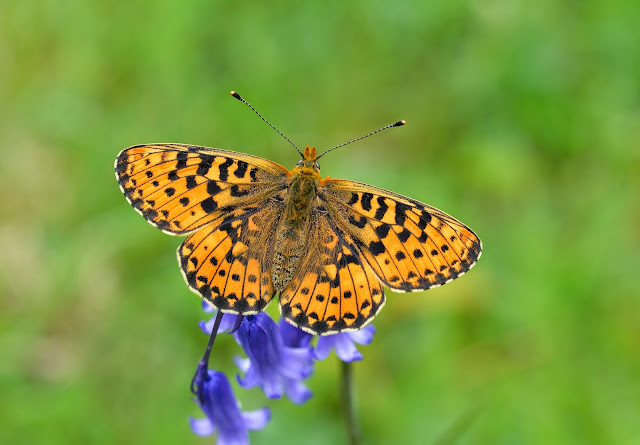 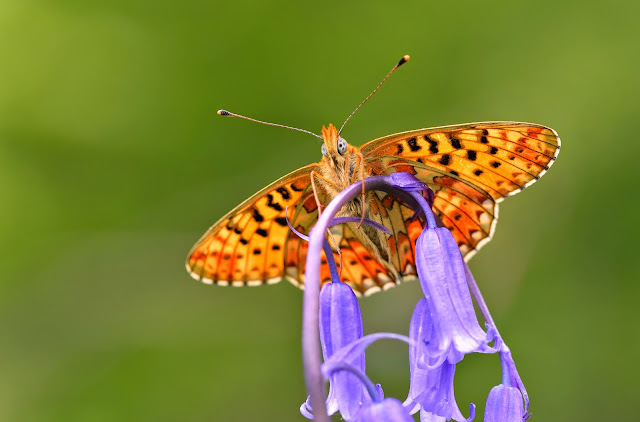 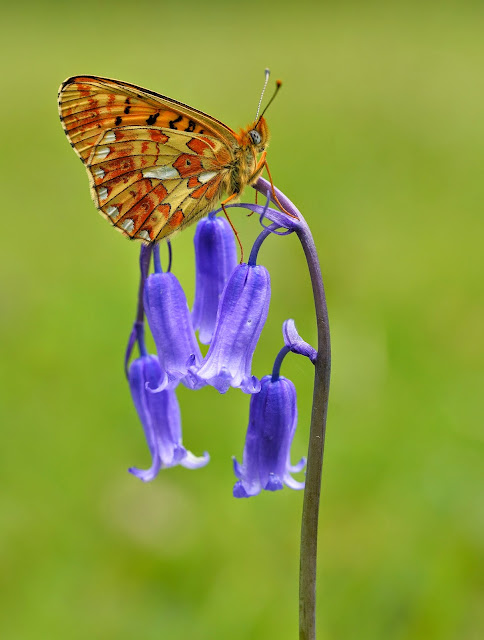 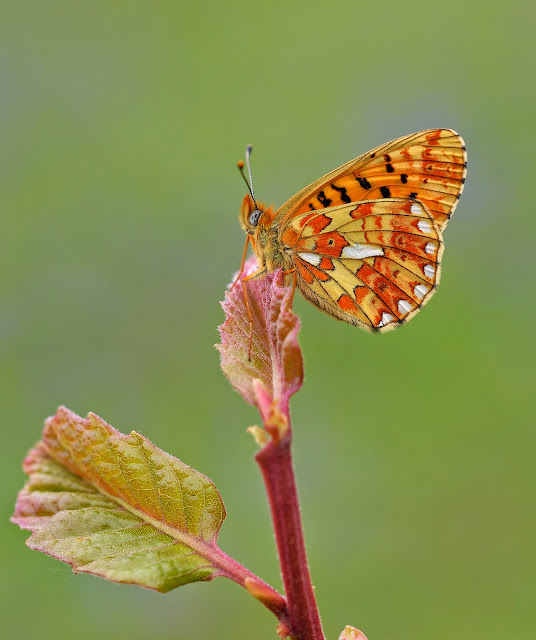 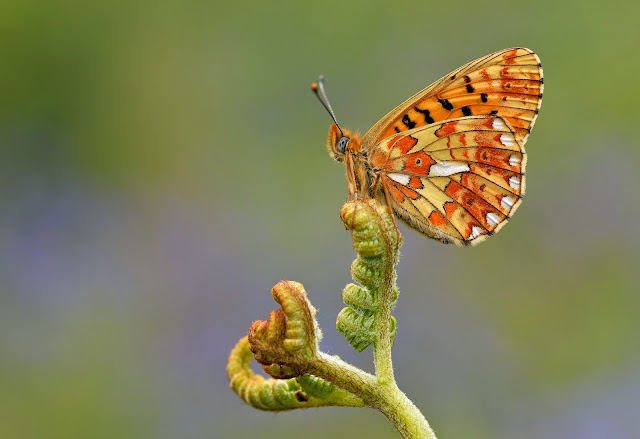 The beautiful Fritillary with a string of pearls around the hind-wing.

With the blue haze of Bluebells in the background and Nightingales singing around us it was a magical morning!!

The day then continued on a positive note with some excellent Demoiselles which will be on my next post.