On Friday, despite the cold, cloudy and windy conditions I ventured out to do a butterfly survey for Butterfly Conservation. At the time it was tempting to just stay at home but having postponed it once already I thought the effort had to happen. Arriving in just 10 degrees of warmth/cold I didn't even see a butterfly for well over an hour. It was a great relief to see a smart Red Admiral suddenly fly up. Soon a bit of blue sky appeared and the hopes went up a little. I was quite surprised when a Small Heath flew up as there are not many of these showing anywhere yet. There were certainly plenty of the micro moth Adela reaumurella flying and a female posed quite nicely for me. A little later another micro moth, the beautifully marked Pyrausta purpuralis settled on the ground near me. This very fresh individual allowed a close approach for a picture. 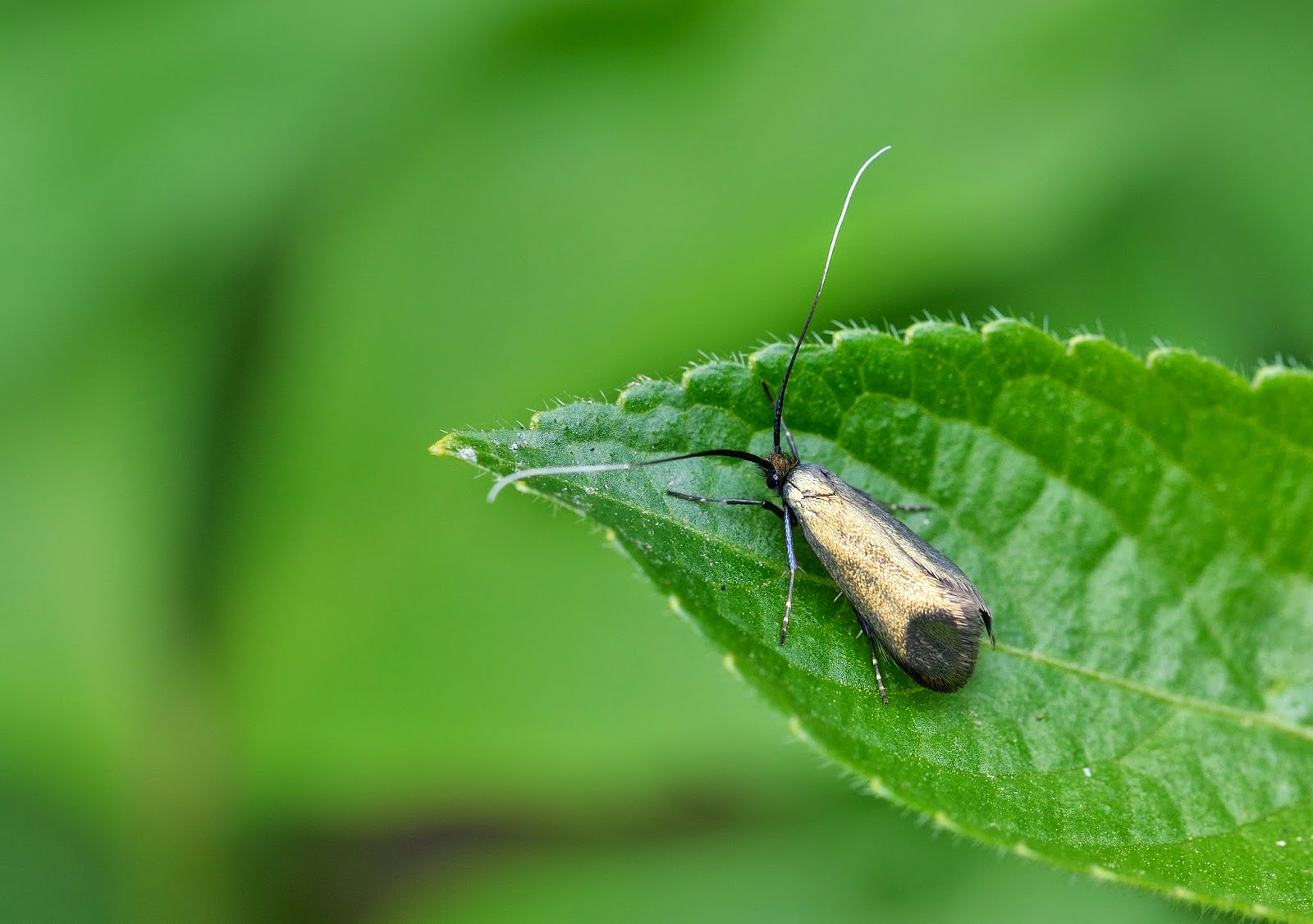 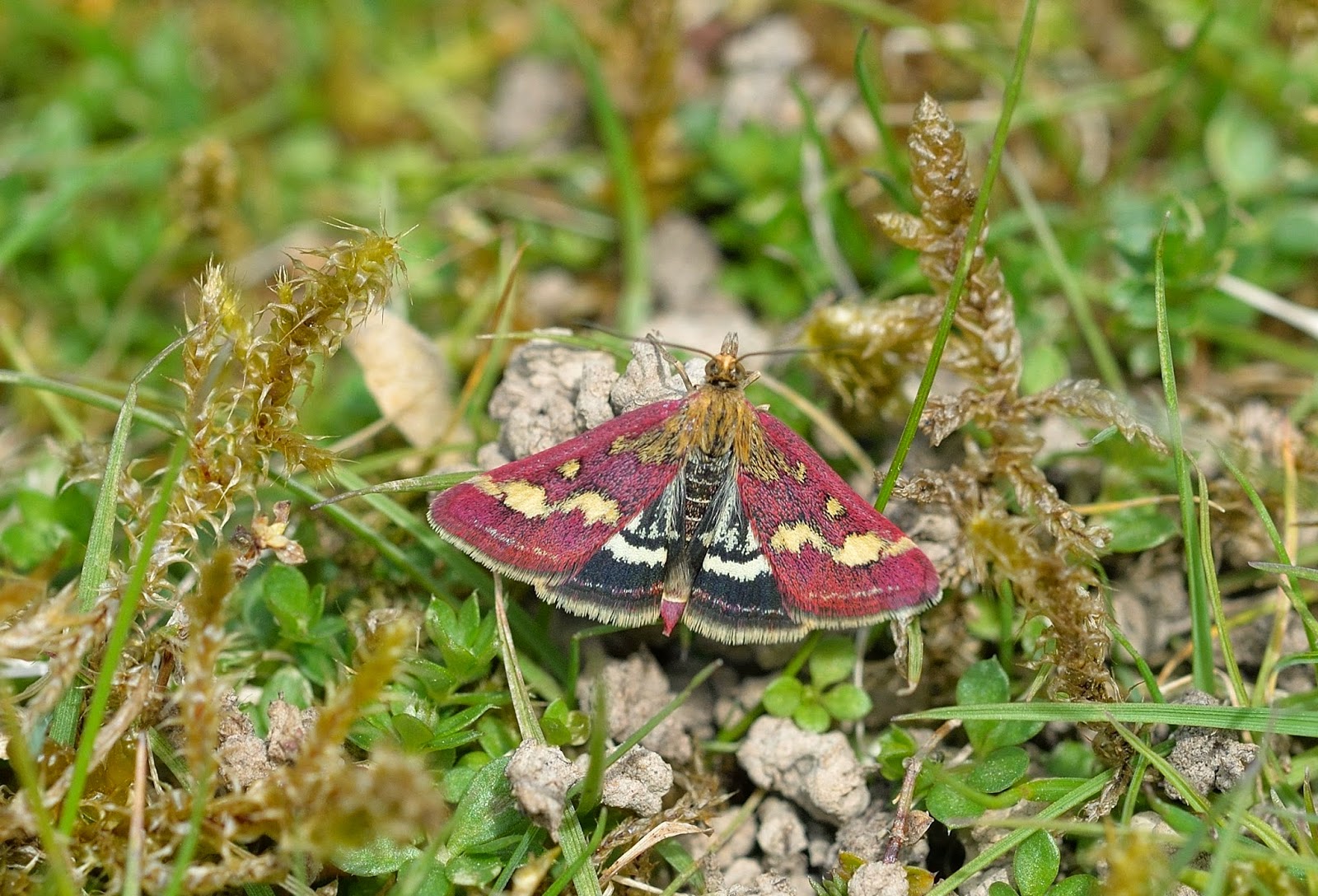 A little later I saw a Hairy Dragonfly in flight. Due to the cool conditions it wasn't flying far and it soon settled and I thought I was in for a chance of a photo of this lovely dragonfly. Unfortunately and very frustratingly it was trying to keep warm by vibrating its wings which meant that the photo is disappointing as the wings are not sharp. However, it was a nice end to the 4 hours of not seeing much else!! Just 5 butterflies in total. 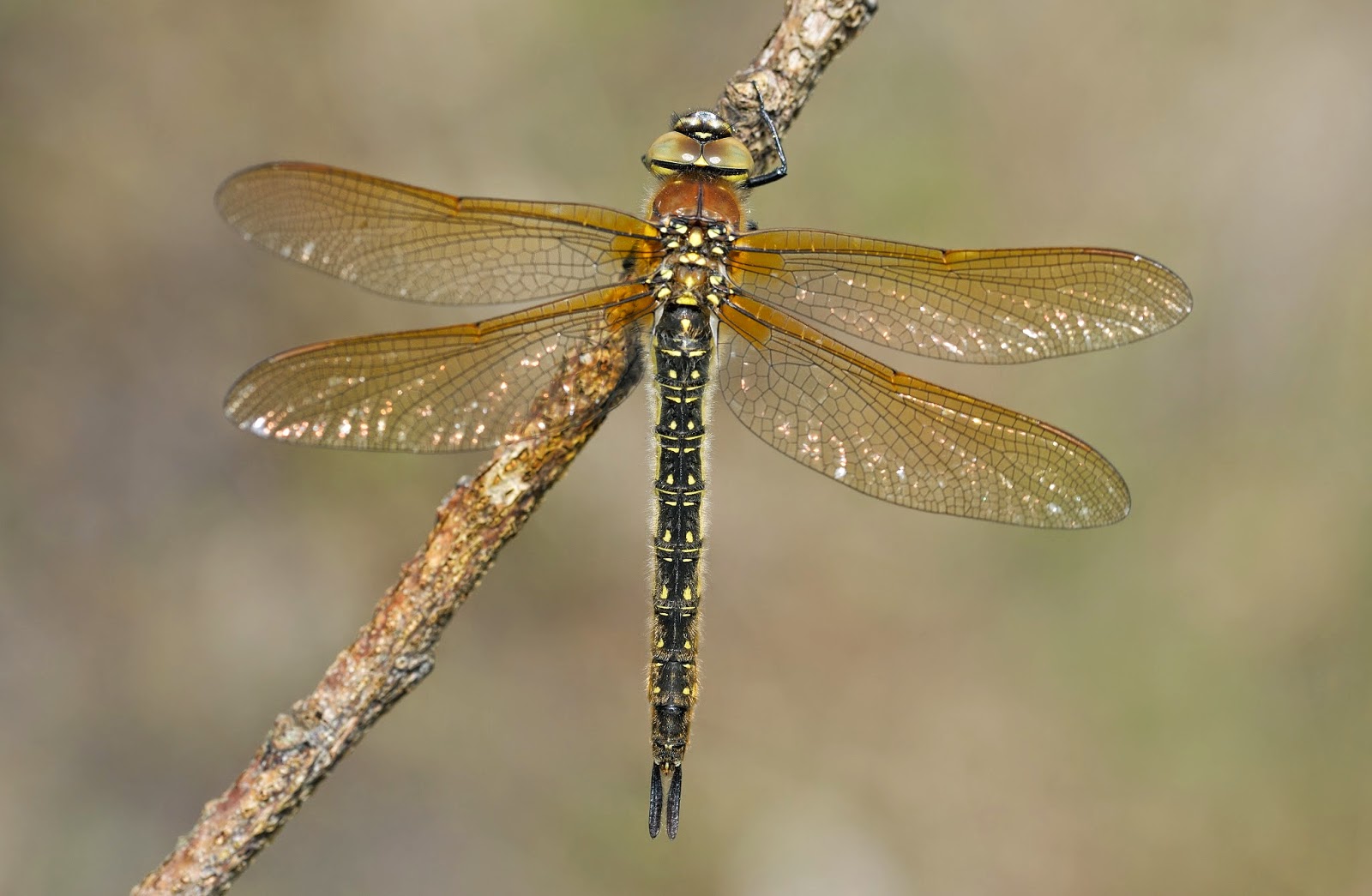 Posted by Bob Eade. at 12:09
Email ThisBlogThis!Share to TwitterShare to FacebookShare to Pinterest