On Wednesday the weather was cold and with a promise of rain it was a risk even thinking of going out. However, the rain held off long enough to see my first Pearl-bordered Fritillaries of the year with at least 2 seen in the brief brighter patches. I did find a large cluster of partially hatched eggs which my learned friend, Nigel, informed me were eggs of the Vapourer Moth. 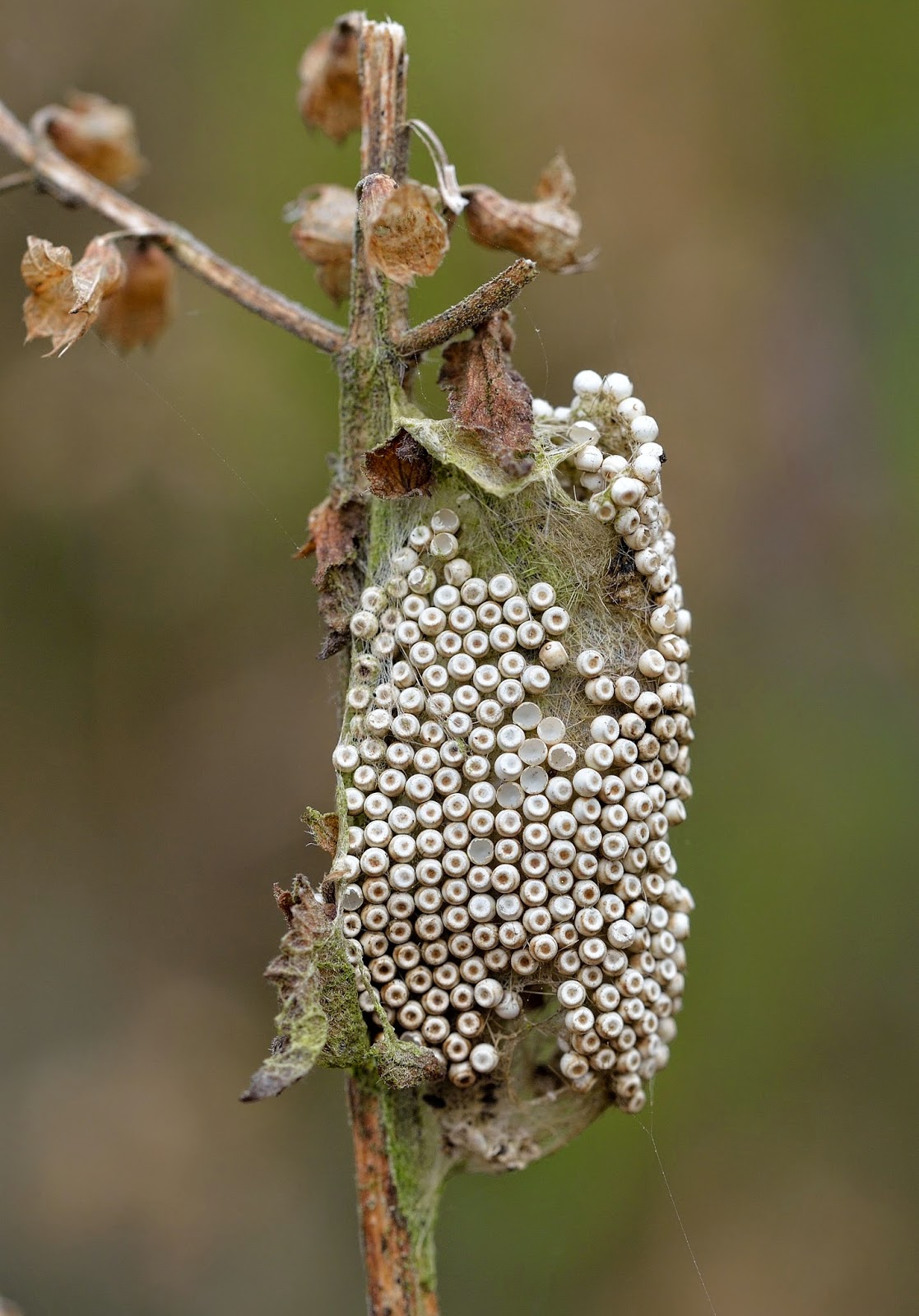 Yesterday it was back to being local checking out the Grizzled Skippers and Green Hairstreaks. Although it was sunny it was pretty chilly in the stiff breeze and the butterflies were only showing in the sheltered areas. One surprise was a freshly emerged Brown Argus flying, my 20th species this year. I called back again later to look for roosting Skippers and to check out the Wall Brown pupa. I had just about given up on finding a roosting butterfly when I spotted a Grizzled Skipper asleep on the top of a bush. One Marbled White larva also found. 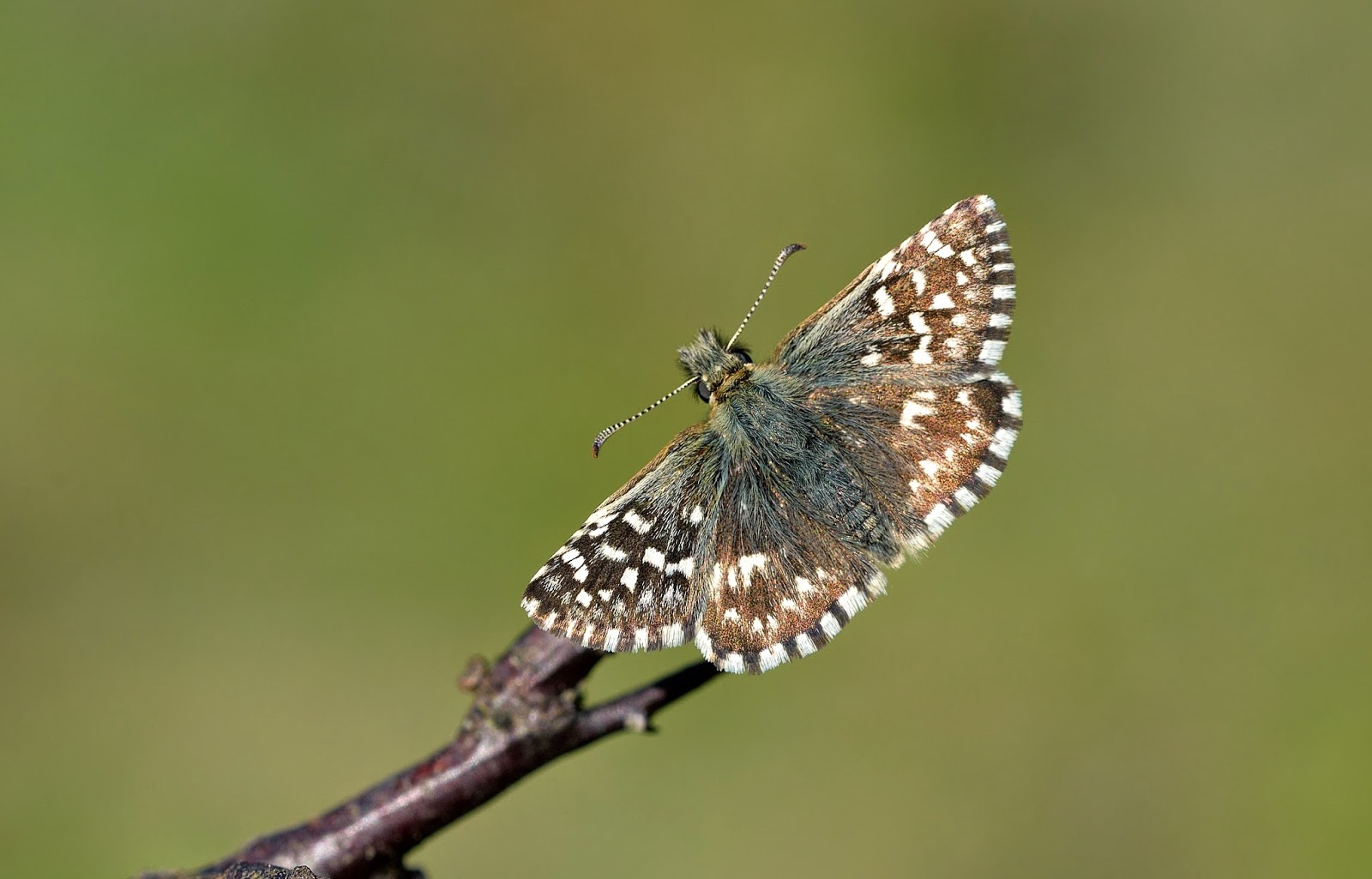 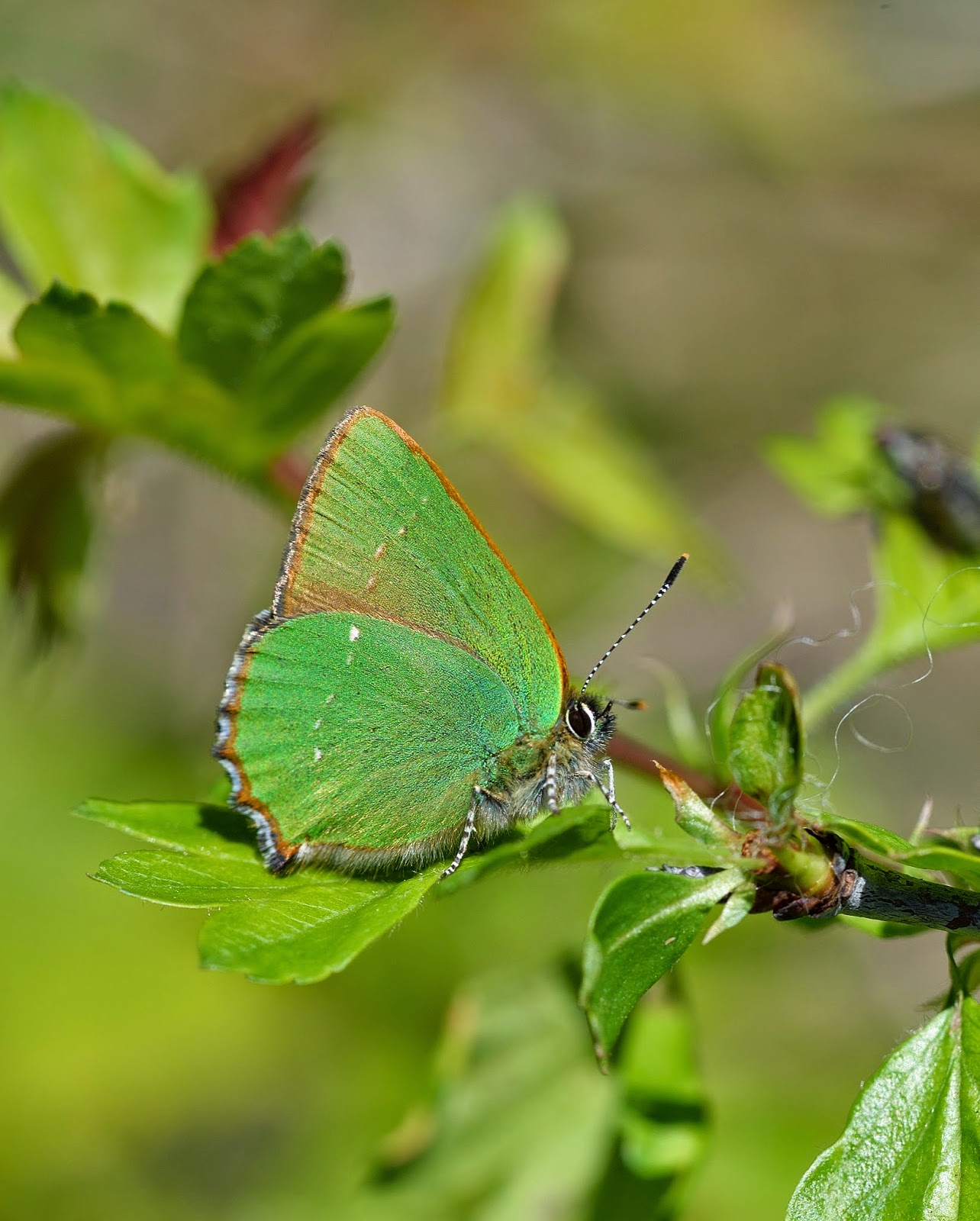 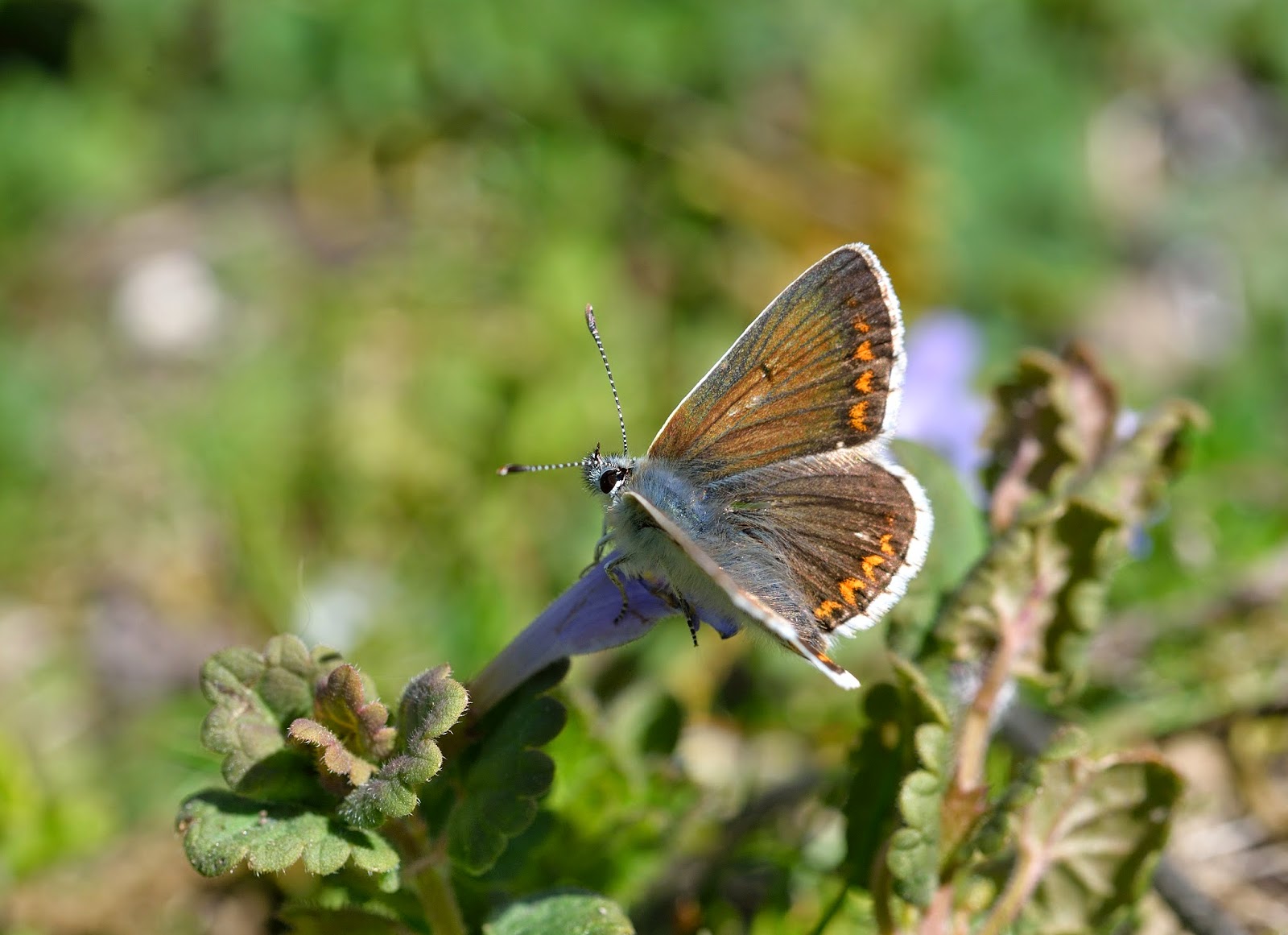 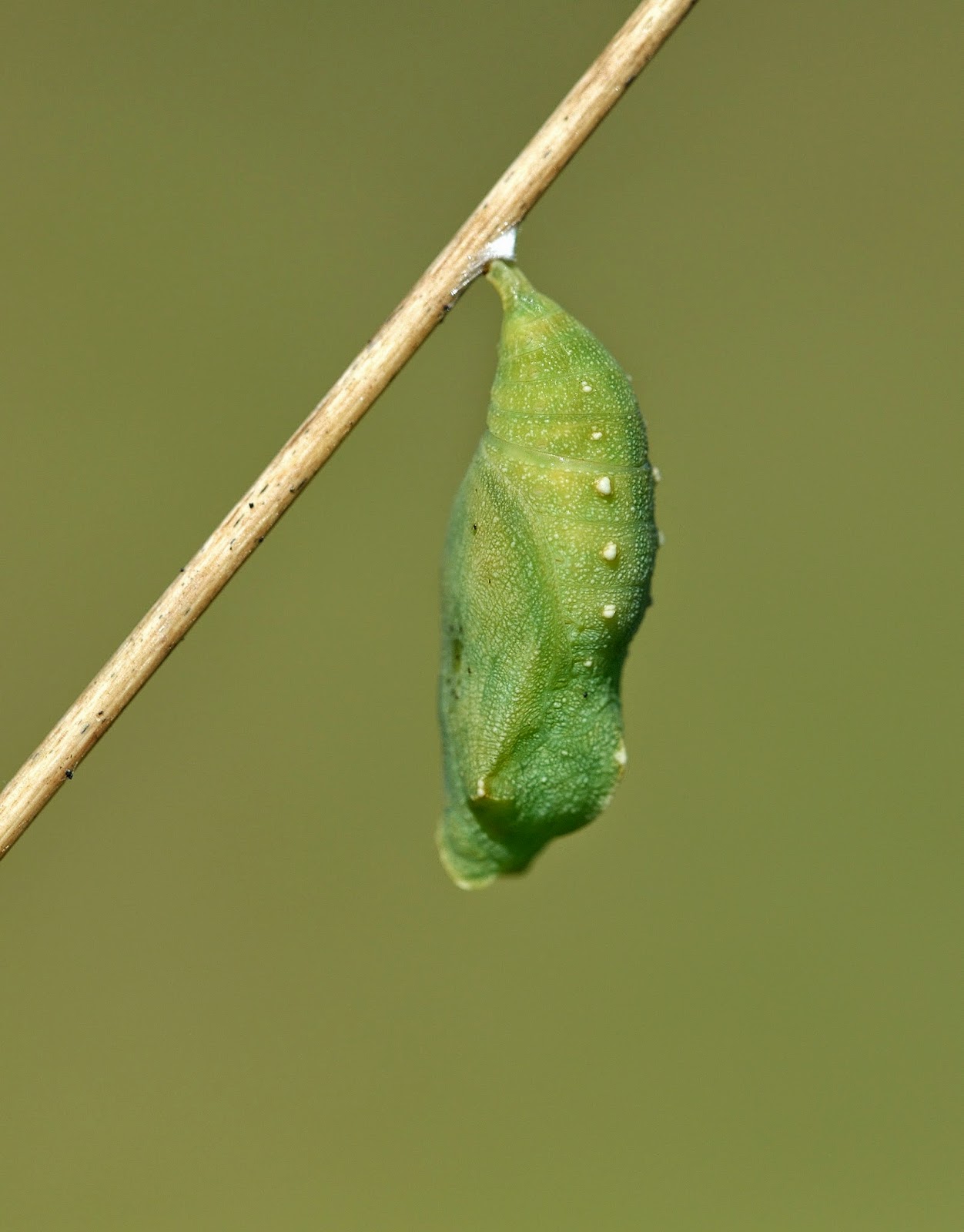 Wall Brown pupa, one week after being found. 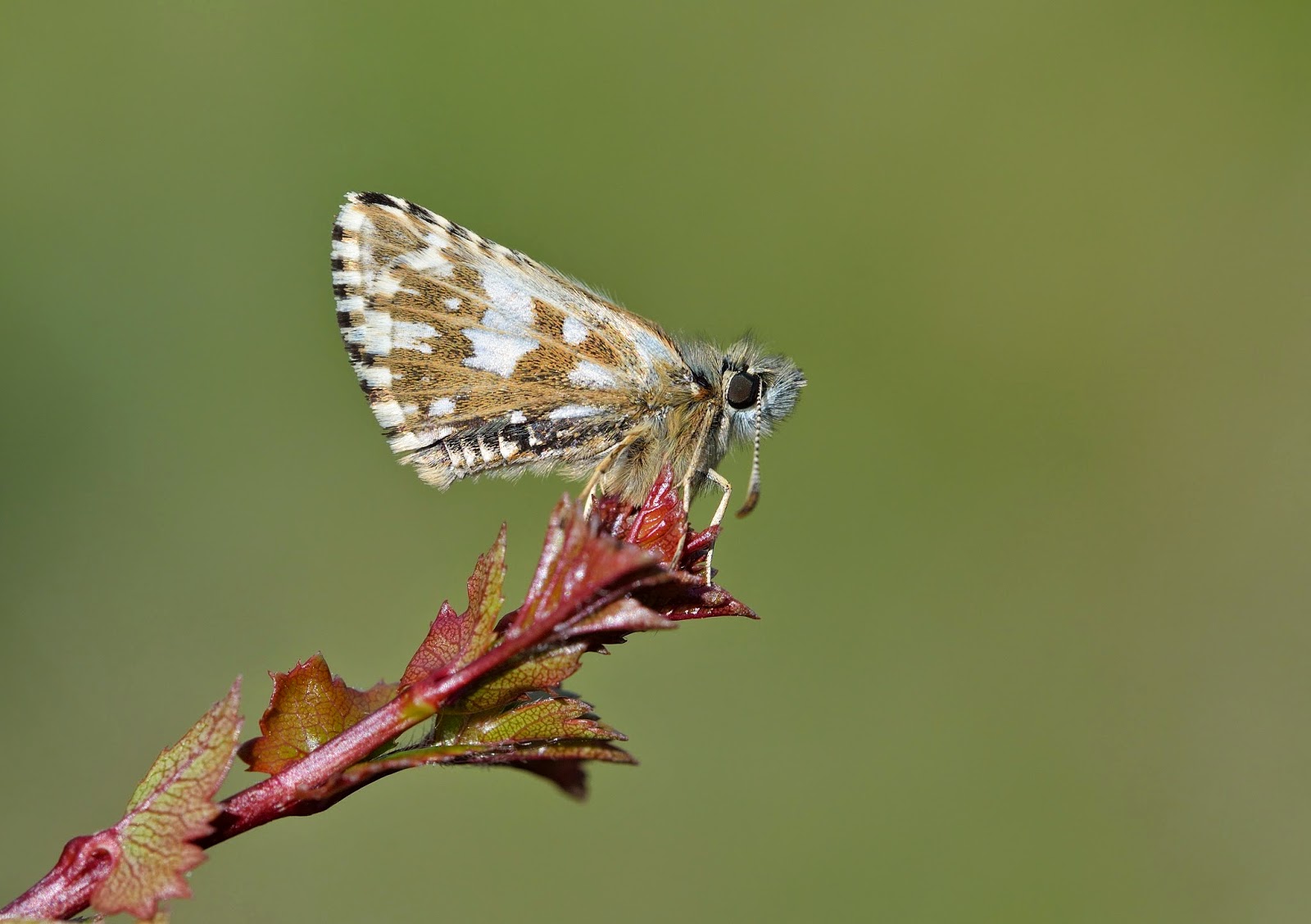 Posted by Bob Eade. at 19:15
Email ThisBlogThis!Share to TwitterShare to FacebookShare to Pinterest