Most of the summer I have been having visits from Hummingbird Hawk Moths with up to 2 at a time. Although I had over 30 visits in total I only managed a couple of half decent shots. It was great though just watching these brilliant moths nectaring in the garden. 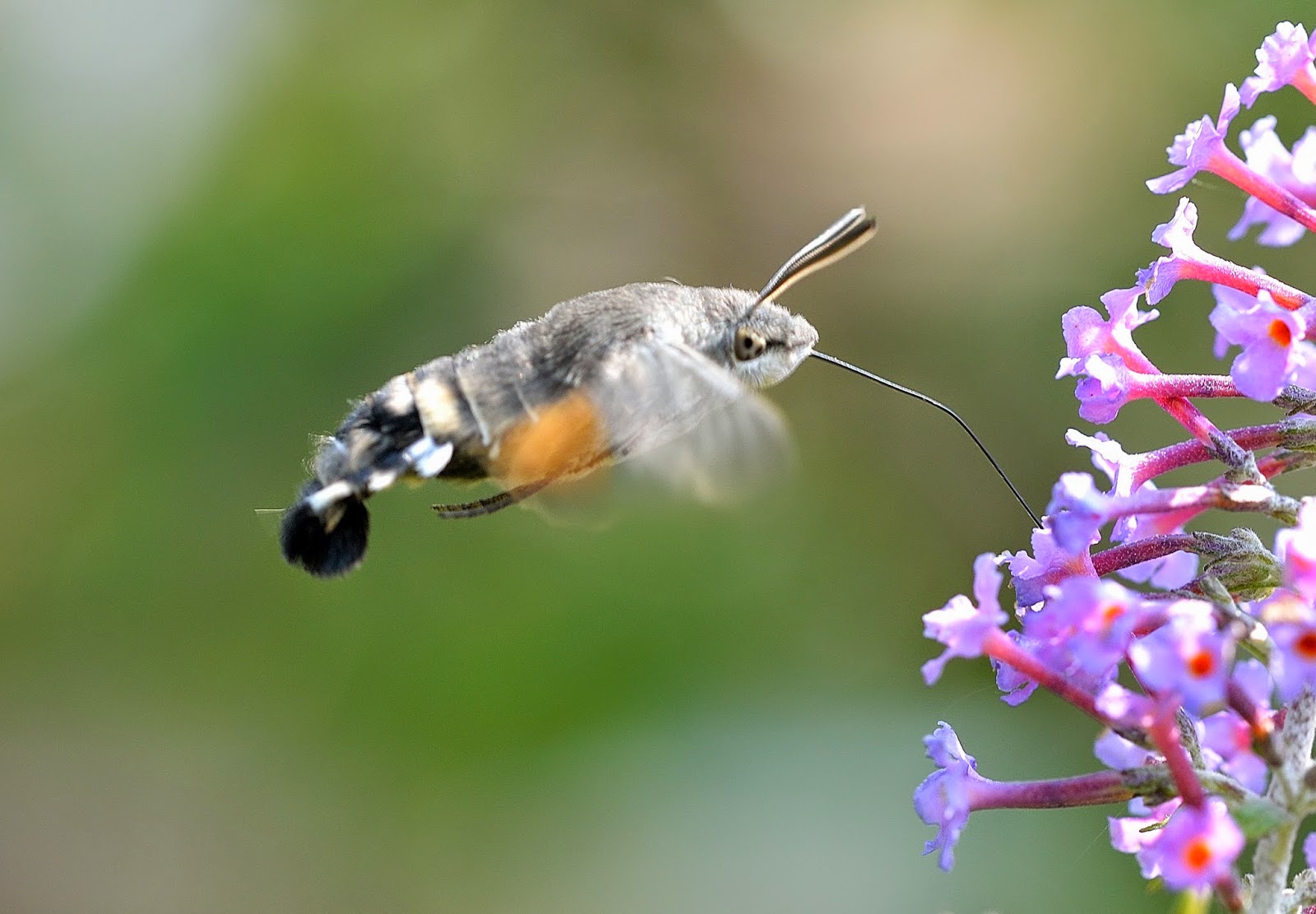 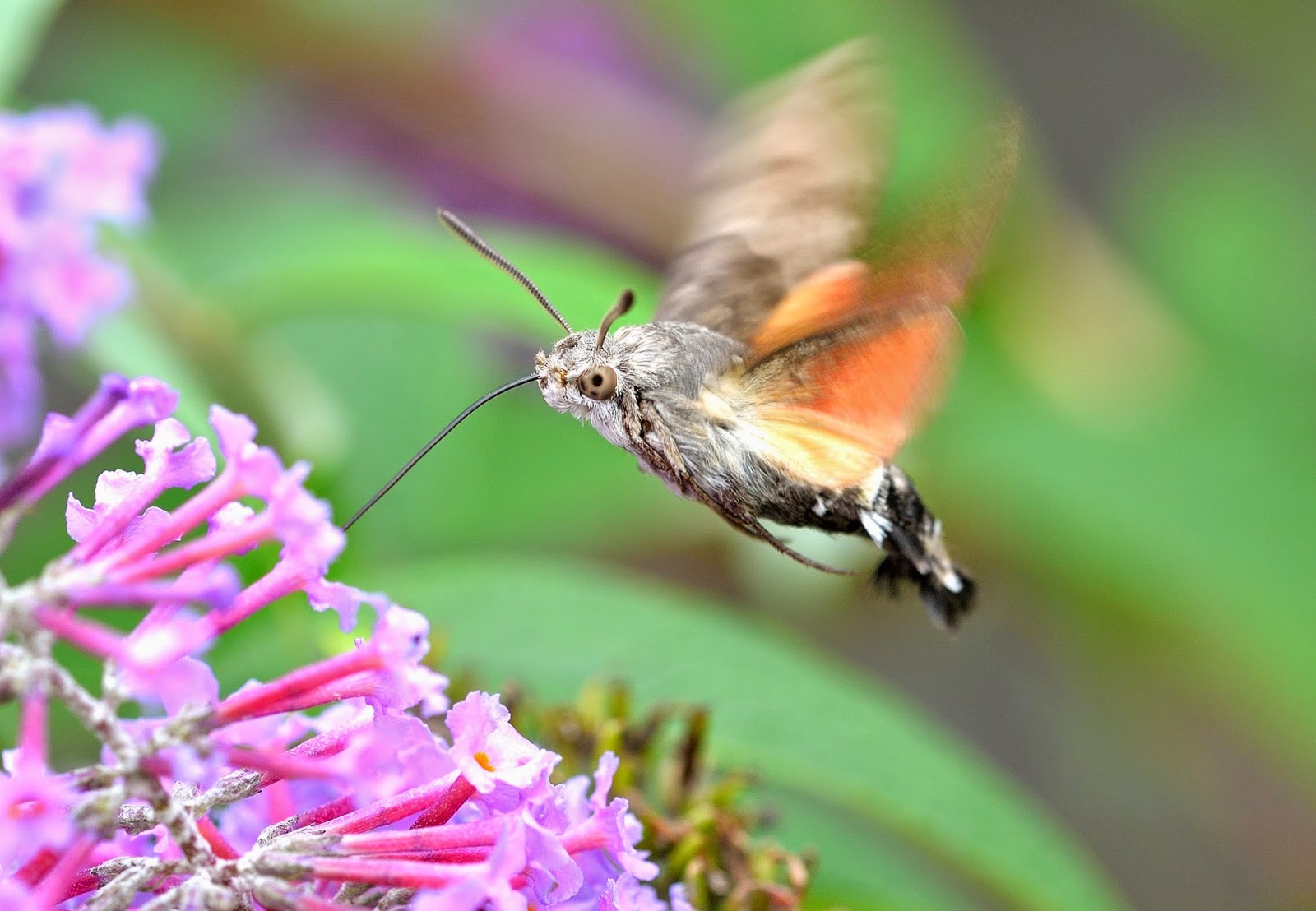 Back in August I was having breakfast in the garden when I noticed that the fuchsia had some half eaten leaves on it. It was then a little hunt to look for the culprit which I was confident would be an Elephant Hawk Moth larva. After a little while I found it in its penultimate stage. I was hoping to get it again when it was fully grown, but I couldn't find it once it would have reached this stage. I did manage to find a fully grown one a couple of years ago though when we were away in Bradford-on-Avon which I have included here. 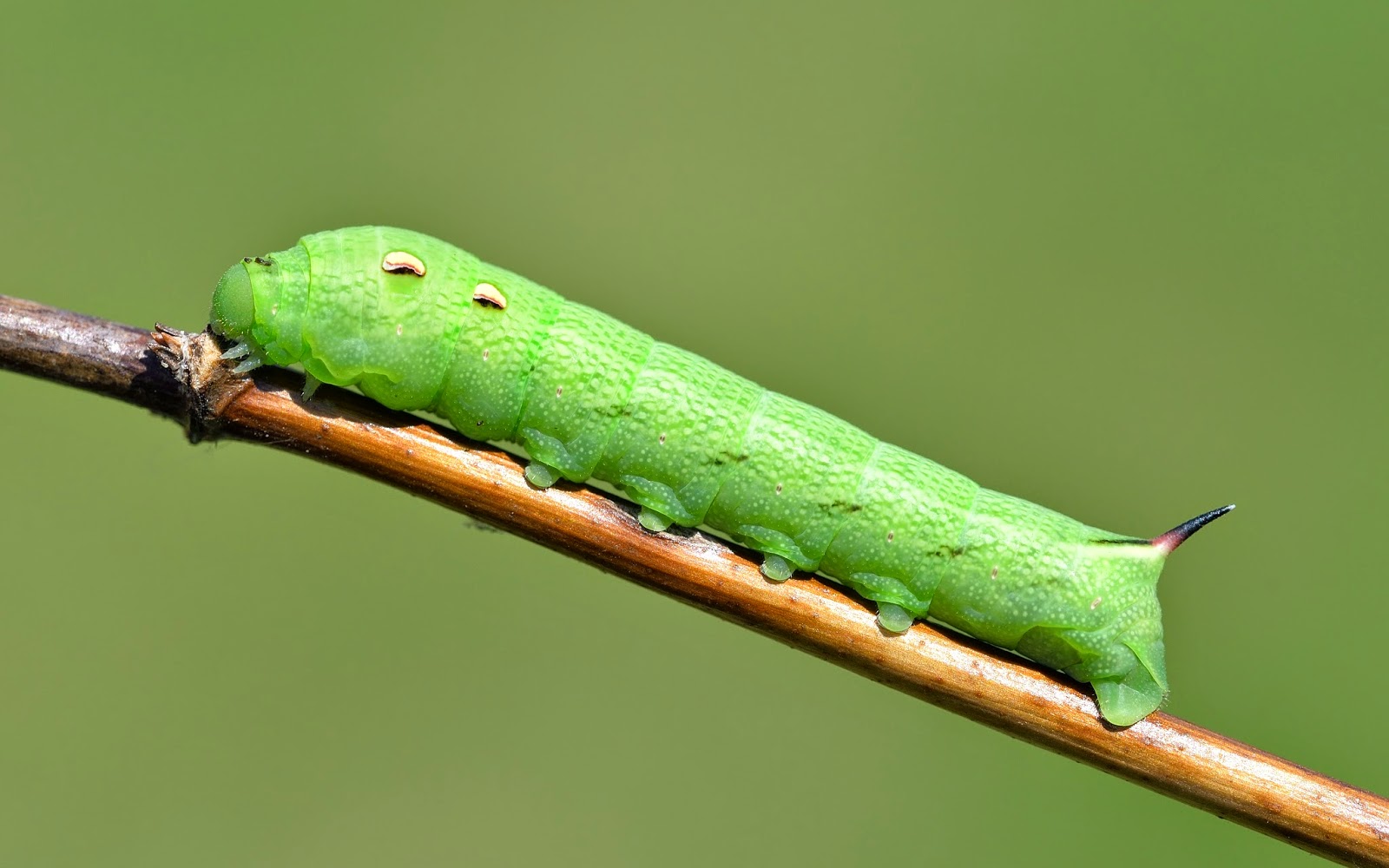 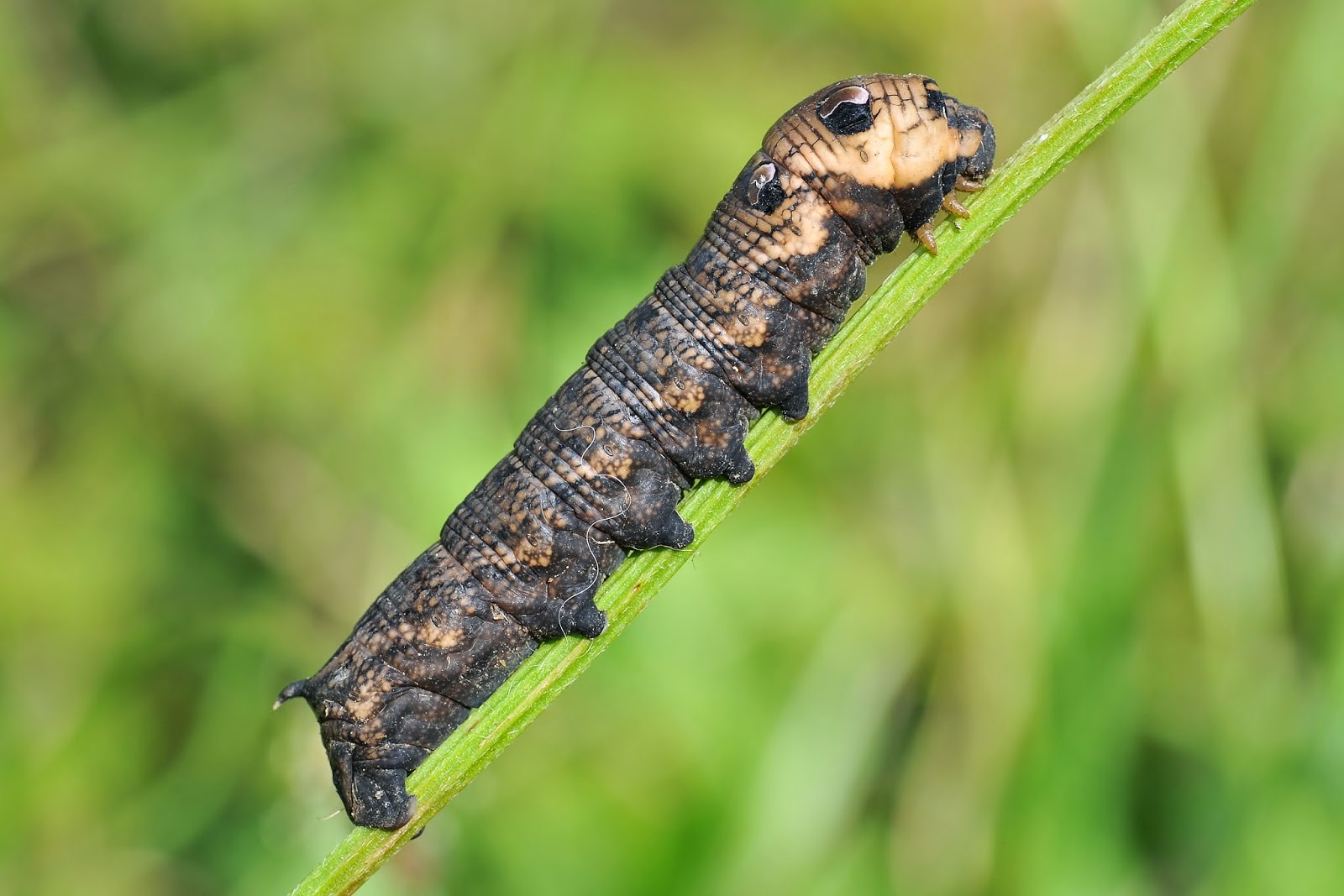