With little chance of getting out for a few days I thought I would look back on my previous efforts at this time of year and my thoughts went back to 3 years ago in very early October when I came across one of my rarest and strangest moth finds.
In 2011 there had already been a few sightings in the Beachy Head area of the Crimson Speckled Footman but at this time I was only just getting into moths so these sightings didn't really hold too much significance for me. I was really looking for Clouded Yellows as I was walking along between Birling Gap and Shooters Bottom when I disturbed a whitish looking moth that I almost dismissed. However, I did take a closer look and it was a white moth with lots of crimson and black spots on it. If only I knew then how rare this moth was!! 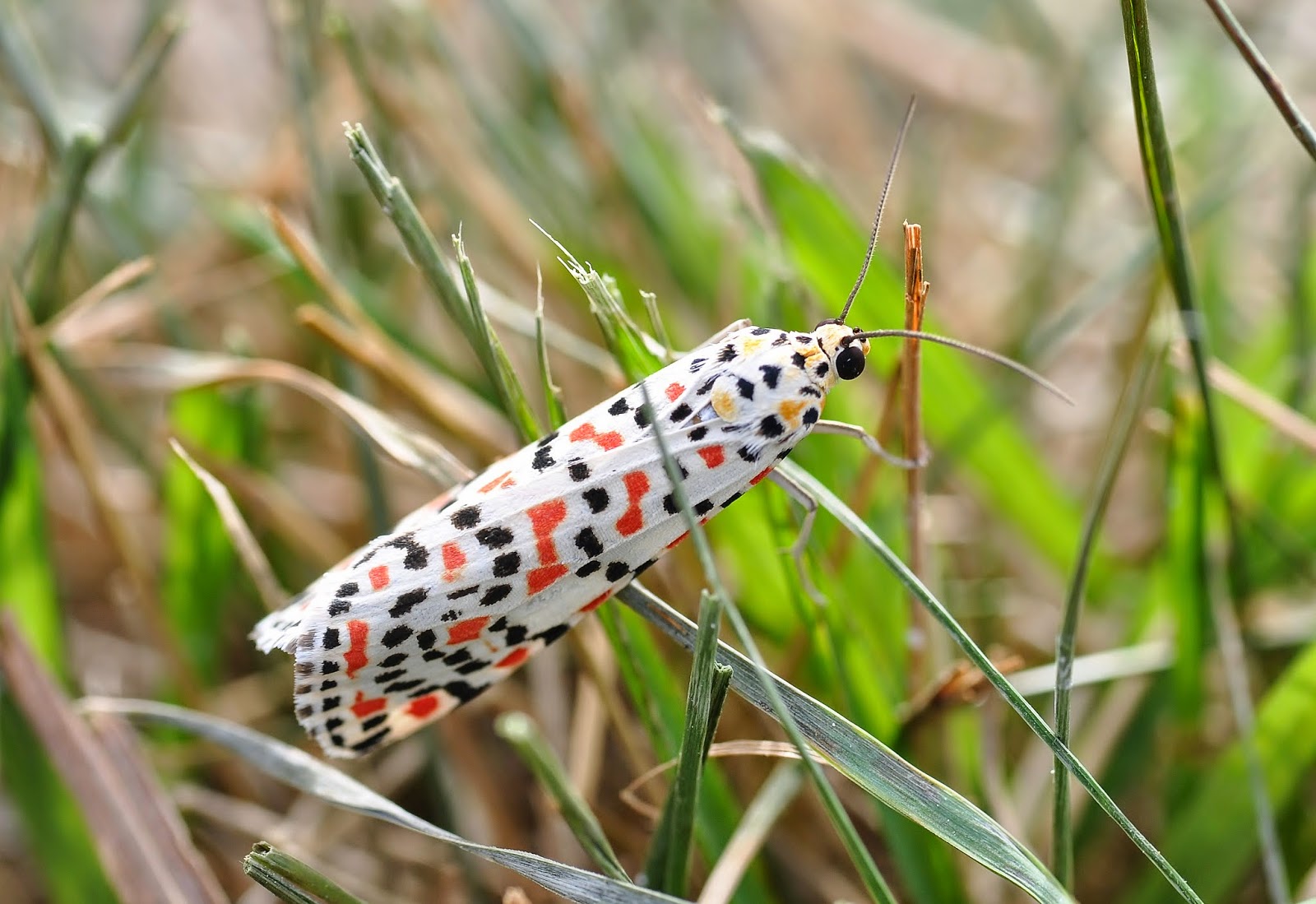 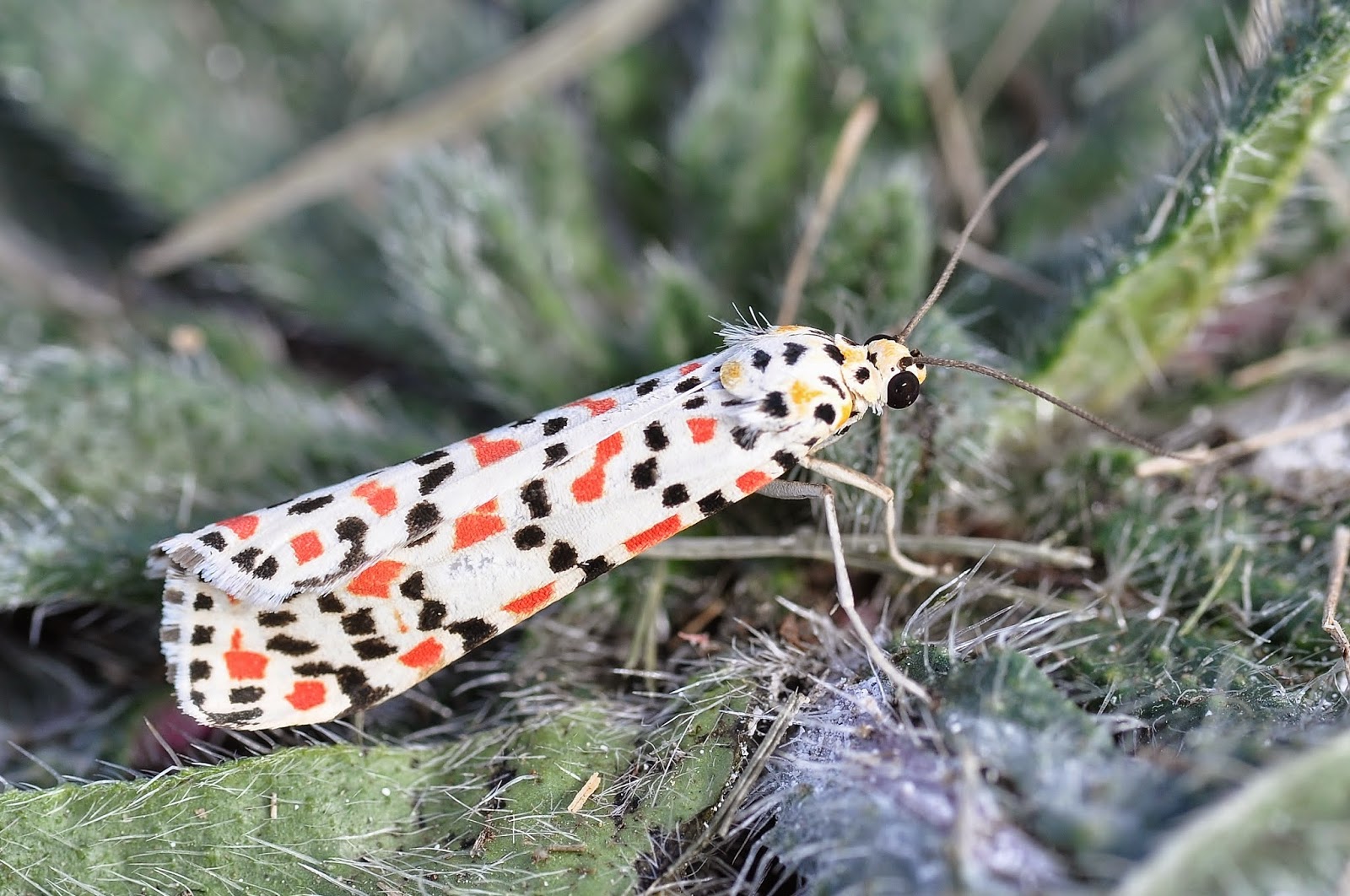 I took several pictures of it before moving on. Apart from a couple of Adders around the bushes I didn't see anything else of interest so on my return I checked on the moth and it was still in the same spot. On approaching it it flew onto some flowers and started to nectar. 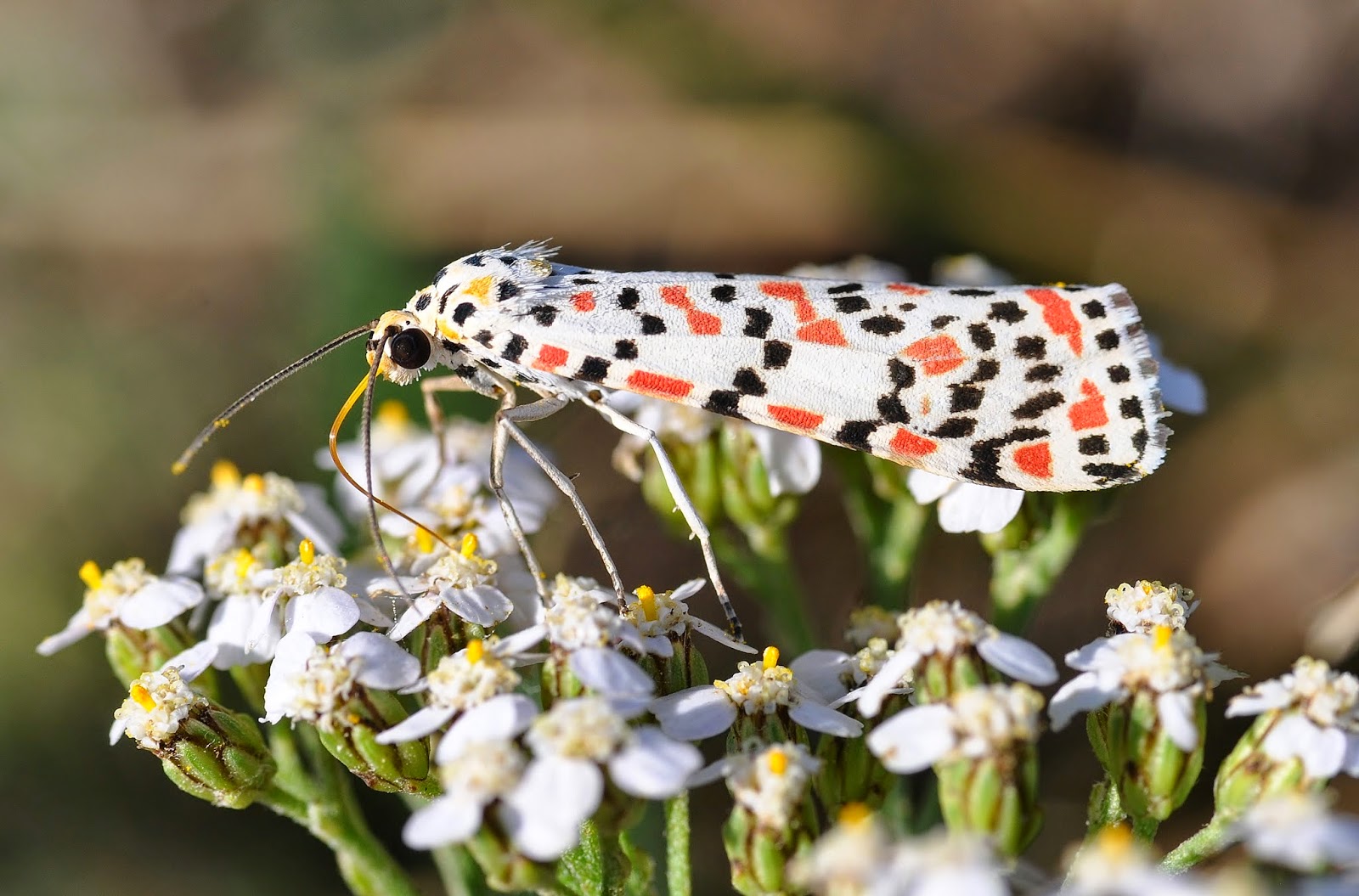 On getting home I looked in my in my old History of Butterflies and Moths in Sussex by Colin Pratt and saw that it was an extremely rare migrant moth with very few records over the past 100 years. Obviously 2011 was an exceptional year for them with a few sightings along the south coast, in fact Michael Blencowe and Graeme Lyons had one the same day after moth trapping nearby. Their moth  though was a different individual as photos showed the spotting pattern was very different.
Whenever I walk along that area near Beachy Head I still remember that find and I live in hope of another sighting of this great little moth, especially at this time of year!!

Posted by Bob Eade. at 11:02
Email ThisBlogThis!Share to TwitterShare to FacebookShare to Pinterest