With Pen once again at the hospice I managed a whole day with Nigel on the local Levels looking for more dragonflies and any other delights.
On the Fleabane was a very fresh Painted Lady and Red Admiral. We were also surprised to find some more Raft Spiders on the ditches. Dragonflies were very numerous and a male Brown Hawker surprised us by settling nearby and actually sitting tight for a couple of minutes. 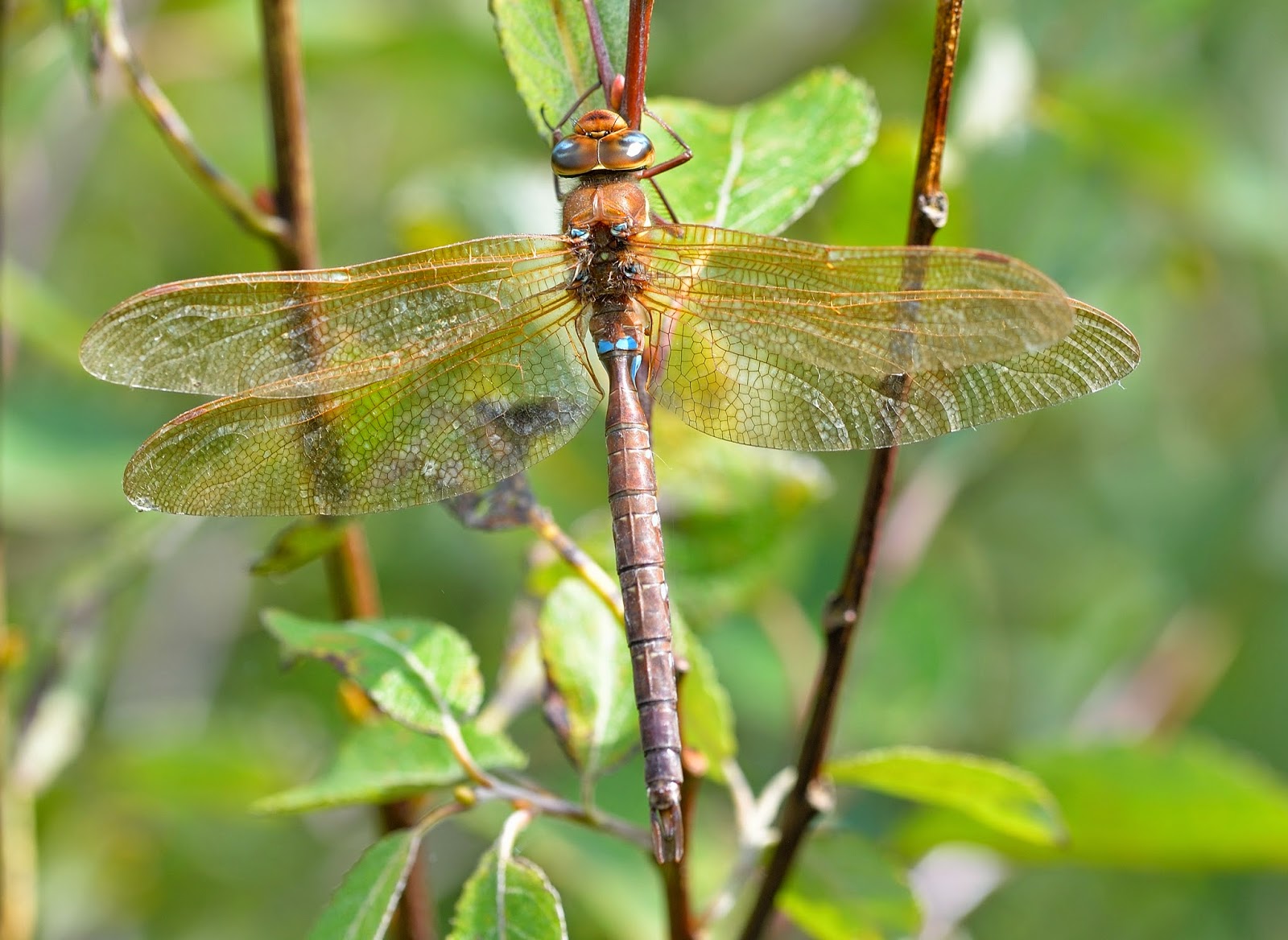 Two mating pairs of Southern Hawkers were seen and whilst following one pair I disturbed a Common Frog. It has been some time since I last saw this type of frog so it was good to get a good look at it. 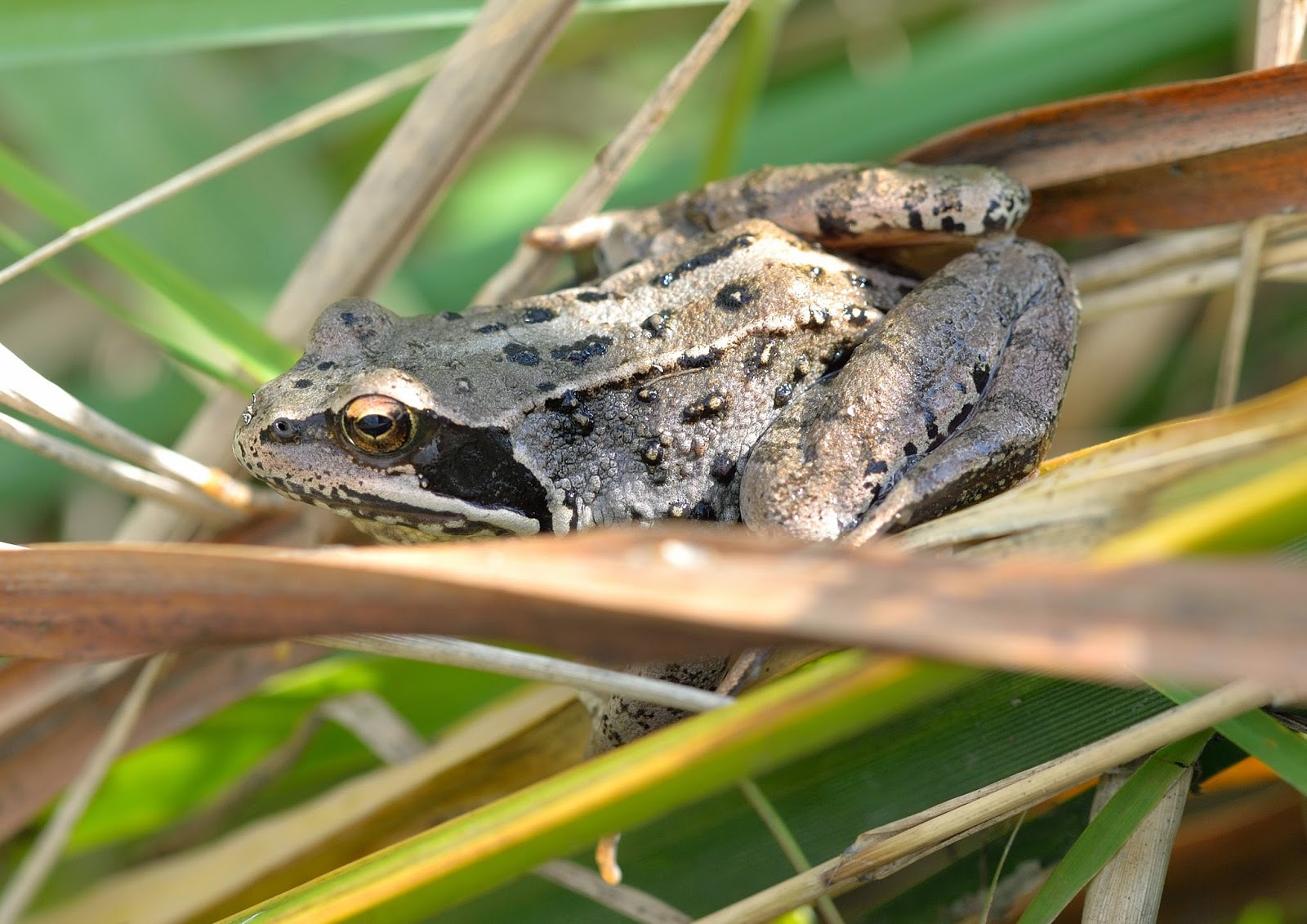 The most common dragonfly was the Migrant Hawker with lots of males hunting and occasionally settling. 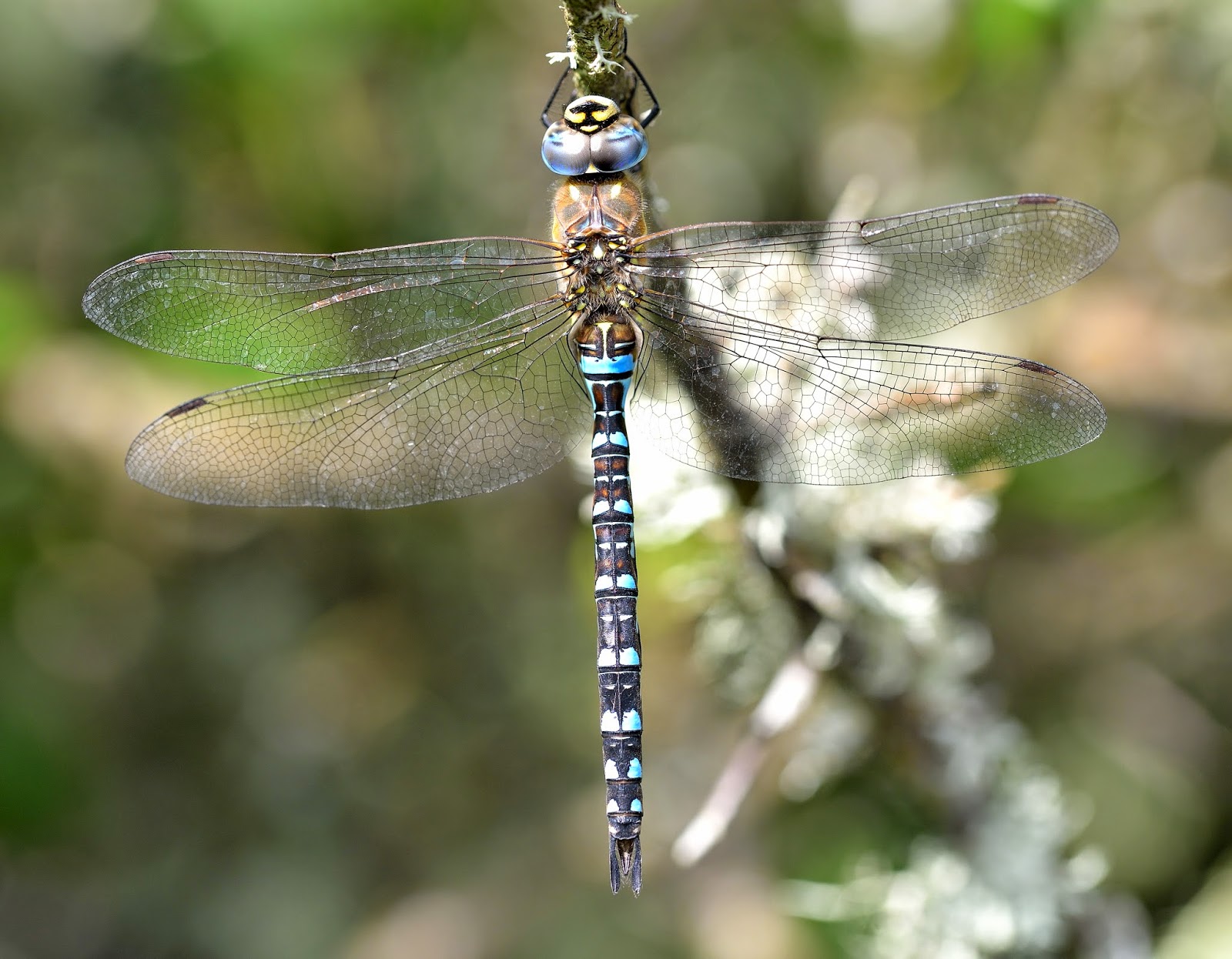 On the way back to the car I was watching a Brown Hawker hunting nearby. I saw it catch a small insect and it then settled on a post to eat it. I crept up on it and managed a sideview shot of it. At this point I saw that it had caught a Ladybird and as it had eaten the inside it dropped the shell. Although the wire on the fence was a slight distraction it does show the fabulous eye of this magnificent species. 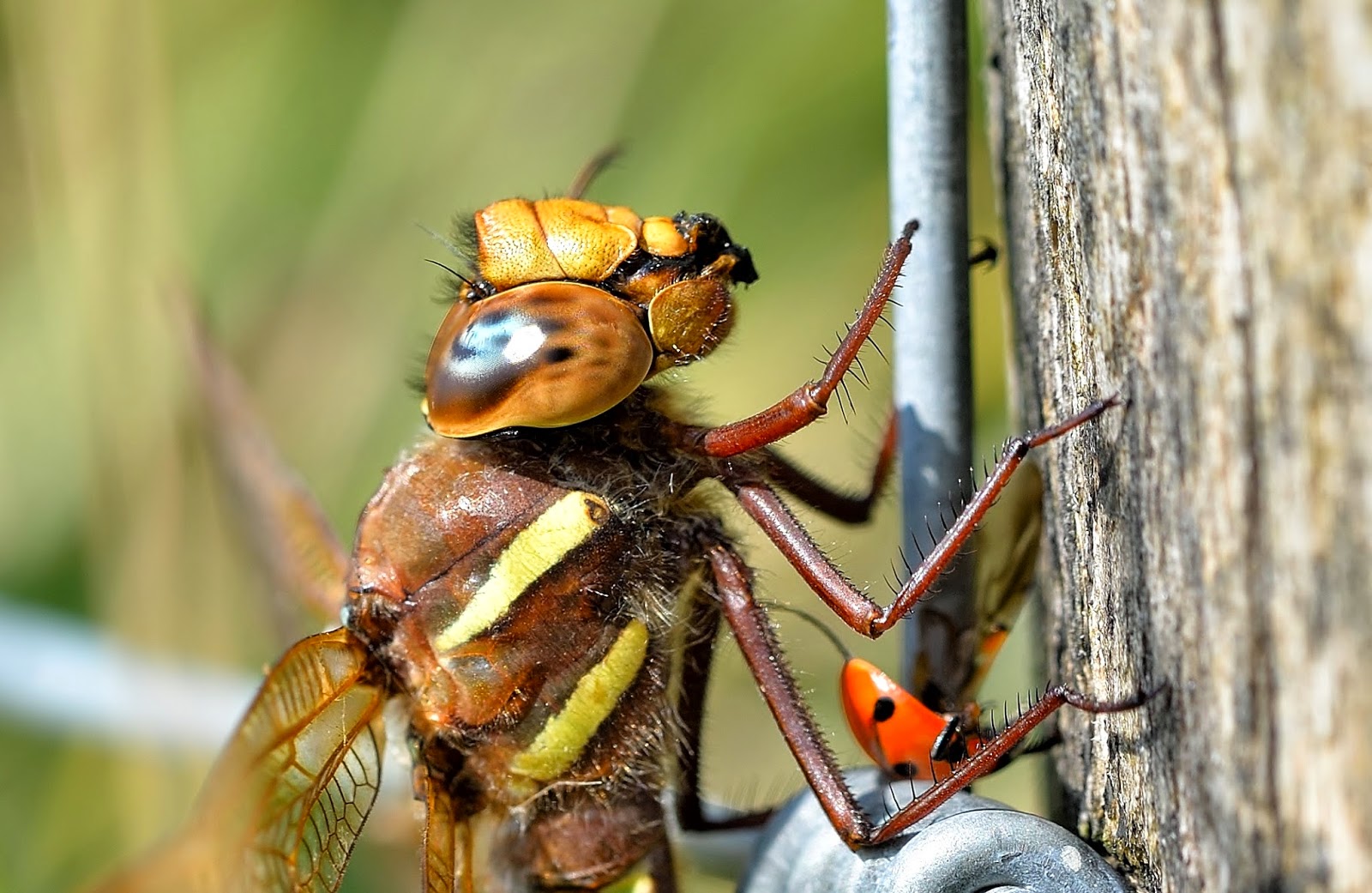 Posted by Bob Eade. at 18:47
Email ThisBlogThis!Share to TwitterShare to FacebookShare to Pinterest