I have never seen the Small Red-eyed Damselfly before so on hearing that they had been showing on a site near the River Cuckmere I decided to go and have a look, this despite the overcast conditions. On arrival I was soon seeing some of these little gems, and it became obvious straight away that a lot of patience was needed to get any pictures of them.
The first picture I managed was of a teneral female just after it took its first flight. 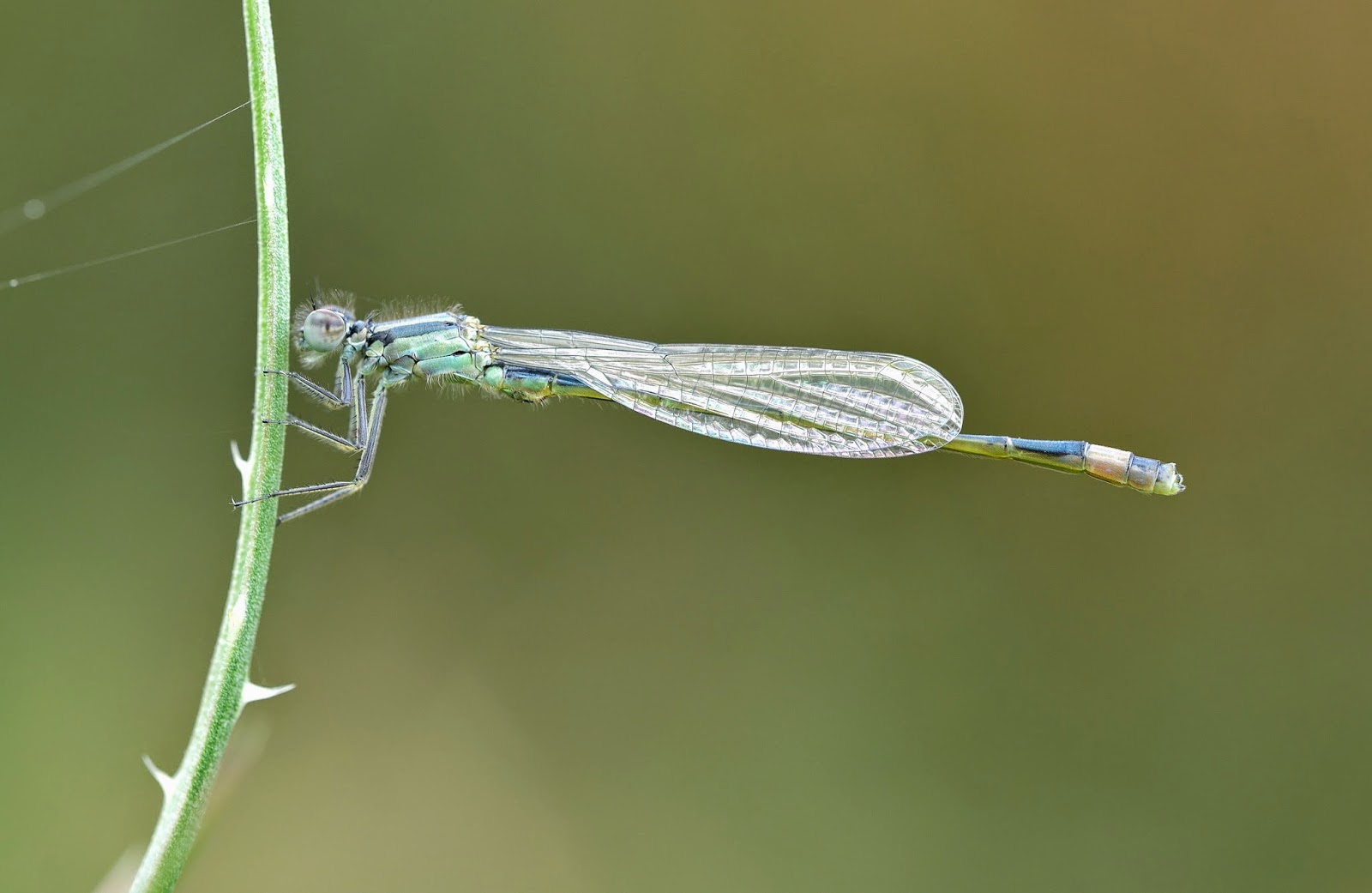 After this it was a case of watching and waiting for one to perch in a spot that was easy to get to and one where a slow crouched approach didn't spook the damselfly. In the end I managed a few reasonable shots although I would have liked better lighting and less of a breeze blowing which made it very tricky!! 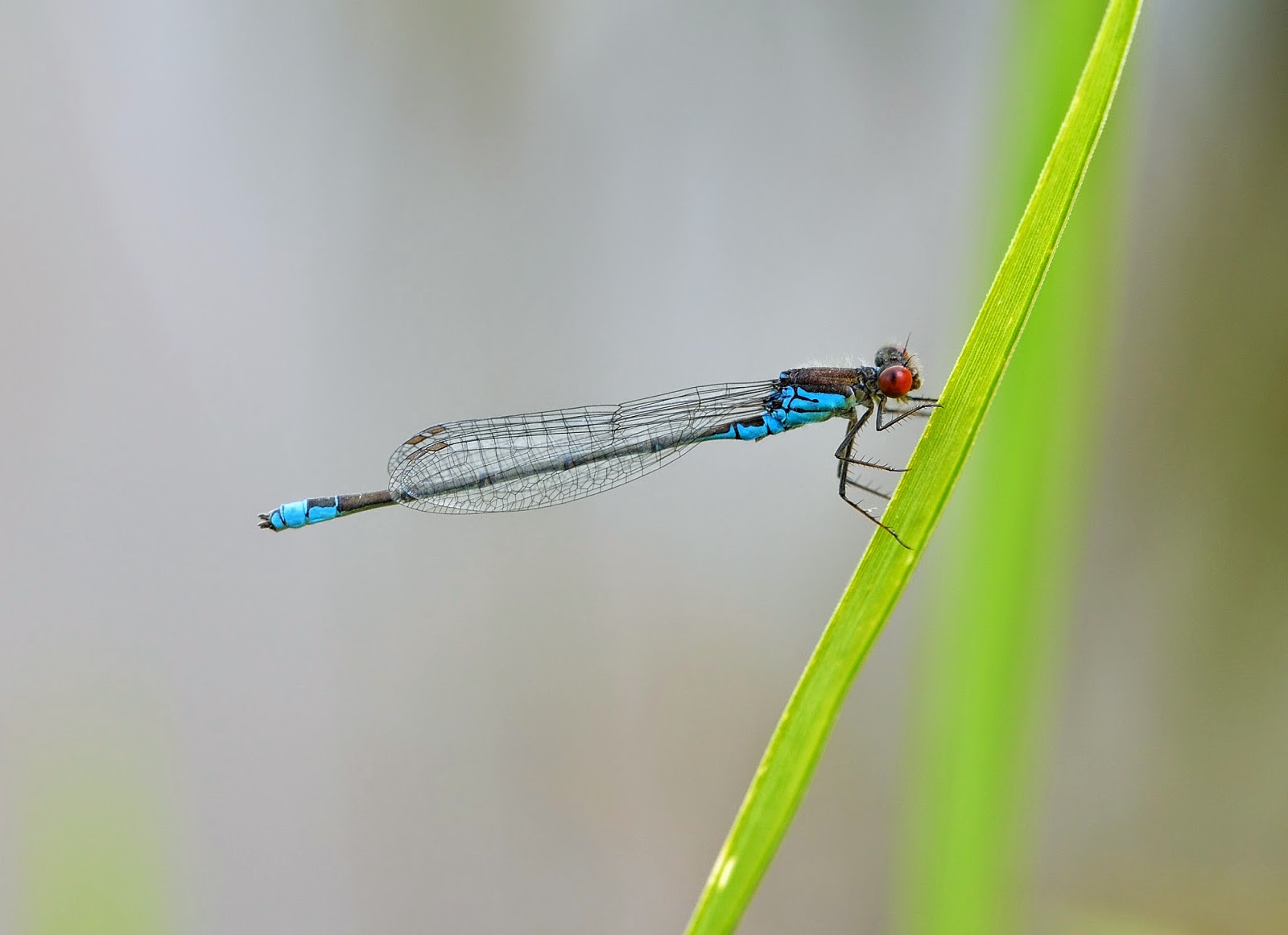 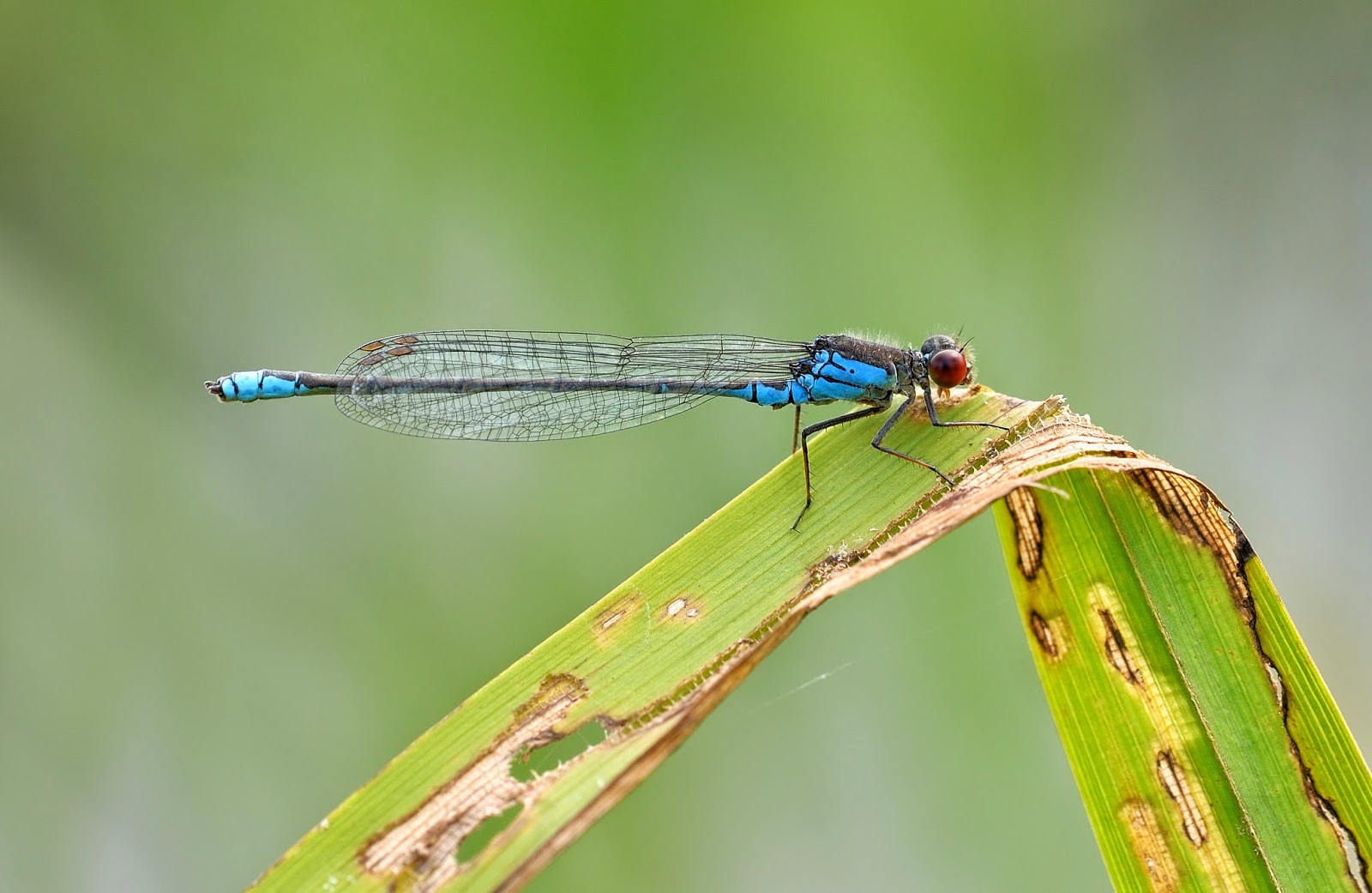 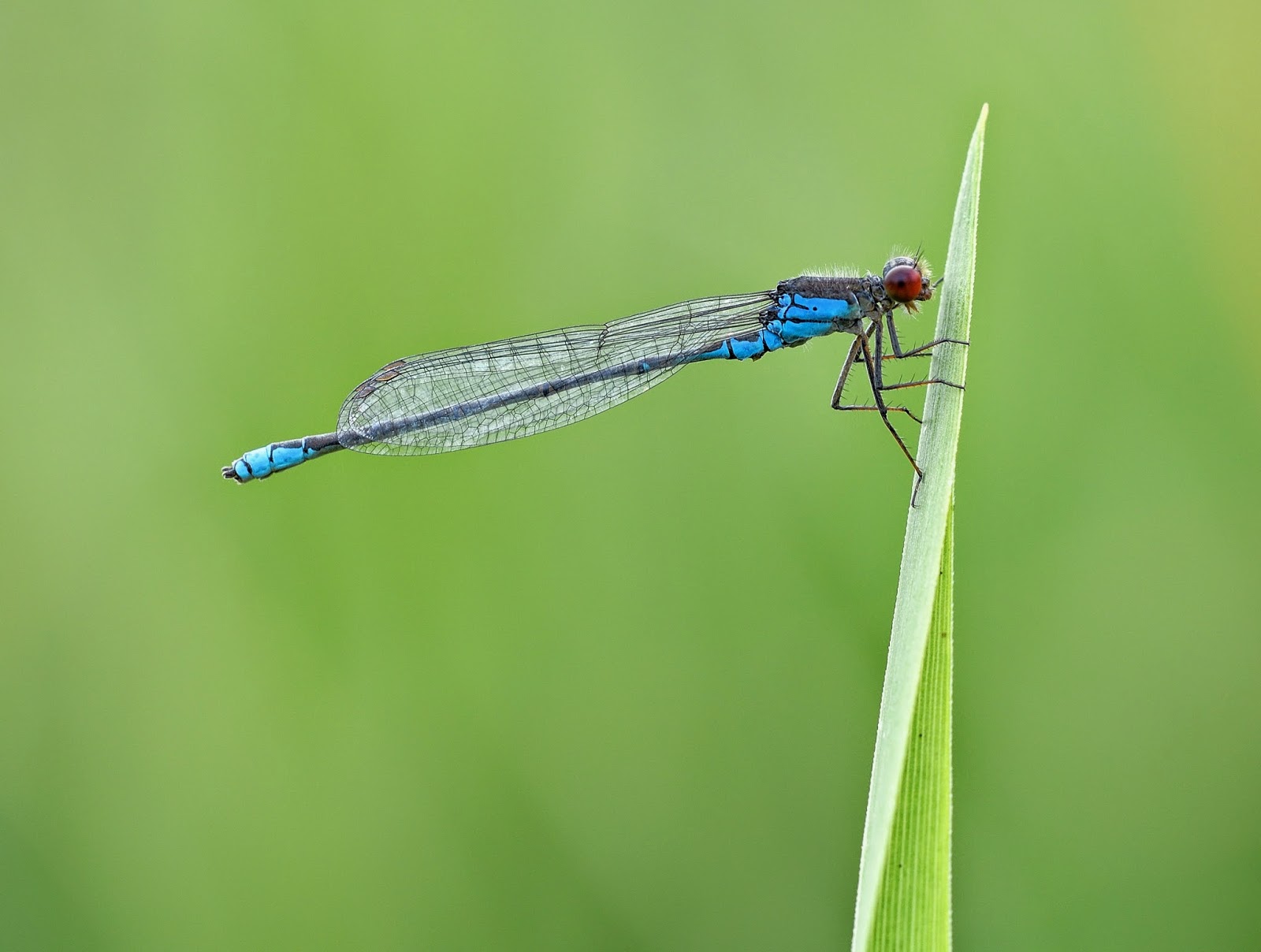 Posted by Bob Eade. at 21:17
Email ThisBlogThis!Share to TwitterShare to FacebookShare to Pinterest