I was reminded this week of the times in the 70s and 80s when I used to help the Nature Conservancy Council, as it was called in those days, to count the Silver-spotted Skippers in their one and only site in the South East at Deep Dene. From that one site they have now spread their wings and are now a common site all over the Downs between Eastbourne and Chanctonbury. This year, although early in their season it is looking as though they are particularly numerous. Over the last 2 days I have spent a little time with them as they bomb around at high speed. When they are fresh they are particularly attractive, and occasionally a little easier to get close to for photography. 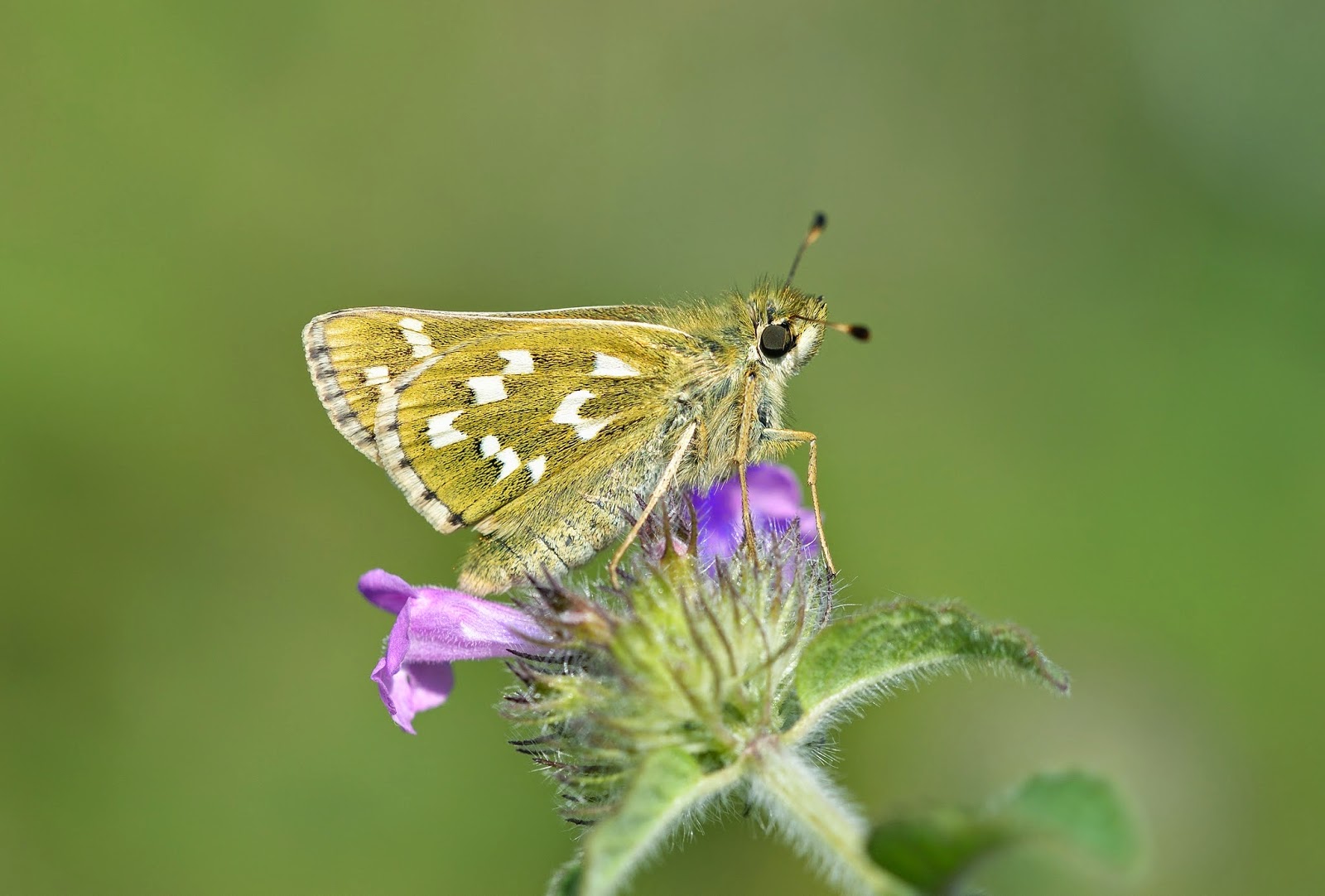 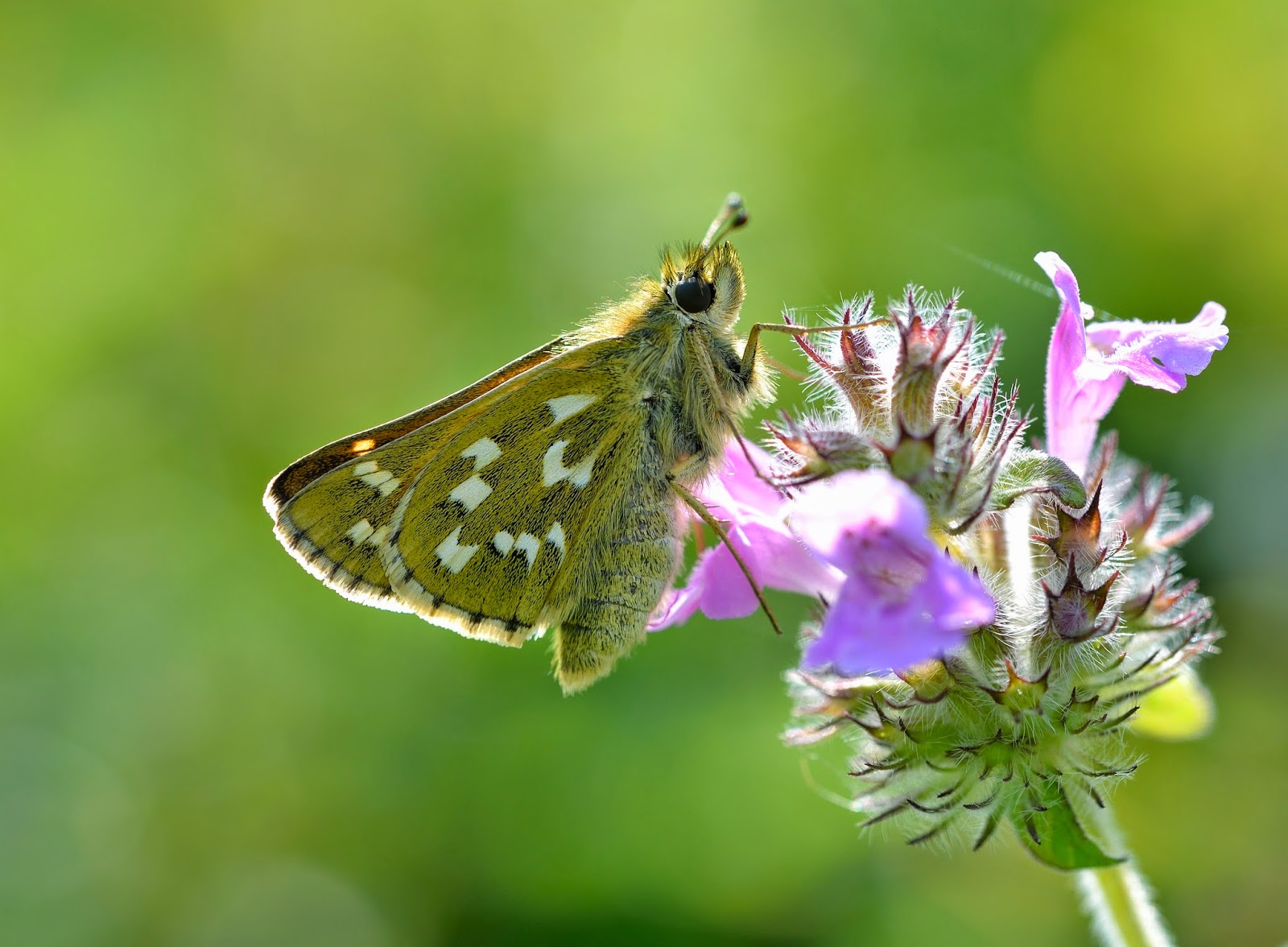 Today I saw 2 mating pairs. The first pair was in the middle of a bush, just out of reach, however, the 2nd pair I saw the start of the courtship and very soon they were attached. I then hit lucky as they settled on a leaf in a small bush near ground level. They stayed very settled for around 15 minutes before the female decided she had had enough and tried to push the male away. They ended up falling off the leaf to the ground where I left them still attached to each other. I then wandered around seeing plenty more Skippers as well as a Clouded Yellow and a Painted Lady. Two excellent short morning sessions with a great little butterfly. 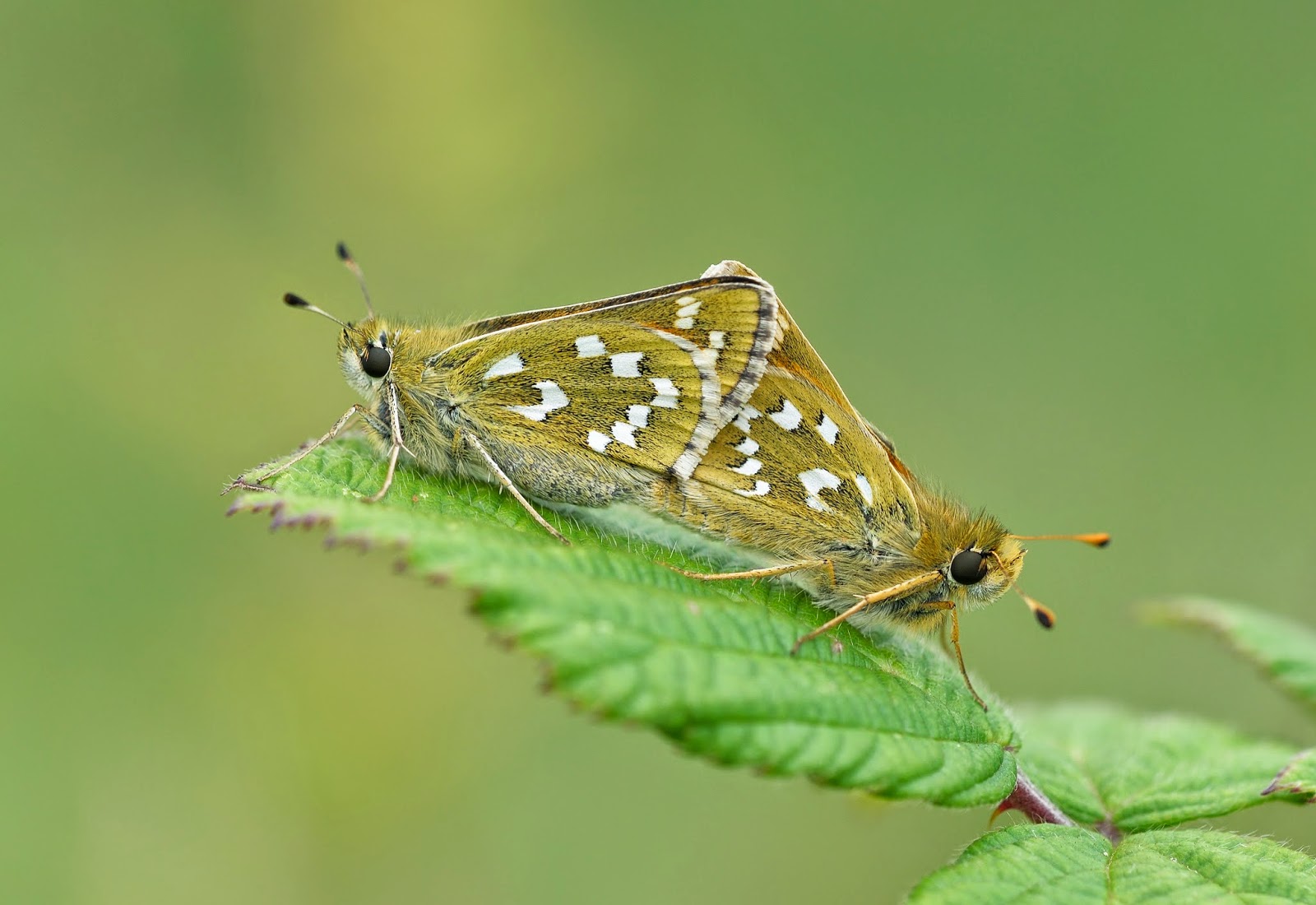 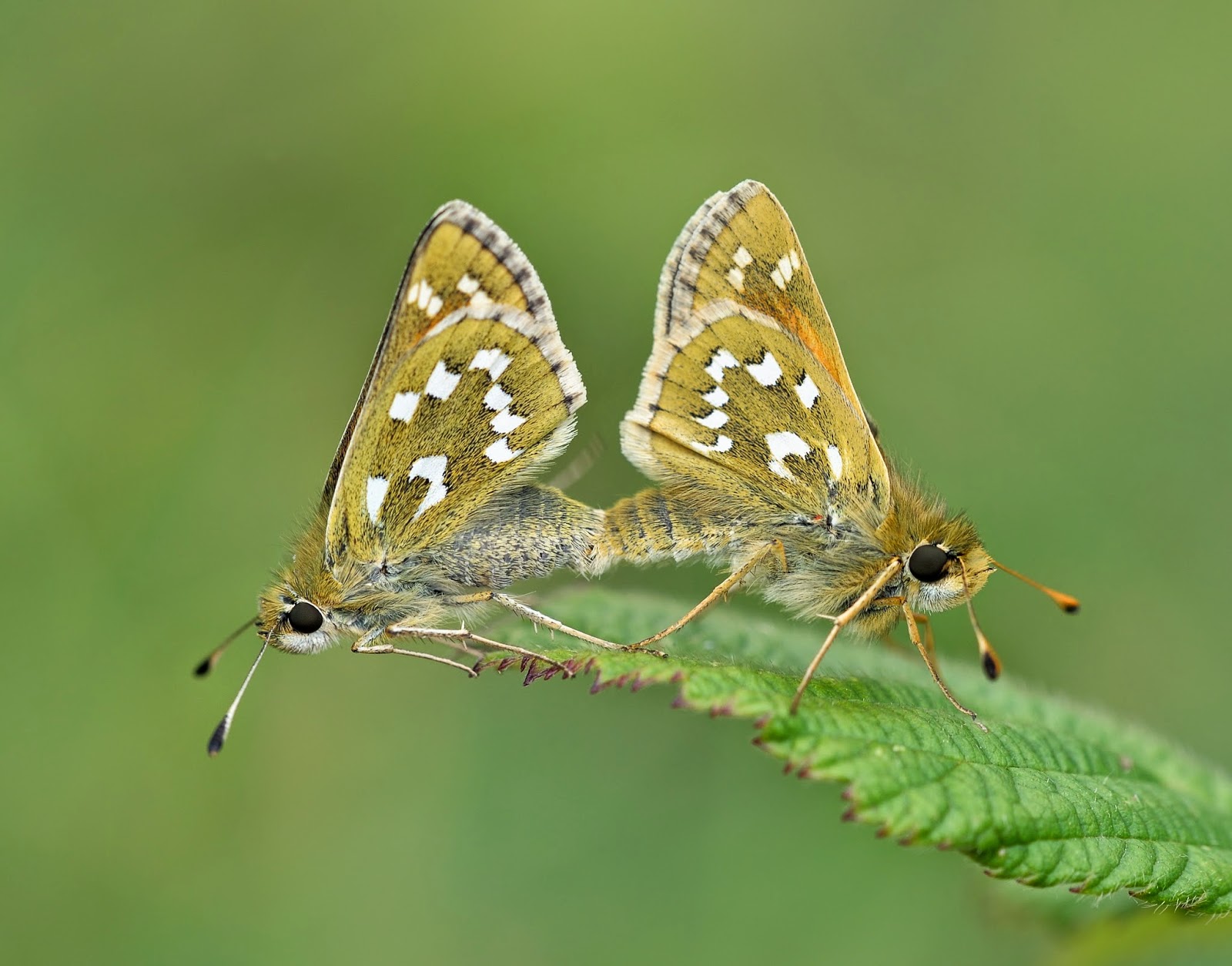 Female trying to push the male away!! 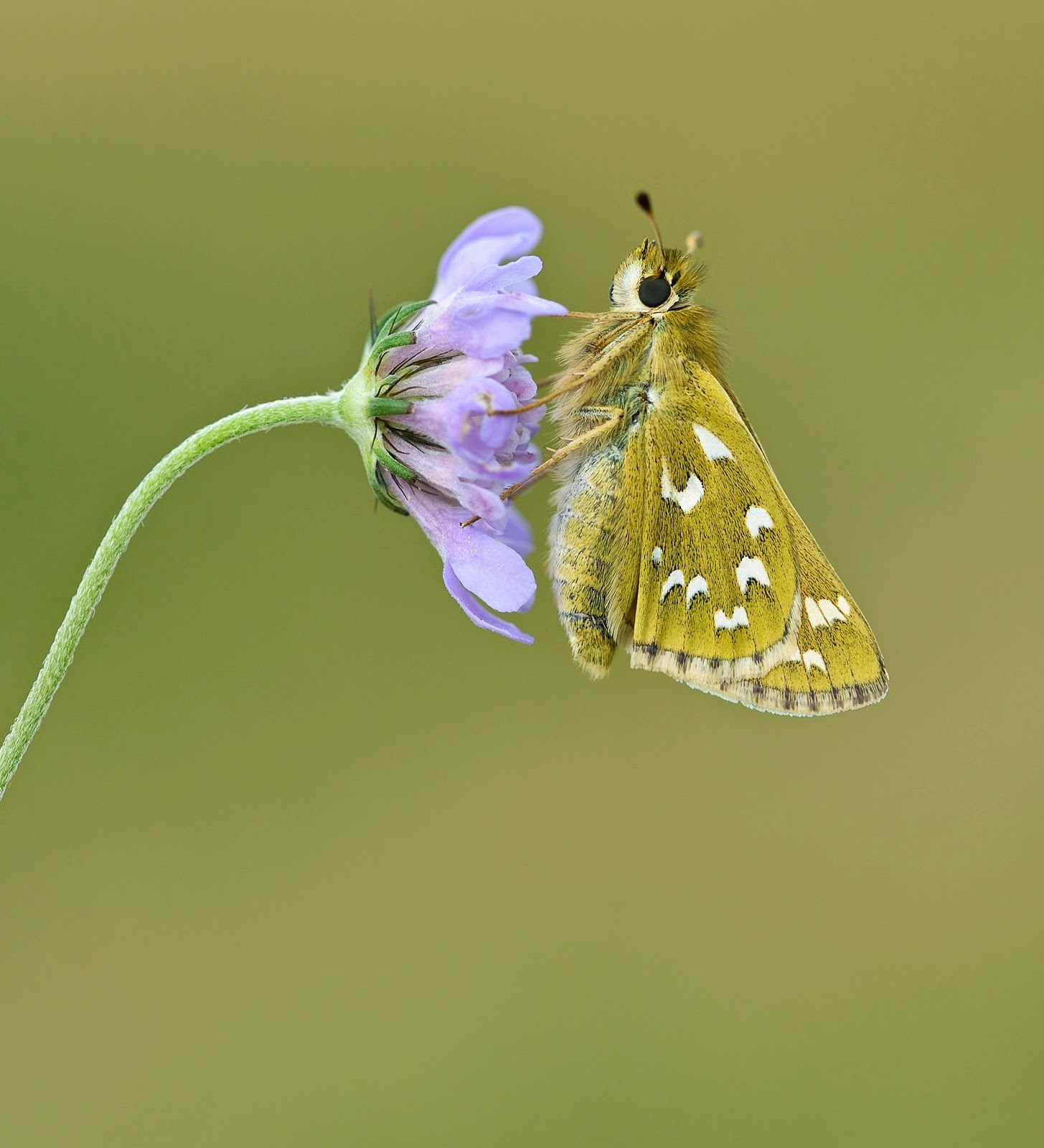