I was showing Pete the Silver-spotted Skippers yesterday in between the showers when, near the end I came across some female Chalkhill Blues posing well. I have managed several pleasing shots this year of males, but despite several attempts I haven't managed females. There is still plenty of room for improvement but it was good to get them. 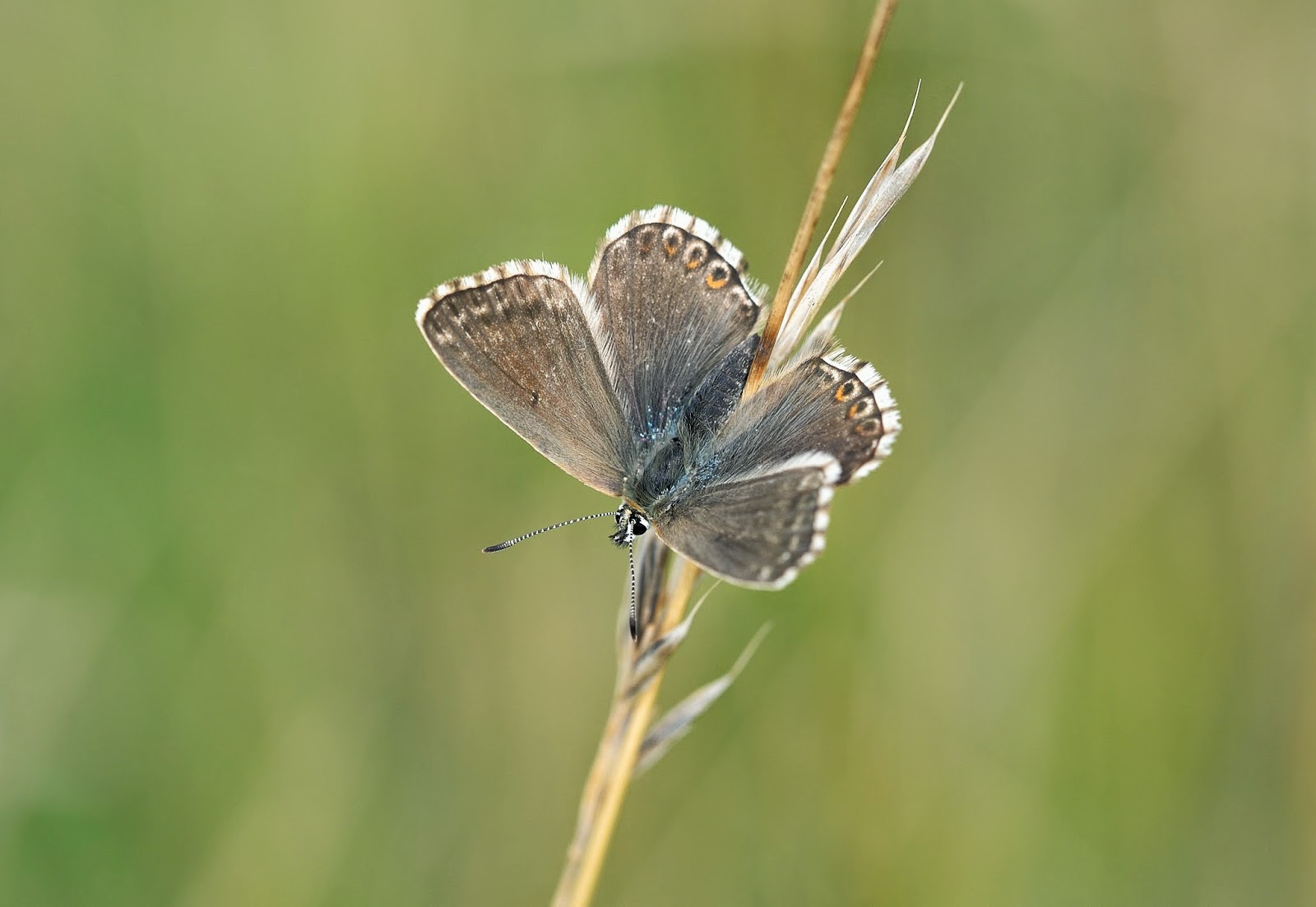 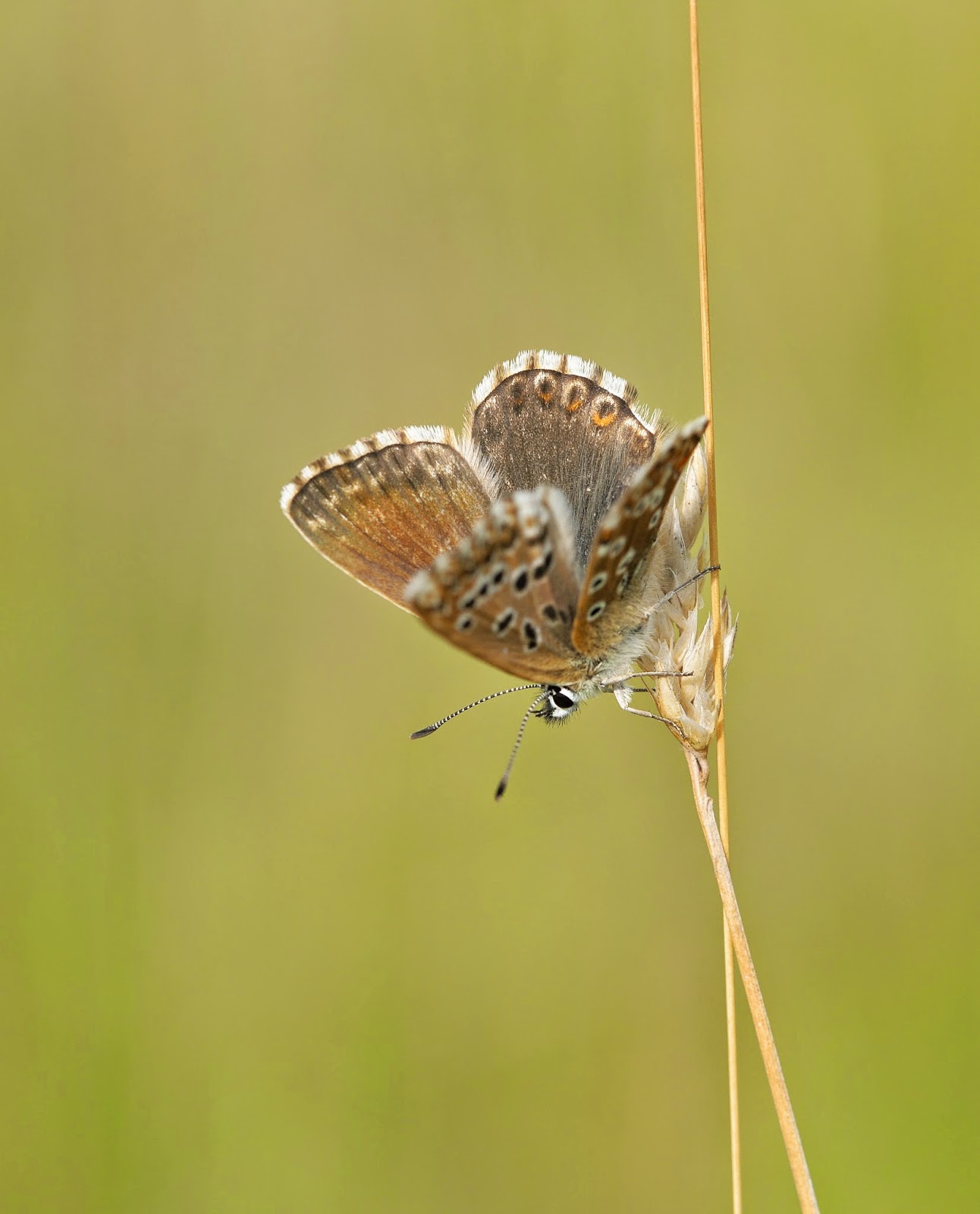 I have also found 2 Mecyna flavalis over the last few days on the local Downland. This rare moth is found in large numbers on Downland at Wilmington but no colony has been found in Sussex outside this area since the 1930s according to Colin Pratt, the county recorder. 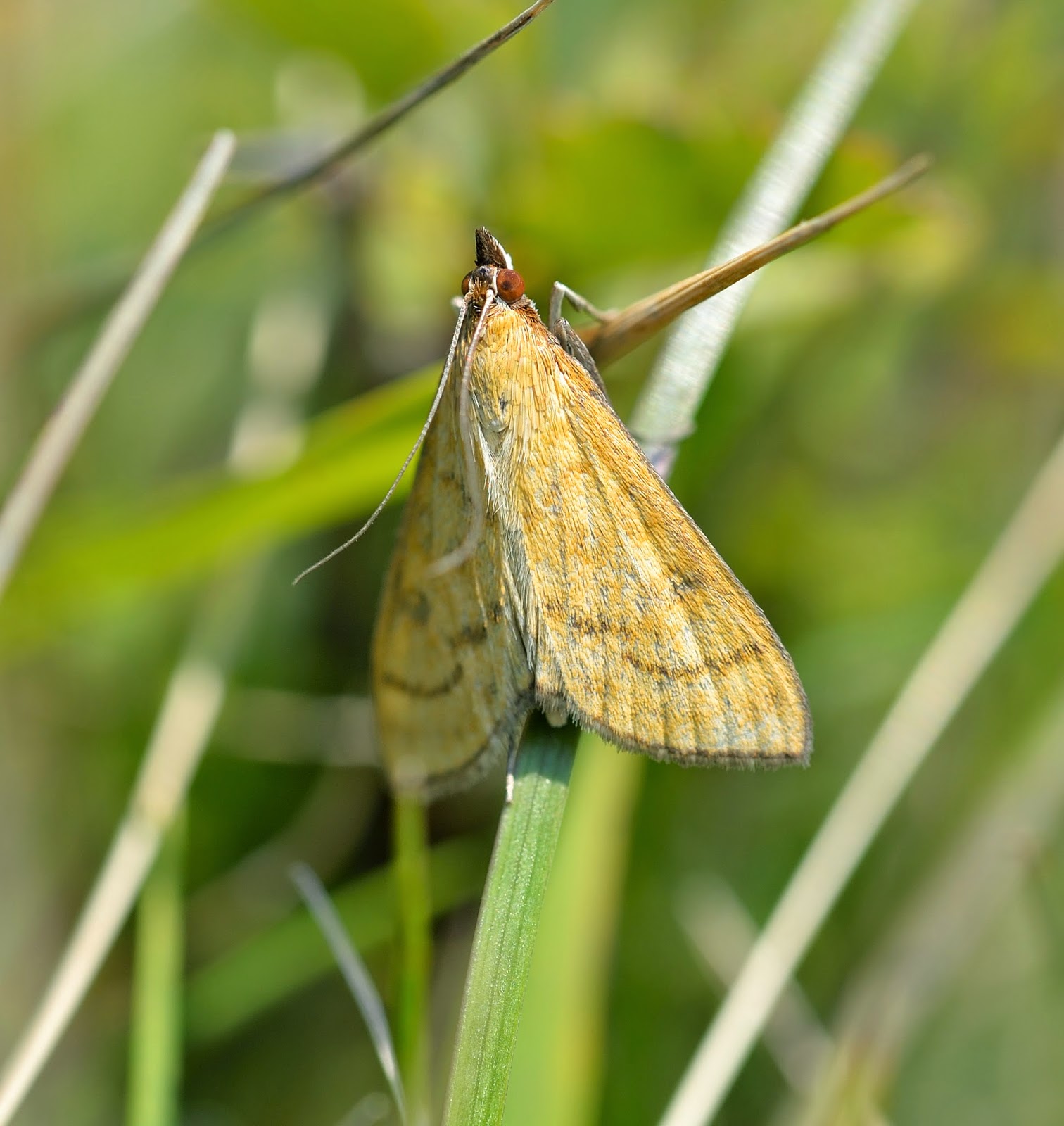 A Seaford Mecyna Flavalis.
Posted by Bob Eade. at 19:43
Email ThisBlogThis!Share to TwitterShare to FacebookShare to Pinterest