January 1st brought my first encounter with lepidoptera for the year in the form of a couple of Wall Brown larvae that I managed to show Lisa. as well as my first moth of the year, the scarce micro moth Agonopterix pallorella. On a walk around the patch we also had a couple of Brown Hares and towards the end some epic views of a pair of Firecrest. 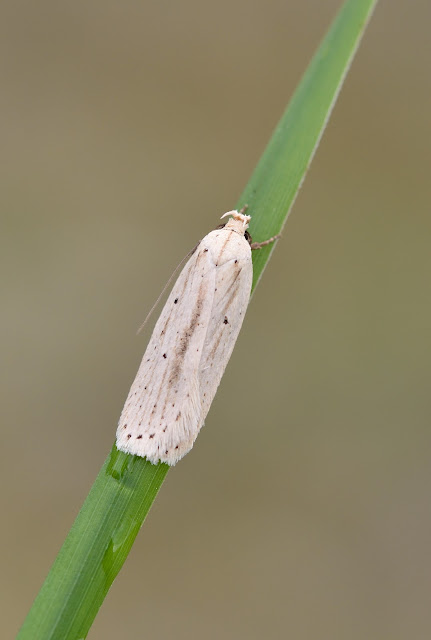 Agonopterix pallorella. (picture from 2017).
On January 5th I finished a long walk with a casual search for Wall Brown larvae and was surprised to find 15 in just over 30 minutes. This included one that was approaching half grown. Certainly the largest I have found this early in the year.
The following day I started my conservation clearing work on the Lace Border site and in full sunshine on arrival I had a macro moth flying around that I think was a Silver Y. Unfortunately, it failed to settle in view. The weather soon went downhill and as I left the site a little over 2 hours later the rain had started again.
My first adult butterfly then turned up unexpectedly on the 8th when another session clearing scrub I had a Red Admiral flying nearby. It was very windy and the butterfly soon got caught up in a strong gust and that was the last I saw of it. After finishing the clearance work I looked for the large Wall Brown larva from the 5th and fortunately I found it very quickly. It showed very well and a few photos were taken, although the wind made it quite difficult. 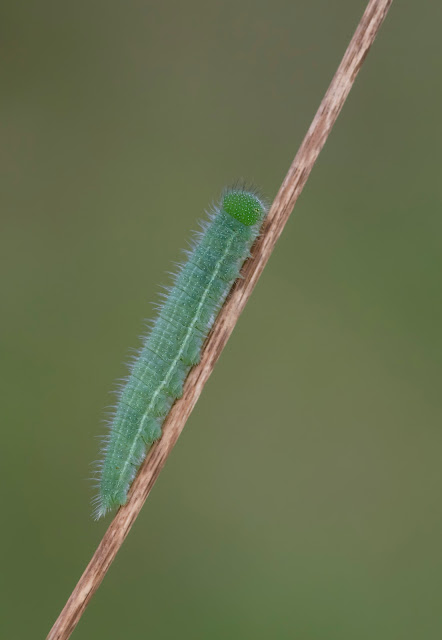 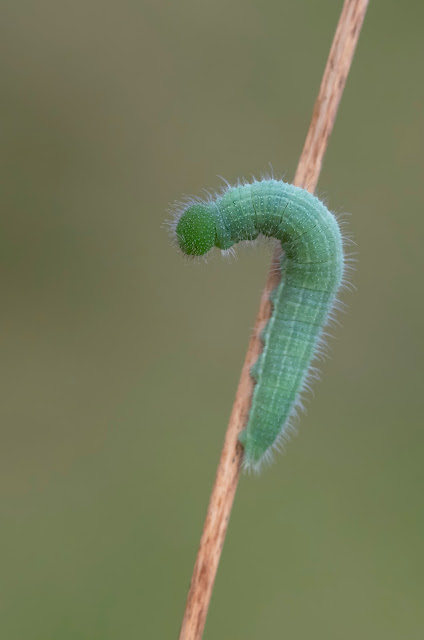 Posted by Bob Eade. at 16:41
Email ThisBlogThis!Share to TwitterShare to FacebookShare to Pinterest