One of the highlights from the trip to Fuerteventura was a very short session photographing one of the Sally Lightfoot crabs that was on the shoreline rocks.

This crab is apparently named after a famous Caribbean dancer as the crab can move with great agility in all directions.

It is also a very beautiful species that was certainly worth spending some moments with. A few of the clients went out on the rocks to photograph the crab and I watched from further back deciding that as I got some photos last year I would hold back. However, a few minutes later I noticed that the crab had moved to a position on a higher rock that I thought would give a wonderful backdrop with the sea behind it so I changed my mind and went out onto the rocks to get some shots. A bit of luck with the timing also meant I got a shot just as a wave was hitting the crab. almost certainly my favourite photo from the trip. I also got a photo of the red male with a female next to the male that I didn't even notice at the time!! 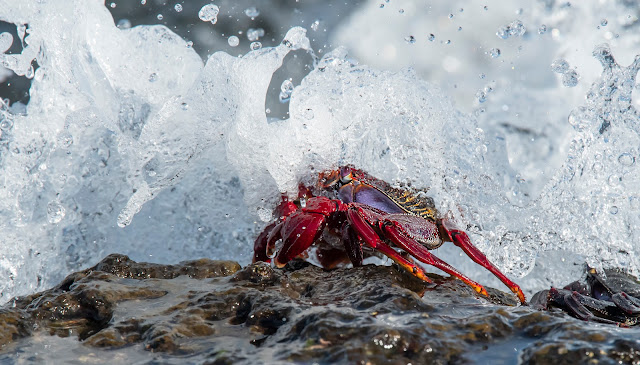 Sally Lightfoot Crab and a wave. 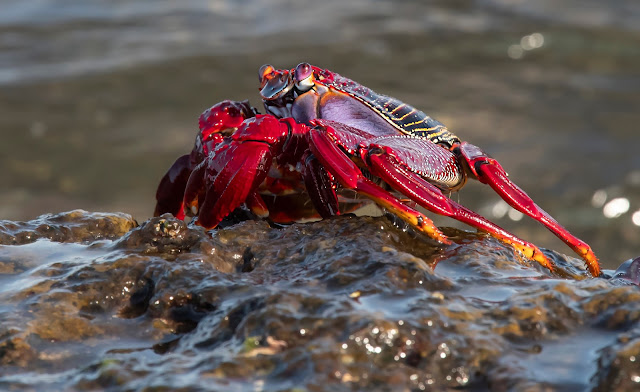 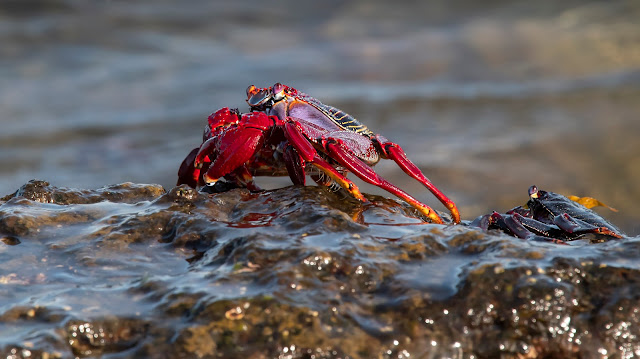 Posted by Bob Eade. at 09:20
Email ThisBlogThis!Share to TwitterShare to FacebookShare to Pinterest