The Chalk Hills are alive.

With a couple of trips abroad recently I have missed the best of the local Chalkhill Blue season, however, the local patch is still alive with these beautiful gems.

My first sighting of one this year was the 24th June so they have been on the wing for some time now and many of them are showing their age although this species does have a very long emergence season and some are still looking pretty good, especially some of the females.

I recently did a one day tour for Naturetrek on my patch and as we were in the main Chalkhill Blue area we spotted a mating pair where the female was an aberrant form postica-obsoleta. A few hundred metres further I spotted another one and photos confirmed this was a different individual, which wasn't surprising as we had left the other one still attached to the male. I did get a record shot of each of them, but with leading fee paying clients it isn't really possible to spend personal time taking photos so the following day I went back to see if I could re-find at least one of them to see if I could get some much better photos. This day was also much calmer and less sunny so if I could find one the conditions were much better. As it was I struggled to find them, and after photographing a really nice mating pair of Chalkhill Blues I was about to give up when I spotted my target although this one was actually another different one to the two seen the previous day. It was still an aberrant postica-obsoleta but once again photos from yesterday confirmed it was a third individual. This one also performed well in the cooler conditions and by photographing it from both sides it was interesting to see the hind-wing patterning was different on both sides. 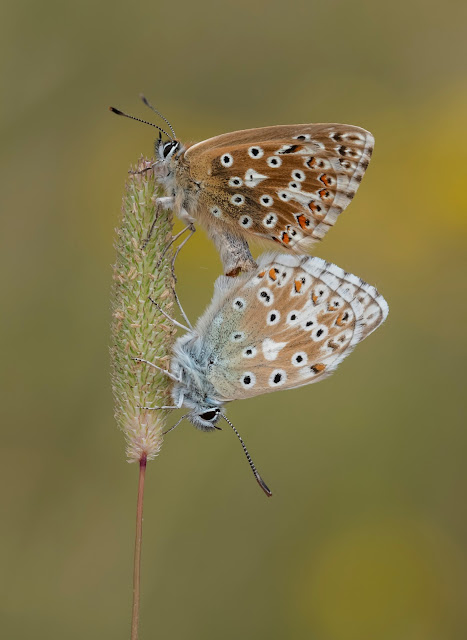 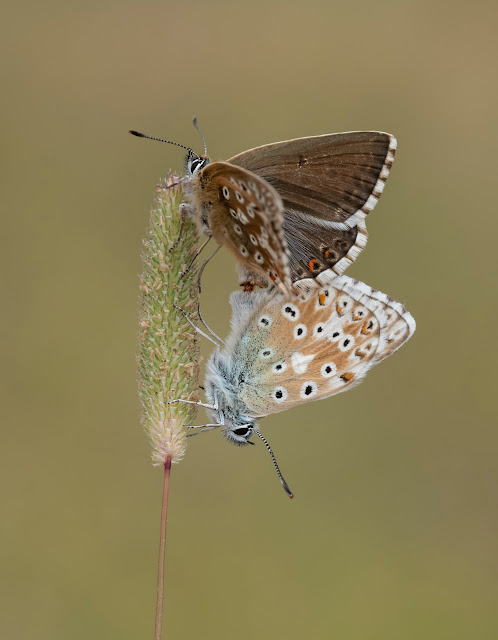 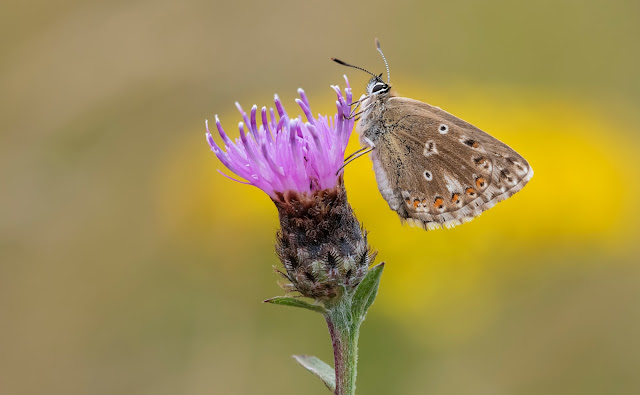 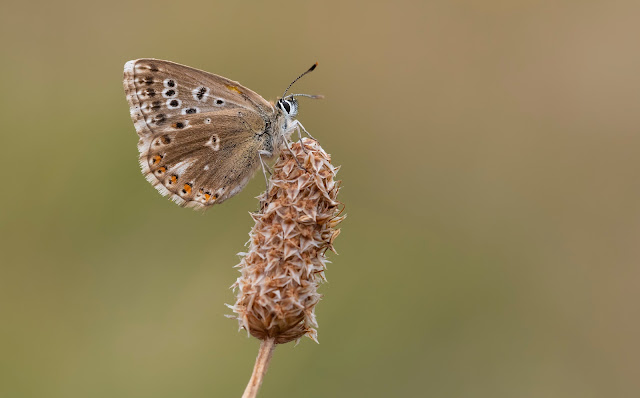 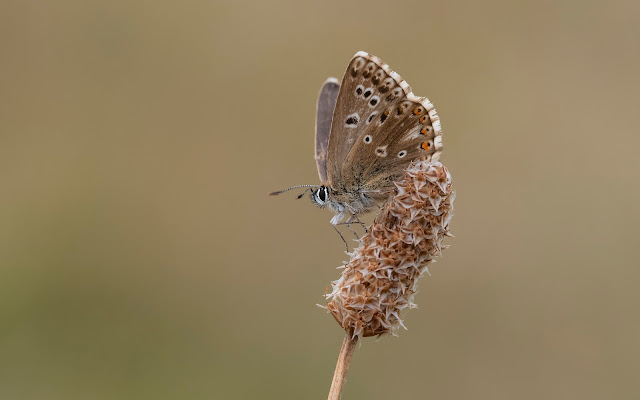 Both sides of the female Chalkhill Blue aberrant postica-obsoleta.

Posted by Bob Eade. at 12:00
Email ThisBlogThis!Share to TwitterShare to FacebookShare to Pinterest