Not long after I first met Michael Blencowe he started going on about the Hornet Robberfly and saying it was one of his favourite insects. By this time I had photographed the insect on my local patch and he wanted to use the photos for some editorial of some kind.

I was already quite keen on the insect but his enthusiasm must have rubbed off on me as I now too look forward to seeing them each year and sightings seem to have become more regular over the past 3 years. However, today was the best day I have ever had for them with at least 7 seen on my local patch. Four of them had also caught prey with two Grasshoppers, one small Beetle and one small Moth caught. In one area I saw all but one of them, and of course where you get large numbers you are likely to see other activity. As I was walking along a narrow path I suddenly saw 2 flying quite close together and they then went into some foliage. I didn't know whether this was a couple fighting or some extremely rough courtship. It was very evident quickly though as they emerged seconds later attached to each other. This was the first time I had seen a mating pair and fortunately I also managed to get a few photos of the deed. The male was quite a bit smaller than the female and I guess if she really doesn't like him he could come a bit unstuck!!

It was also good to see nearly all the ones I saw perching off the ground, whether this was due to the heat or whether they were hiding their prey from all the others I'm not sure, but it certainly helped with the photography.

Getting close and personal to these magnificent insects show what little chance there is for the unfortunate that get caught. The firm hairs on the legs would be impossible to escape from so once caught they are doomed!! 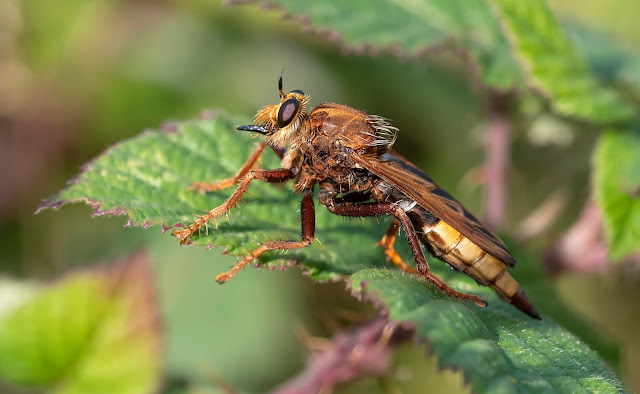 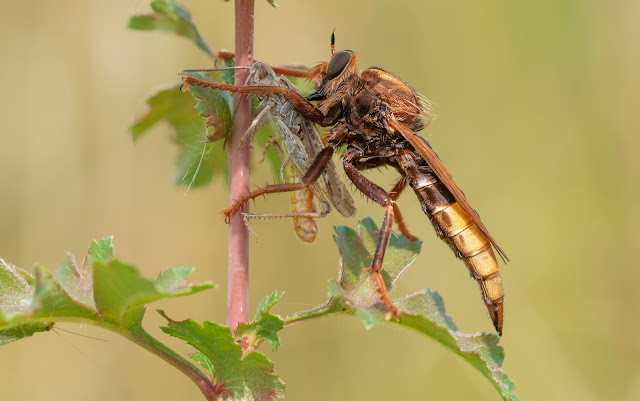 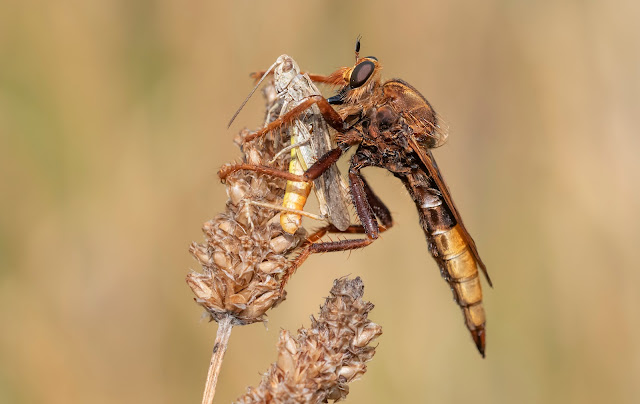 Hornet Robberfly with a Grasshopper lunch. 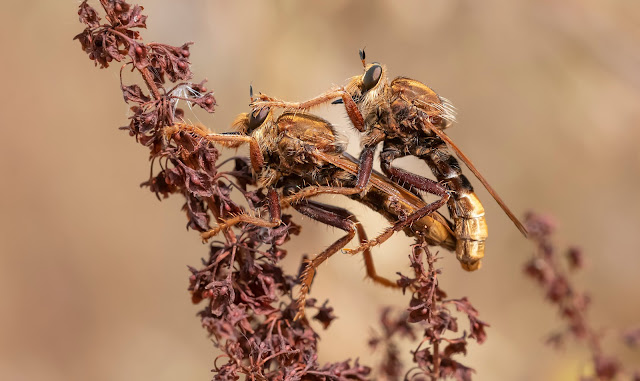 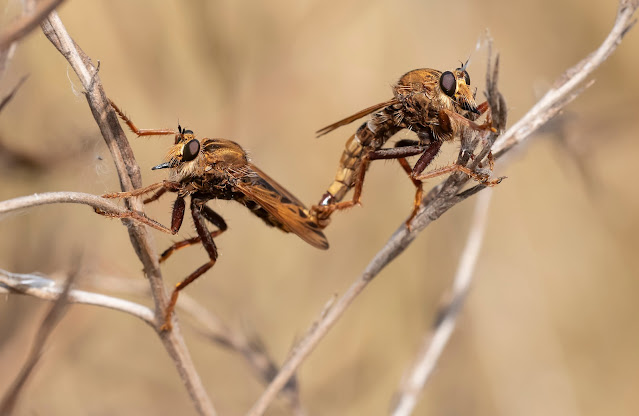 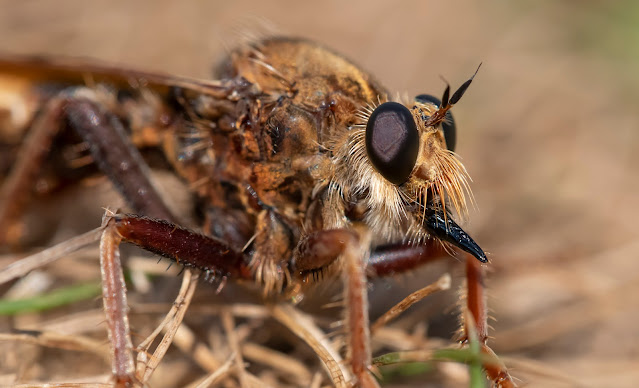 One from last year.

Posted by Bob Eade. at 17:25
Email ThisBlogThis!Share to TwitterShare to FacebookShare to Pinterest