With Summer approaching quickly the 'blue' butterflies are beginning to appear apace. As usual the Holly Blue is the first of the blues to appear, and also as usual, these are the hardest species to photograph, despite being very numerous.

On a recent walk a stunning fresh female Holly Blue was spotted in the undergrowth basking in the sun. Whilst it was there a large cloud arrived and covered the sun and the temperature dropped considerably and the butterfly just went to roost where it sat. A few photos were achieved, although they were not brilliant as it was obvious the butterfly was having a snooze as the antennae were drooping down. However, looking up it was clear the cloud would eventually clear so it then became a case of patiently waiting for the sun to come back out and capture the butterfly as it warmed back up. It was a long wait, but just about worth it as open wing shots of Holly Blue are a bit scarce. 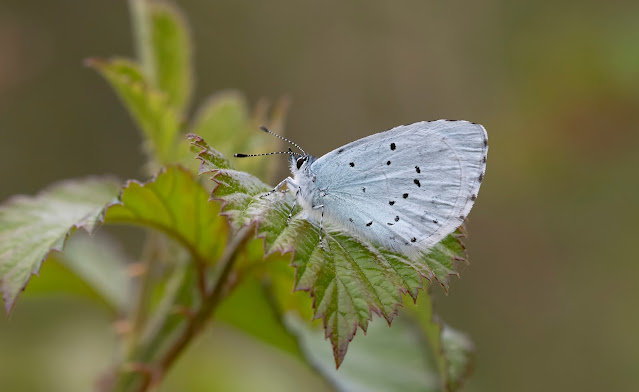 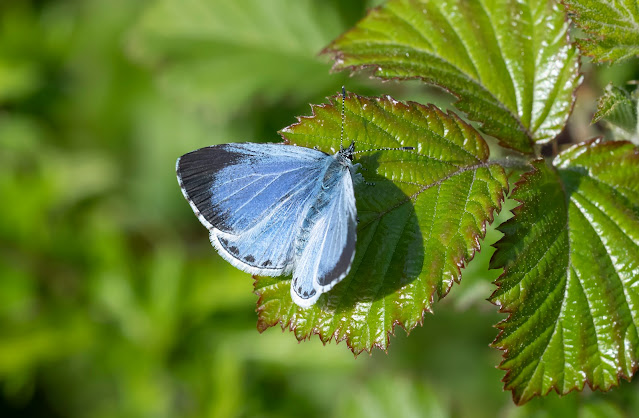 Here Comes The Sun. Female Holly Blue waking up.
Other blue species now on the wing are the Brown Argus and Common Blue. With both of these the cooler cloudy days of the past week gave me the opportunity to photograph them in a similar way to the Holly Blue as I found both species several times at roost and once again the sun eventually came back out to warm them back up again. 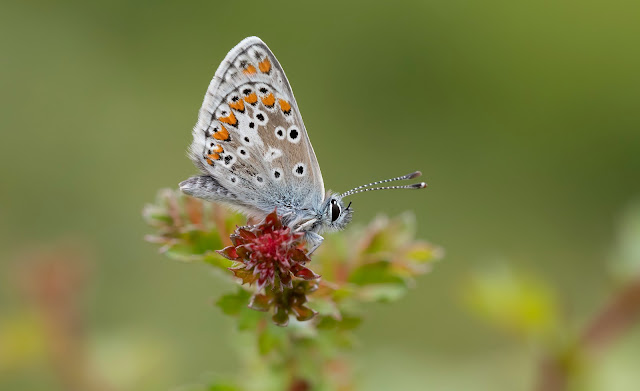 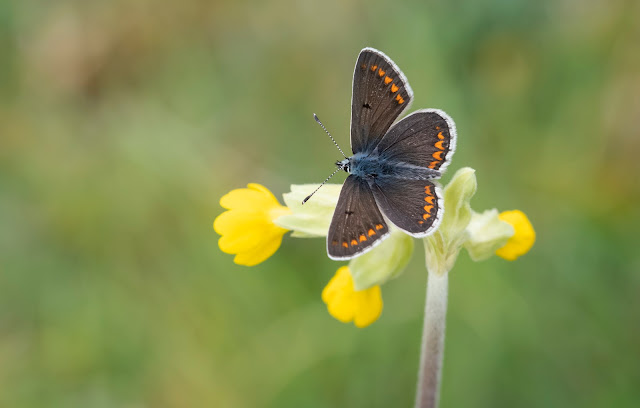 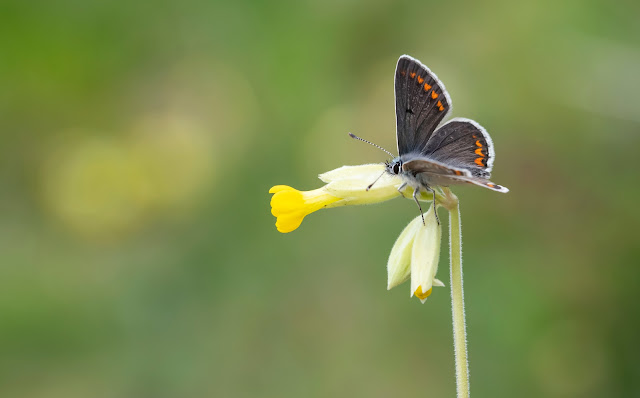 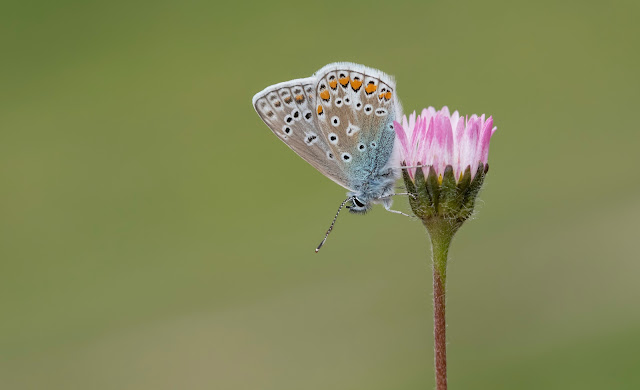 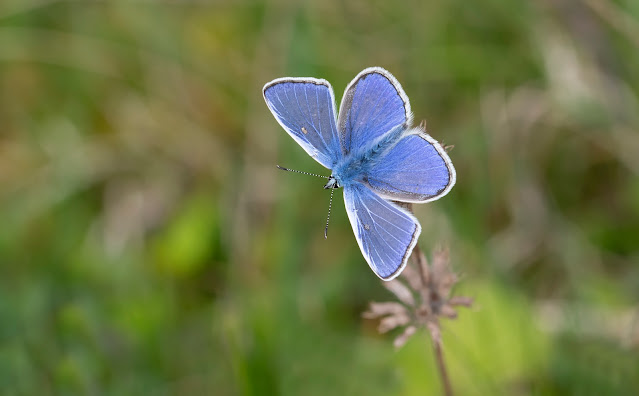 A different Common Blue with a little wing damage.

Posted by Bob Eade. at 17:05
Email ThisBlogThis!Share to TwitterShare to FacebookShare to Pinterest