The Spring Fritillaries are always lovely to see, and this year here in Sussex we were not expecting to get both of the Pearl species after a very poor season for the Small Pearl-bordered Fritillaries last year at the site where they have been re-introduced.

I was leading a few trips for Naturetrek so I was quite keen to see how the Pearls were doing locally. I met up with Nigel to have a look at the Pearl-bordered Fritillaries first and we were very surprised to find a couple of females in a ride where we hadn't seen them for some time. Better still, as the weather was quite cool the first one took off from the path where we were walking and promptly went to roost on a Bluebell just off the path. This allowed us both to get some unexpected photos.

The 'pearls' around the edge of the wing really showed up too so it really was a bonus. 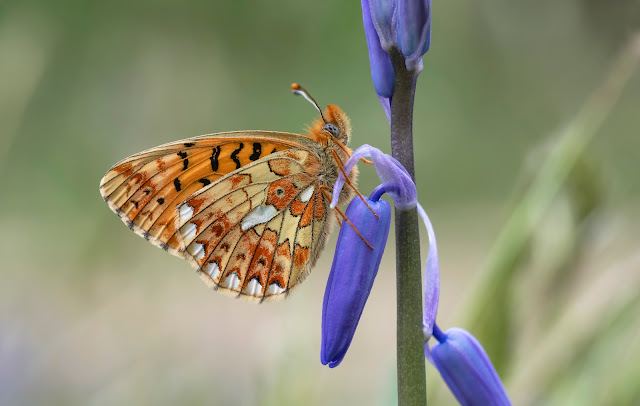 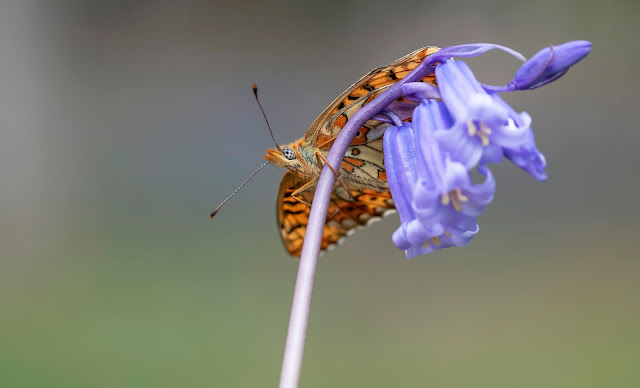 A Wood Ant's view of a Pearl-bordered Fritillary.
A couple of weeks later I was taking the Naturetrek group to see the Pearls when we saw a couple of Fritillaries  having a bit of a battle. One of the Pearls seemed to be a much brighter colour than the other one and I immediately thought that it must be a much fresher individual. Fortunately it settled right by the footpath, and I straight away realised it was the much rarer Small Pearl-bordered Fritillary. It was a real bonus butterfly to get and it was also the first Sussex record for 2022. 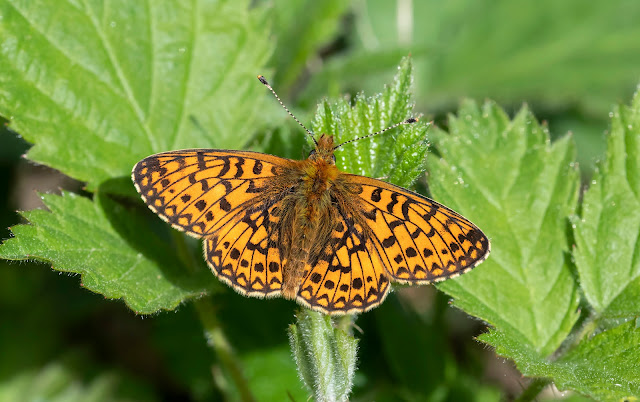 Male Small Pearl-bordered Fritillary.
We soon left the area so the butterflies could fly around hassle free as we were the only people on site that day. It was very pleasing that the following week, when I was with another group, we saw a female Small Pearl-bordered Fritillary egg laying, so the butterflies had been able to meet up and mate during those days with few visitors to the site.

Posted by Bob Eade. at 18:50
Email ThisBlogThis!Share to TwitterShare to FacebookShare to Pinterest