It's at this time of year when suddenly everything really gets going with many butterflies appearing as well as the Dragonfly season taking off.

Odonata, dragonflies and damselflies, most years start with Large Red Damselflies and Hairy Dragonflies, but this year was a little different with my first damselfly being an Azure, although this was less than a minute before a Large Red Damselfly made it seem more normal. The Dragonfly was also a little different with my first one being a Broad-bodied Chaser. It wasn't until the next day when I saw the Hairy Dragonfly. It was then only a couple of days before I saw a male Broad-bodied Chaser turning into its blue adult colours. 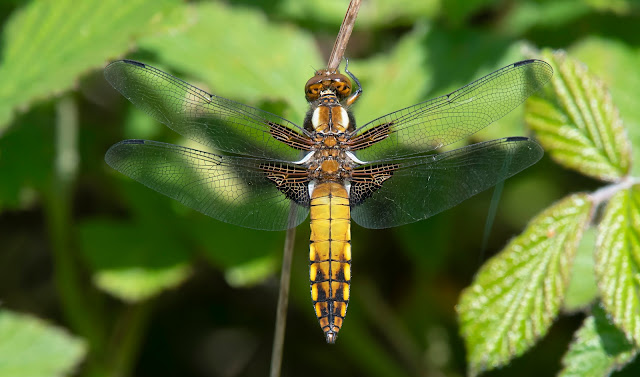 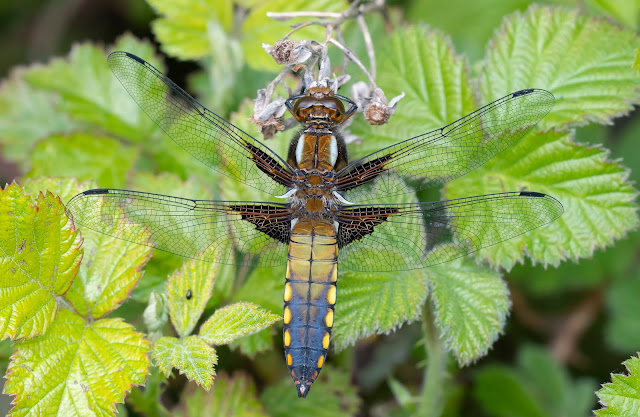 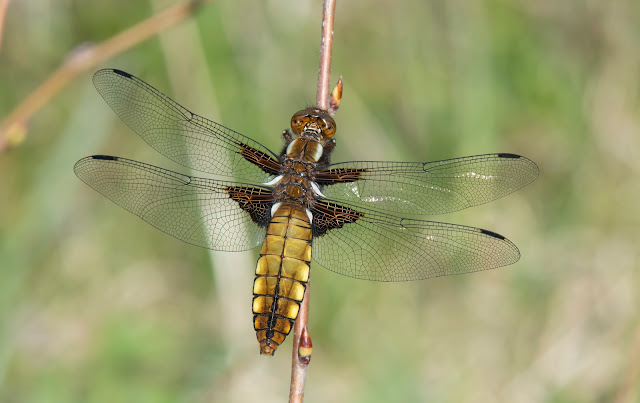 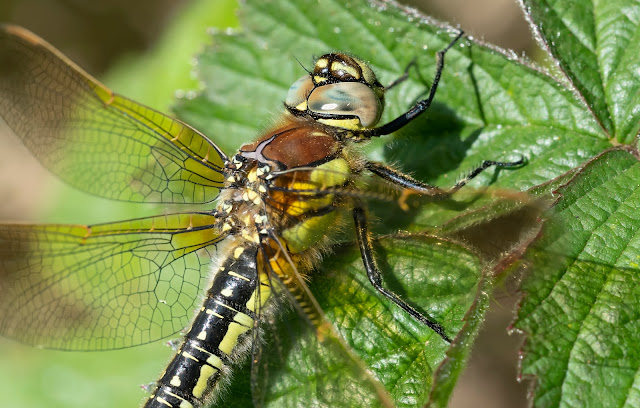 Hairy Dragonfly complete with many hairs!! 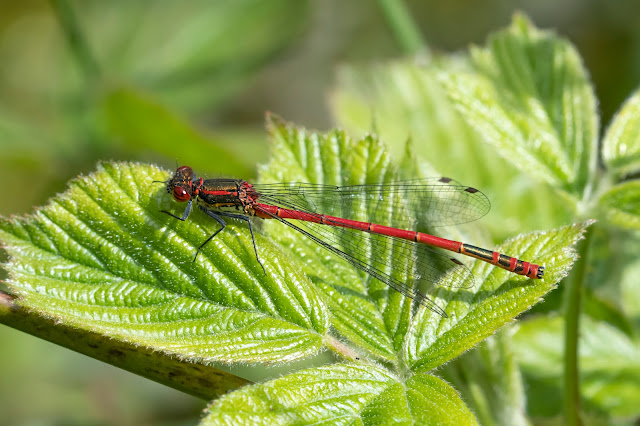 Posted by Bob Eade. at 09:57
Email ThisBlogThis!Share to TwitterShare to FacebookShare to Pinterest