The Birds in Fuerteventura.

During our week in Fuerteventura the main target was birds, and Matt done a great job finding many species over the week. This even included a couple of real rarities for the island. A Hawfinch that he heard calling in the hotel grounds on a morning search, which was then seen in flight by several of us was one such bird. The first Hawfinch seen on the island was only back in 2009, and there have been very few sightings seen since. On another day a Crag Martin was seen hunting insects over quite a long period of time, and with this bird several of us got some photos too.

We also had several attempts at finding the Houbara Bustard. Eventually we found a site where several were seen and we visited this site a 2nd time to enjoy the birds again. Such a fabulous species. Black-bellied Sandgrouse also caused us a few issues due mainly to the very dry conditions. The hoped for close views didn't materialise, but we did see a large flock in flight consisting of around 50 birds as well as a few much smaller groups. 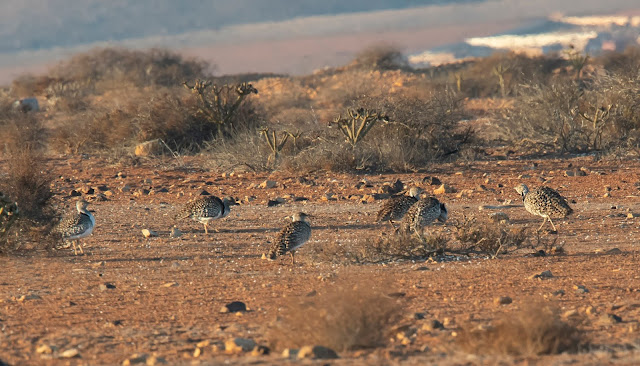 6 Houbara Bustard together. Another 2 were also out of picture. 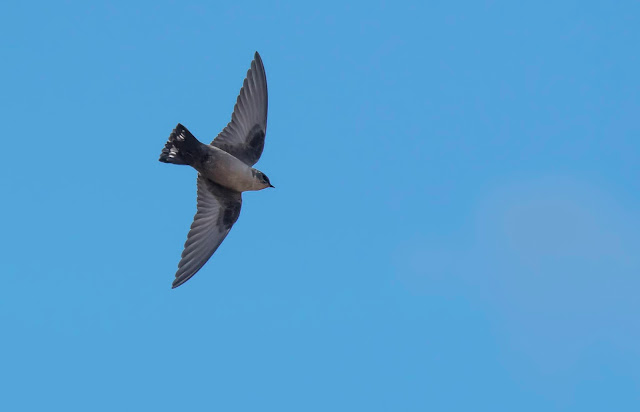 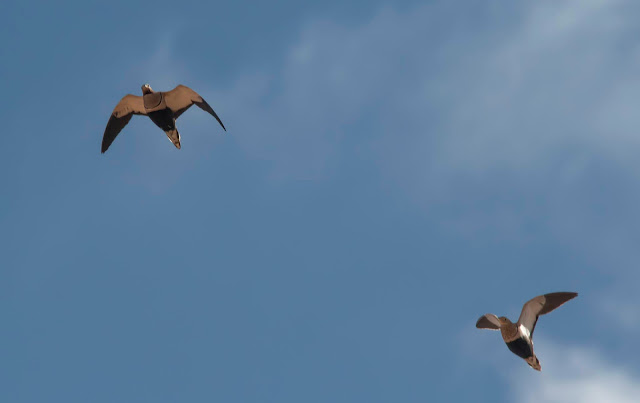 Black-bellied Sandgrouse.
Everywhere we went we seemed to find some Berthelot's Pipits. This species is only found on the Canary Islands and Madeira. A lovely little bird that was often quite confiding. 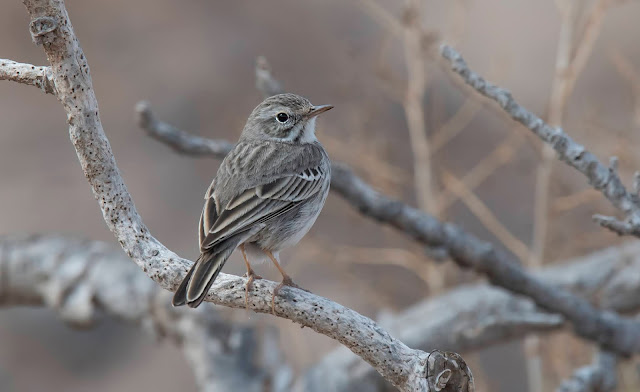 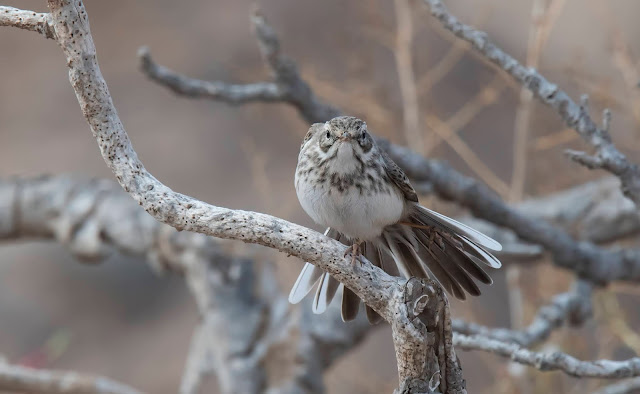 A Berthelot's Pipit doing some aerobics. 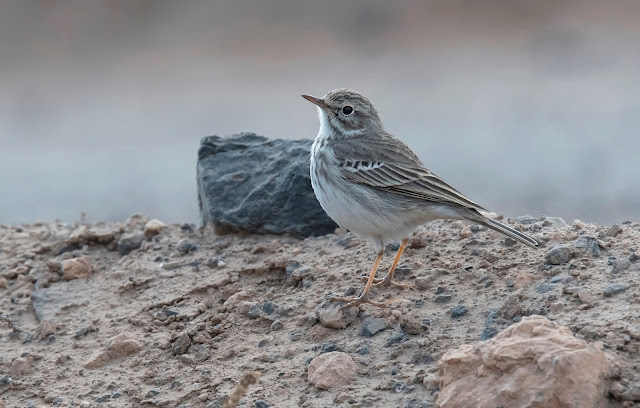 Berthelot's Pipit.
On our first and last day we went to a site that was visited a few years ago by a Dwarf Bittern. Such a rarity that Matt actually went there to twitch the bird. The Bittern is long gone but this was the only site where there was still a small amount of standing water and this had attracted a few waders. Black-winged Stilts were found here along with Greenshank, Little Ringed Plover, Common Sandpiper as well as a few other species such as Hoopoe. Sardinian and Spectacled Warbler were also found here as well as the Canary Blue Tit. 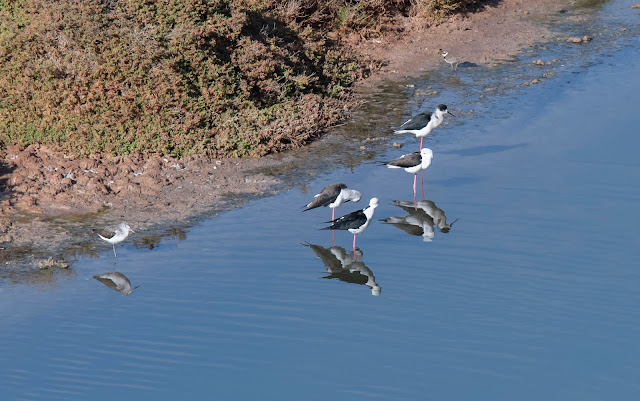 Black-winged Stilts as well as a Greenshank and Little Ringed Plover.
The Hotel grounds had good numbers of Spanish Sparrow as well as a good number of Corn Buntings. A Hoopoe was also seen a couple of times. 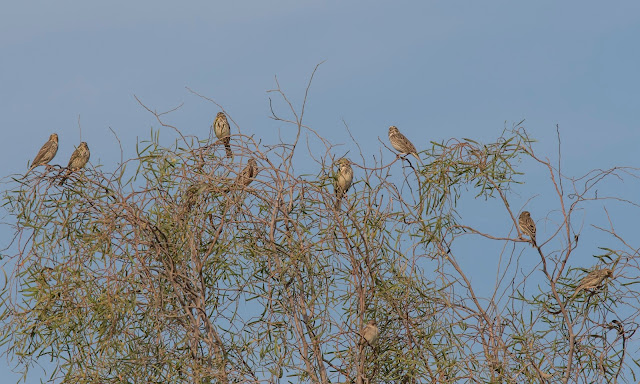 A group of Corn Buntings and a Spanish Sparrow.
Egyptian Vultures were a regular sight, mainly at distance, but occasionally one would fly near enough for a photo. The two below on the mast were taken on the final morning. 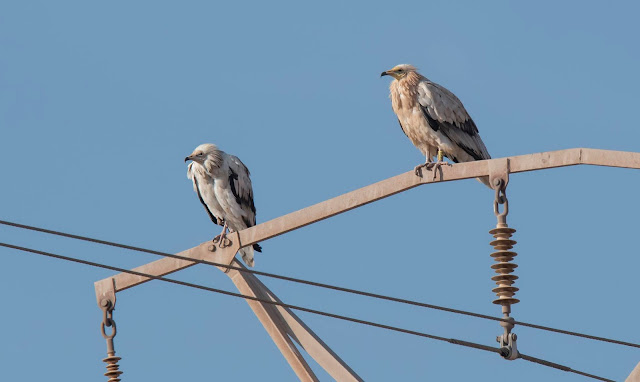 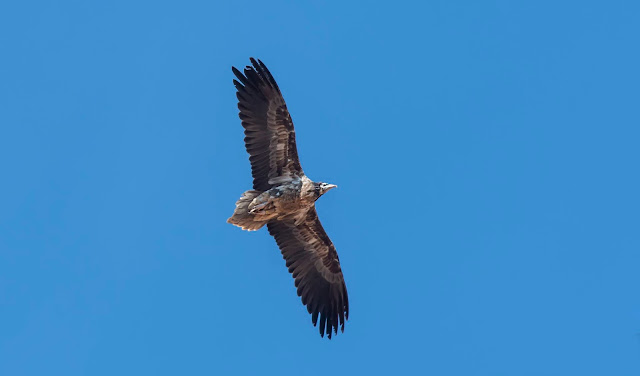 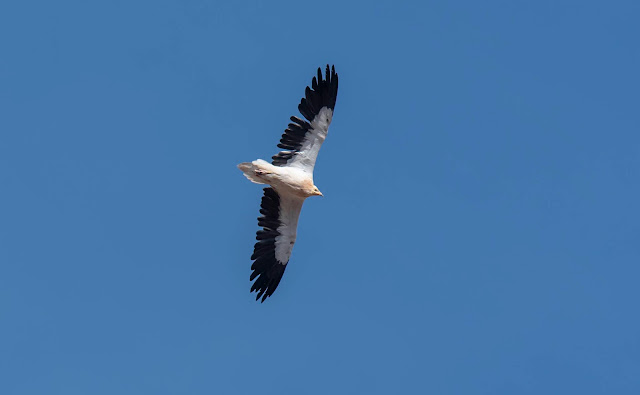 Posted by Bob Eade. at 11:23
Email ThisBlogThis!Share to TwitterShare to FacebookShare to Pinterest