A week after I had found one of the breeding areas for the Southern Migrant Hawker along the Cuckmere valley I returned to see if there were any still holding territory.

This time I found at least 2 males present and also a female that I disturbed when walking around the area. As soon as she had taken flight she was pounced on by one of the males and mating occurred straight away. Once they had joined up they flew close around me and once settled very briefly in a nearby bush, before then flying straight into the middle of a vast reed-bed.

At least this time though, I did manage to get a few shots of a settled male that landed near me, once again only briefly. Flight shots were much more difficult this time as they were not hovering so much in the area, possibly due to them knowing females were also in the vicinity. 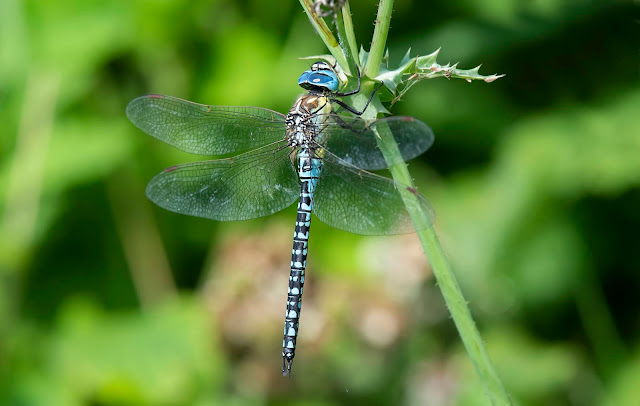 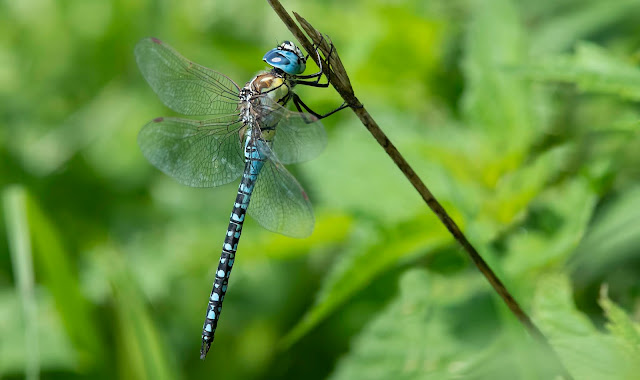 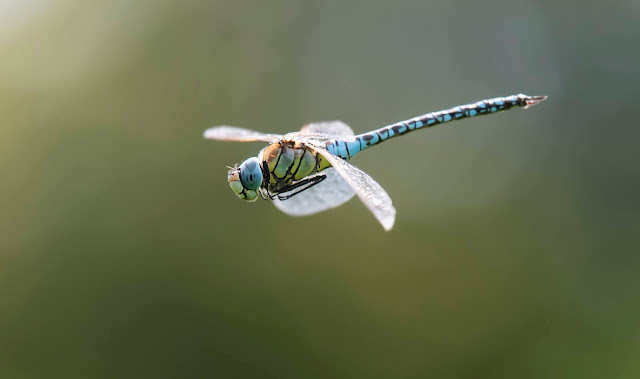 My only flight shot from the short session of the male Southern Migrant Hawker.

Posted by Bob Eade. at 08:57
Email ThisBlogThis!Share to TwitterShare to FacebookShare to Pinterest