A Day of Contrasts.

Yesterday was always going to be a difficult day as it would have been Penny's birthday, and especially this one as it's the first one since I lost her in April.

I thought the only way to get through the day was to head out for a walk as soon as possible, but that became difficult as I had a text saying a parcel was going to be delivered late morning so I had to hang around. Fortunately the parcel was early so I quickly made up a bit of lunch and headed out, walking from home to make sure I had a longer stroll.

First I headed to the area where I found the Lace Border moths earlier in the year as they are now in the middle of their second brood. I did come across one by accident during one of my Naturetrek day tours that I did a couple of weeks ago. Almost as soon as I got to the main area where I have found them in small numbers I disturbed one in the undergrowth. Fortunately, in the dullish conditions it didn't go far and I managed to get several open wing shots. 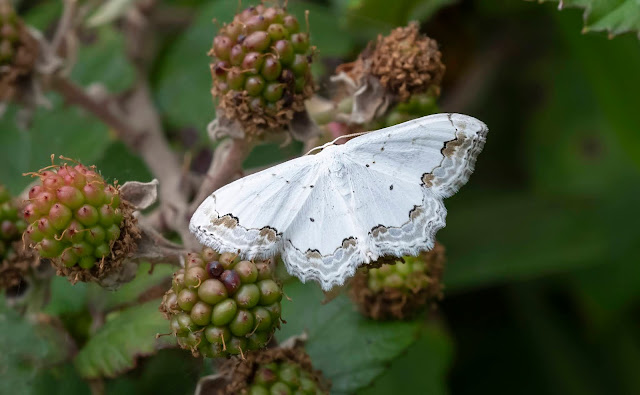 Lace Border.
The moth then flew to another spot where it showed even better, showing off its beautiful markings. 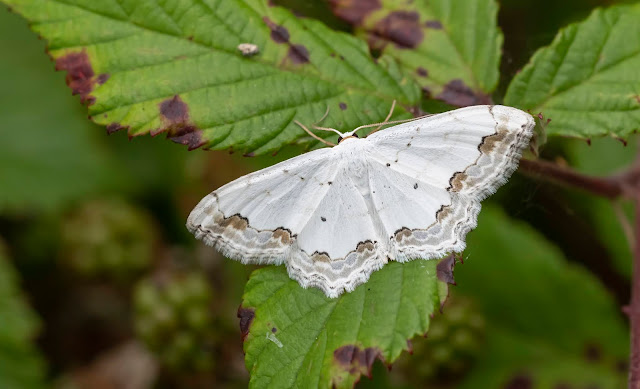 Lace Border.
This species is extremely rare and this small area holds the first known Sussex breeding colony since the 1950s so I am very lucky to have come across them so near to home.
My main target for the day was to try and find where the local Southern Migrant Hawkers are breeding, so I headed down into the river valley, although on the way I noticed a Silver-spotted Skipper egg- laying in the short grass. This species uses Sheep's Fescue as its larval food-plant and as ever with butterfly eggs they do take a bit of searching as they are tiny. As I had the exact spot though I did find it after a minute of looking. The eggs of this species look a bit like a pudding. 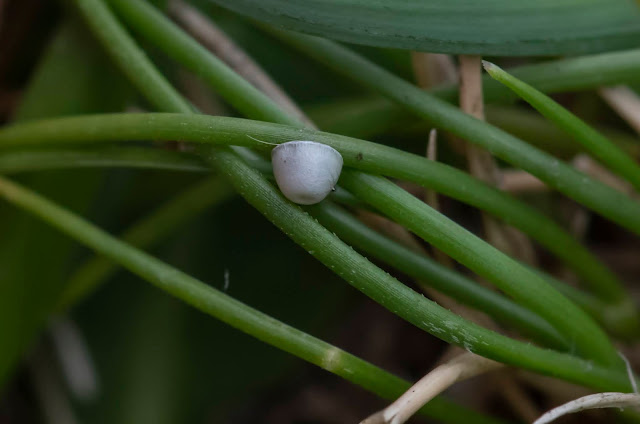 Silver-spotted Skipper egg.
After checking lots of ditches near the river I eventually came across a male Southern Migrant Hawker that was clearly holding a territory. With the weather being a little overcast and only a few sunnier breaks the dragonfly did vanish for quite long periods and a search of the nearby bushes didn't reveal him at roost so it was a case of hanging about and waiting for the odd sunnier moments when he reappeared to fly around his chosen patch. A few flight shots were achieved in the now limited time, as I was going to Chris's place for dinner and I was already going to be late!! 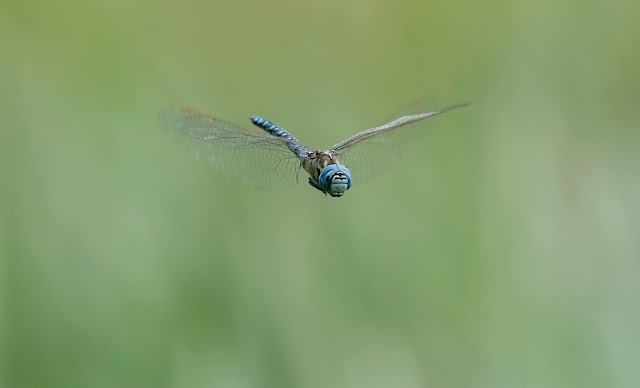 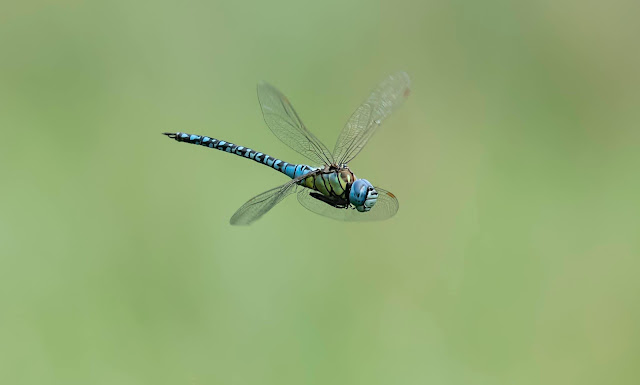 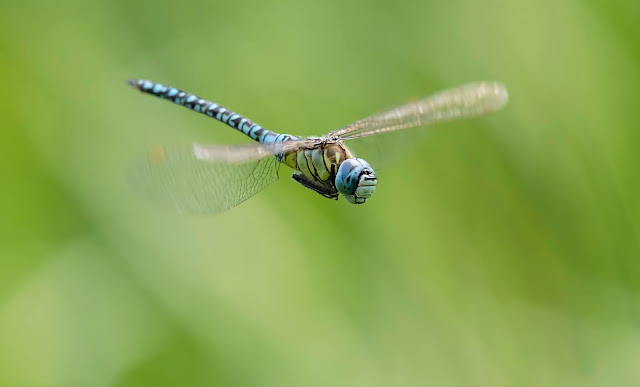 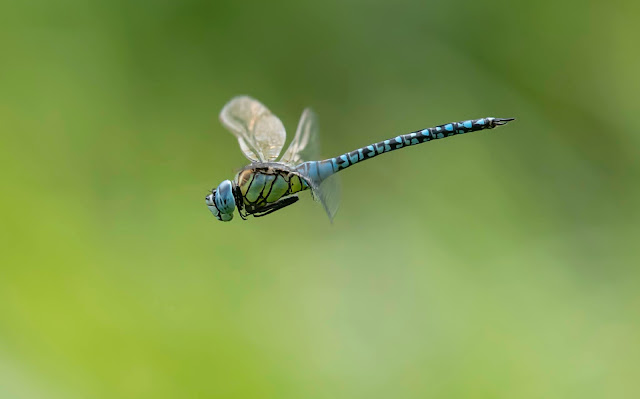 Southern Migrant Hawker (Blue-eyed Hawker).
In the vegetation I also spotted a female Blue-tailed Damselfly of the form rufescens. Not a rare form by any means, but one that I haven't photographed for many years. 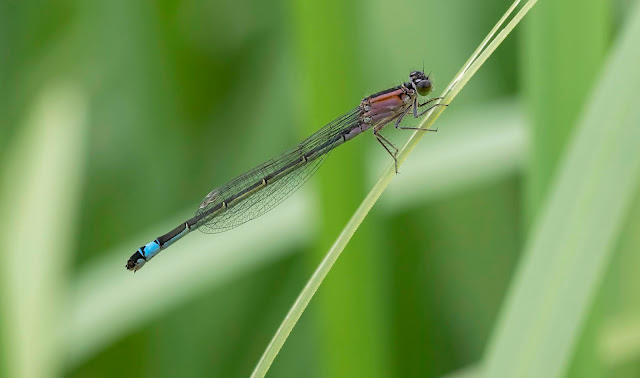 Blue-tailed Damselfly of the form rufescens.
So there goes a day I had been dreading for some time. A day of great sadness but thanks to my wildlife passion a day that also gave me some great moments!!