Not A Dingy Stroll.

On Monday I was feeling pretty low after a rather depressing weekend and the weather continuing to be extremely miserable.

I thought the only way to improve the mood was to wrap up and go for a walk in the cool wind. To be honest I was still feeling down and a bit sorry for myself but at least I was out in the open air and after seeing a few Wall Brown and 3 Grizzled Skipper the mood had improved a little.

I also came across another Small Eggar larval web, these are like so many things this year, well behind where you would expect them to be as far as growth goes. Last year the webs were very visible and the larvae much larger than the ones I've seen so far this year.

I then spotted another larval web but realised straight away that it was a web of Lackey moth larvae. This larva is particularly colourful and is always a great find. I started to photograph the larvae when I spotted a fly that was obviously bothering the larvae as they were very agitated every time the fly got too near. I was pretty sure that the fly was a parasitic fly trying to lay eggs in the larvae so having got a few photos of both the fly and the larvae I was hoping that the pictures would prove useful in identifying a possible parasitic fly to the Lackey. 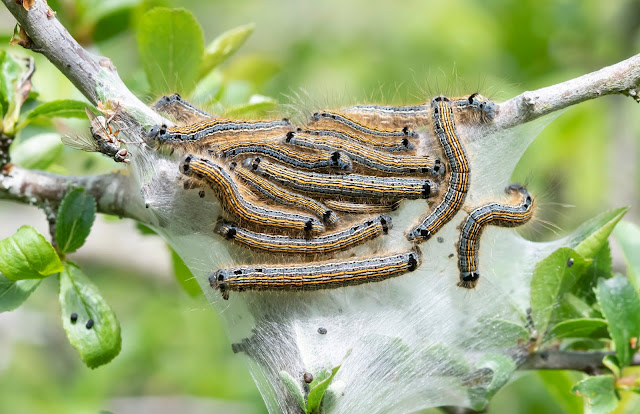 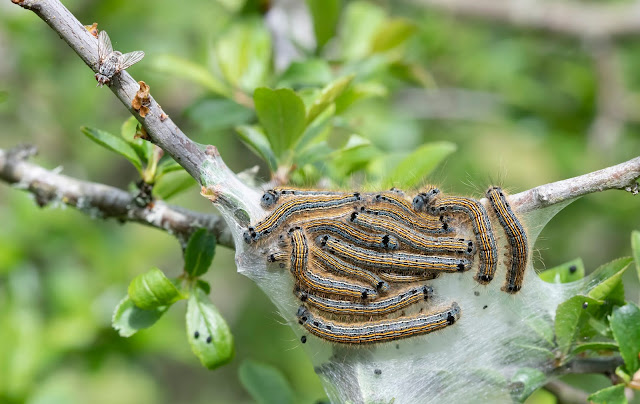 I contacted the Sussex Moth Recorder to see if he knew if the Lackey had a fly that was a parasite to them and he wasn't sure, but he knew a man that did. Chris Rapier is probably the top authority on parasitic flies and he identified the fly straight away as a Goniocera versicolor which is a known parasitic fly that targets the Lackey. It is quite a rare fly and is only known from Wales and the South West of England and as it happens this is the very first Sussex record of the fly. Of course, it is pretty easy to overlook, but it is pretty good getting a Sussex first on a walk I wasn't really expecting to see anything much!! 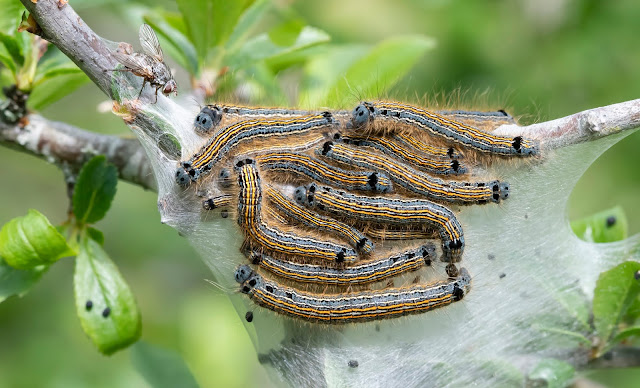 Lackey Larvae and the Goniocera versicolor eyeing them up.
A little bit further into the walk a large black and white bee settled just by me. It was another strange insect and I managed just a quick grab shot before it went off on its way. This one wasn't a rarity, but was a Grey Mining Bee. Still nice to see and another creature I can't remember seeing settled before. 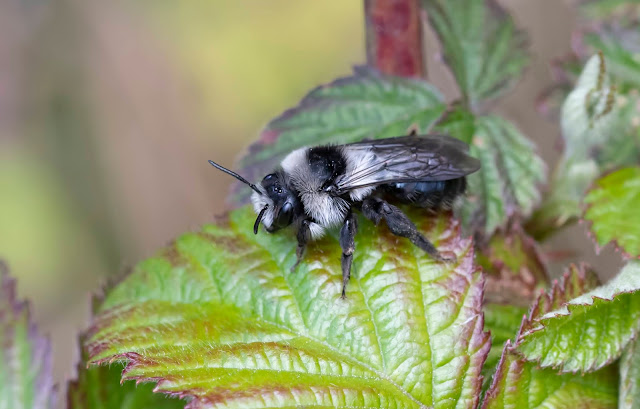 Grey Mining Bee.
By now the clouds were really building up and I was thinking I should head for home, but a really fresh Dingy Skipper landed just by me and after getting a couple of shots of it with its wings wide open it proceeded to go to roost. Just a little further along the valley it looked as though it was raining very heavily, but where I was I escaped all but a little drizzle and it wasn't long before the sun came back out, and the Dingy Skipper once again opened fully for me. 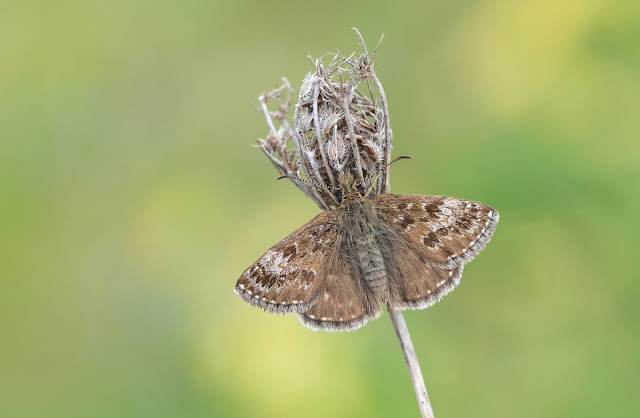 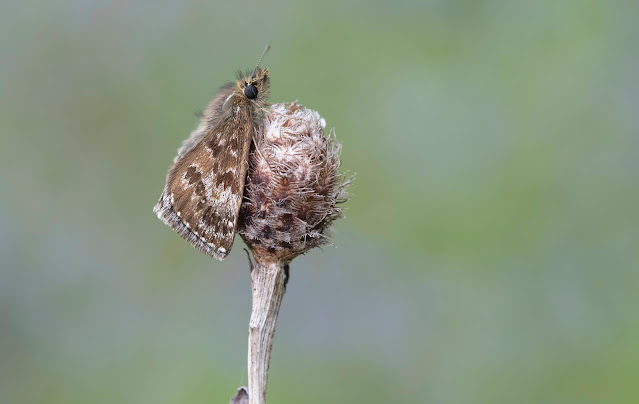 Dingy Skipper preparing to roost with a backdrop of Germander Speedwell. 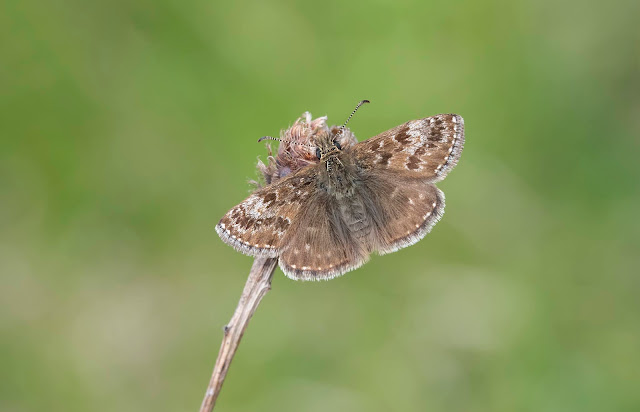 Dingy Skipper warming back up again.
Although my mood at the start of the walk was very Dingy, the Dingy Skipper really helped me to feel a lot better, then of course the news that I had found a County first lifted it yet further!!

Posted by Bob Eade. at 10:51
Email ThisBlogThis!Share to TwitterShare to FacebookShare to Pinterest