With travelling distances still being restricted as we moved into the Summer I was still having to stay within walking distance from home most of the time. This threw up more surprises and some quite rare finds.

In the early Summer I surveyed the valley for Small Eggar signs, having first finding a larval web of this species back in 2017. This is a rare moth in Sussex and was a very big surprise finding them local to me. Each year since I have found a few webs with a maximum count of 5. However, in 2020 there seems to have been a bit of a population explosion as I found 58 webs in total with probably several more being out of sight. The fully grown larva is particularly attractive. 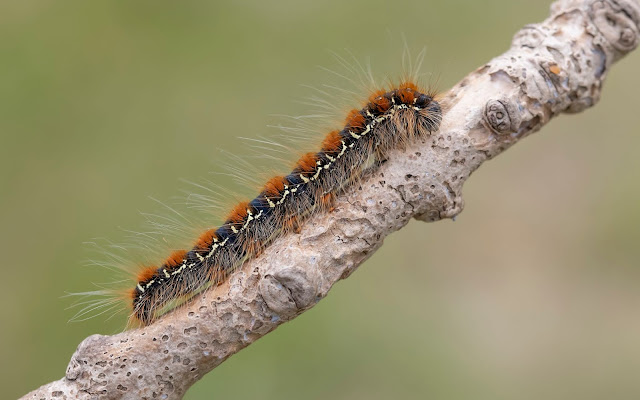 Small Eggar larva.
My most popular find was another Large Tortoiseshell. This one, apart from some wing damage on one side, was much fresher than the Spring one. I also managed to get several friends onto the butterfly during its short stay along the valley. 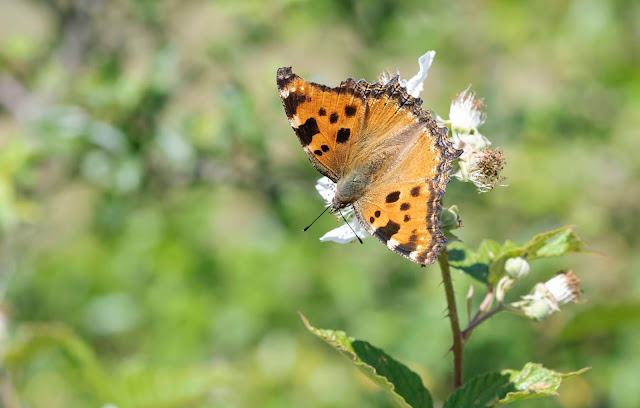 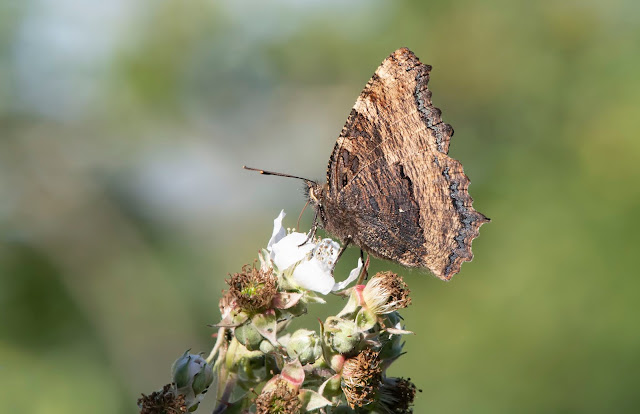 Large Tortoiseshell.
James found a really nice Silver-washed Fritillary ab. confluens in Abbotts Wood that I managed to catch up with the following day. A really smart butterfly!! 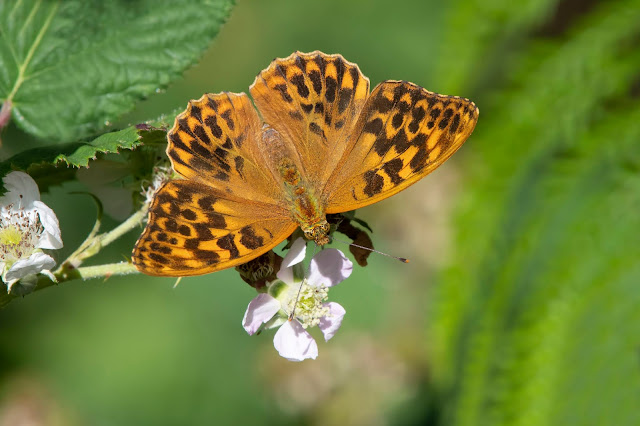 Silver-washed Fritillary ab. confluens.
On the subject of aberrant forms, I was really pleased to find a Small Copper ab. shmidtii which is a form I have always wanted to see. To have found it myself made it even more special. Unfortunately it was a really hot day and the butterfly was very active so I didn't manage to get any good photos. 3 record shots remind me of this special butterfly though. As far as I am aware nobody else saw this particular butterfly. 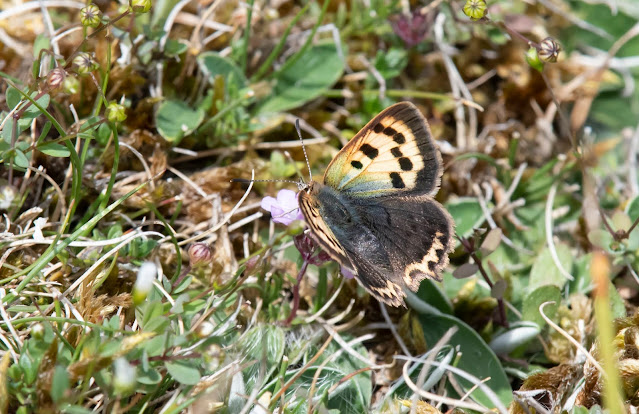 Small Copper ab. schmidtii.
Probably the rarest moth I found was a Lace Border. With this being the 4th sighting in Sussex since the mid 1970s it was a very good find on my local patch. It probably had migrated over from the continent although the foodplant for the species is found in the vicinity. A thorough search later in 2021 is in order to see if a colony can become established. Once again only a poor record shot was achieved unfortunately before it flew into a bush and vanished. 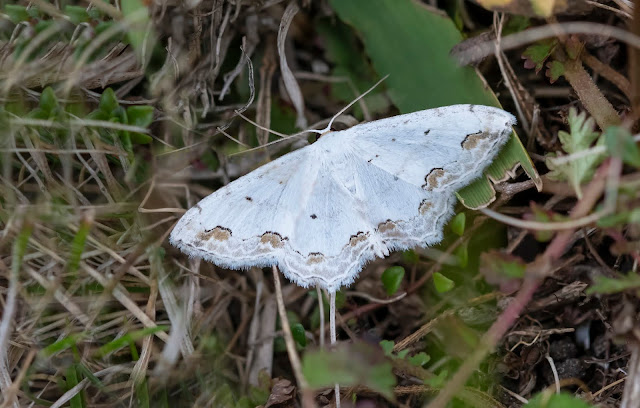 Lace Border.
I had several days over the Summer searching for Clearwing moths. My favourite photos were of a Yellow-legged Clearwing in a woodland near Ringmer, and a Raspberry Clearwing that I was very surprised to catch in my own garden. 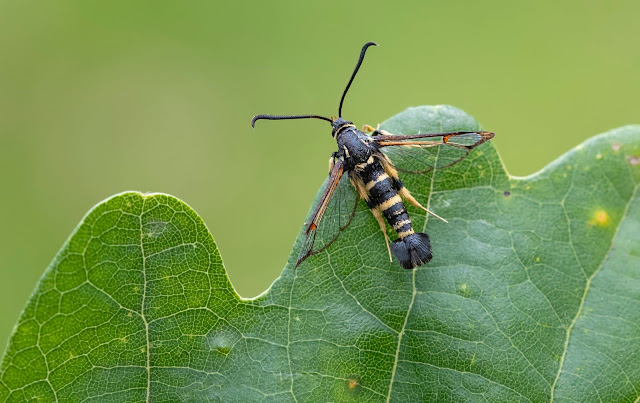 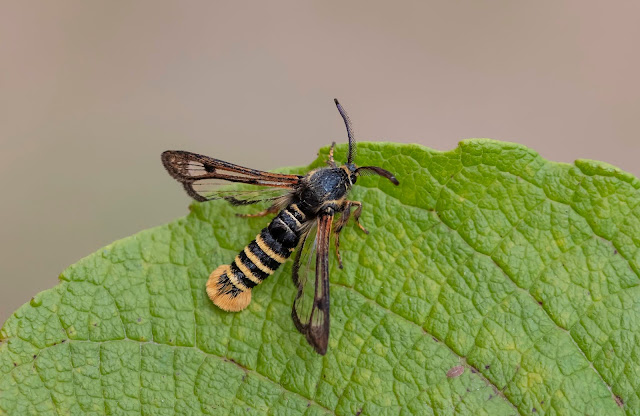 Raspberry Clearwing.
Dave invited me over to watch his garden Badgers one evening. Despite seeing Badgers on many occasions over the years it was excellent seeing one so close. 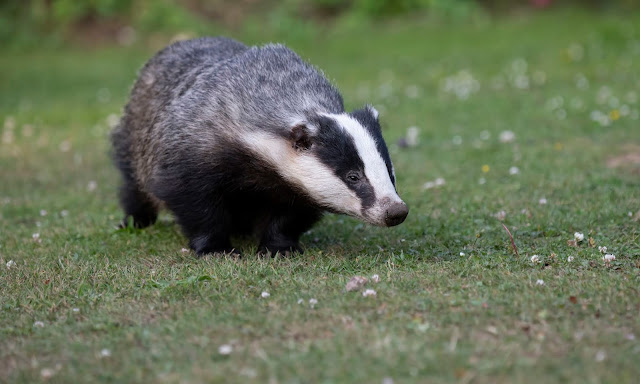 Badger.
My final highlight of the year was to find several local colonies of Willow Emerald damselflies. This species has been spreading all over the South East and it was only a matter of time before they appeared on the River Cuckmere. 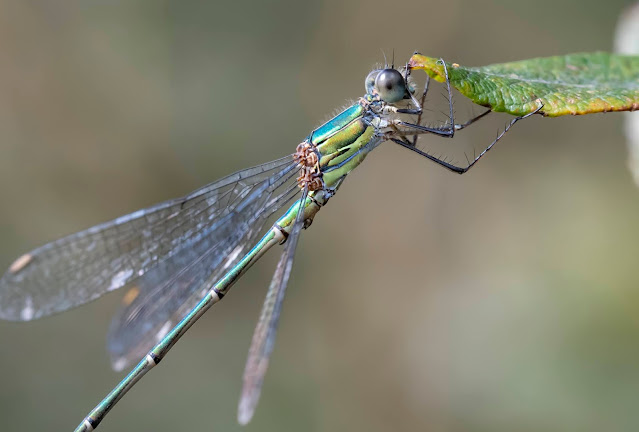 Posted by Bob Eade. at 11:27
Email ThisBlogThis!Share to TwitterShare to FacebookShare to Pinterest