I have done very little birding lately so it made a pleasant change earlier this week to see a couple of local specials.

The Snow Bunting that has been at Arlington Reservoir for the past few days was the first stop and it performed quite nicely for us as it foraged on the dam wall, keeping in the shade.  The bird had a few feathers missing on one side which meant the white area was more pronounced on the one side. 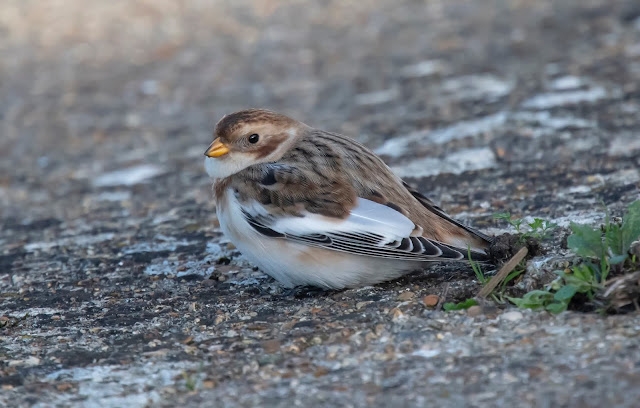 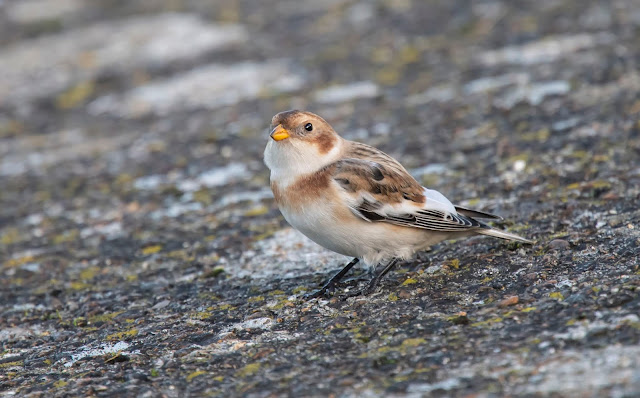 Snow Bunting.
We then headed to Seaford where several Black Redstart have been feeding around the sea defences. With the sun blazing down quite a few insects were flying around giving the birds plenty to chase.  4 different birds were seen, although the smart male stayed away all the time we were there. However, the female type performed very well. 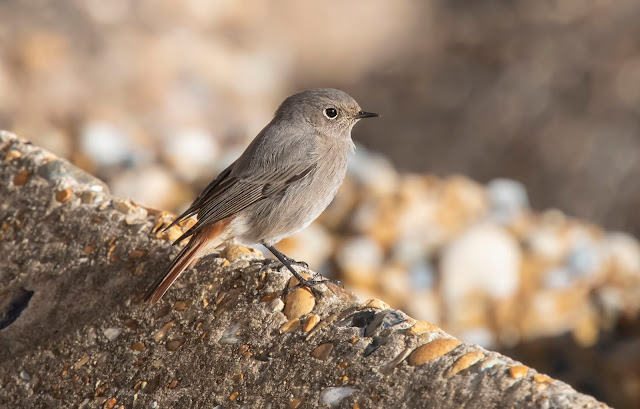 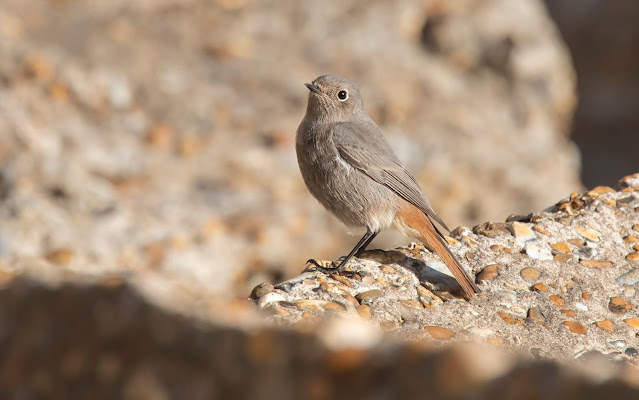 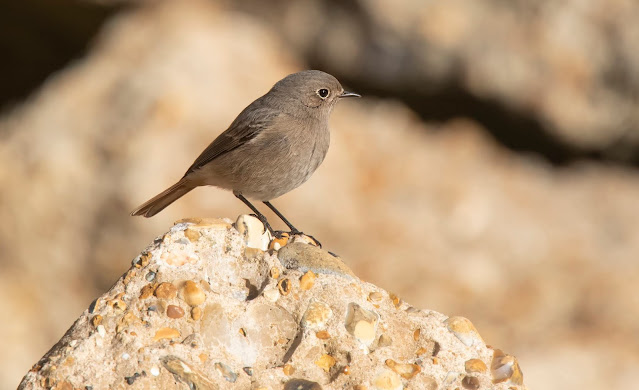 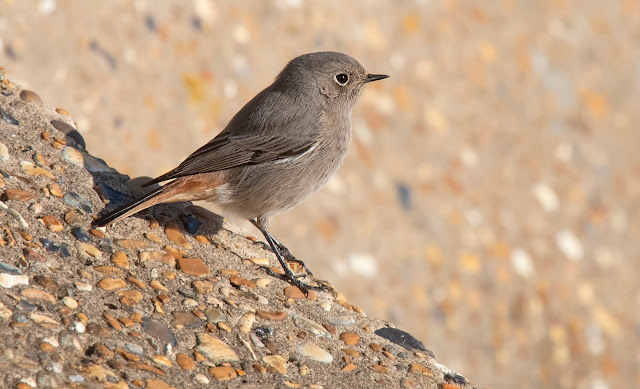 Posted by Bob Eade. at 14:28
Email ThisBlogThis!Share to TwitterShare to FacebookShare to Pinterest