Yesterday morning I had a text from Matt to tell me he had found a showy Wood Sandpiper down the Cuckmere.

I really should have gone for it then as it wasn't actually raining at the time. Unfortunately though I still had a few things that needed doing at home, including feeding Pen!!

The light however was not really that good anyway and the morning passed with me wondering if the bird was still around.

Then, at about 3.30 Matt called me to say he was going back down there as a Little Stint had also been found, and would I like to join him. Well, it's not so often we get a chance to go birding together so I thought I would go along as well.  However, by now it was starting to rain and the forecast was for much worse to come.

As we got to the Wood Sandpiper the rain eased off a little and I got a few shots before we went to look for the Little Stint. By now the rain had come back and was getting heavier all the time. After getting distant views of the Little Stint I went back to hope for better shots of the Sandpiper whilst Matt went to look for a Little Ringed Plover that had also been seen. 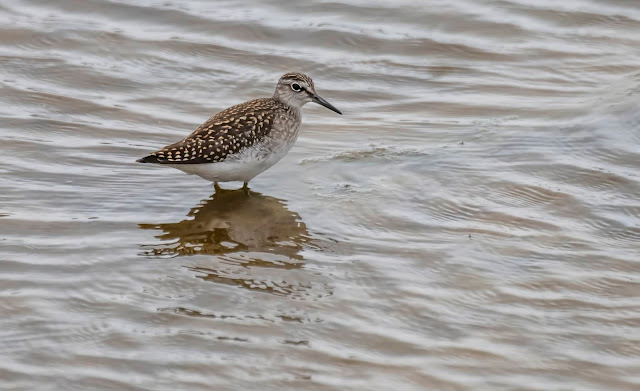 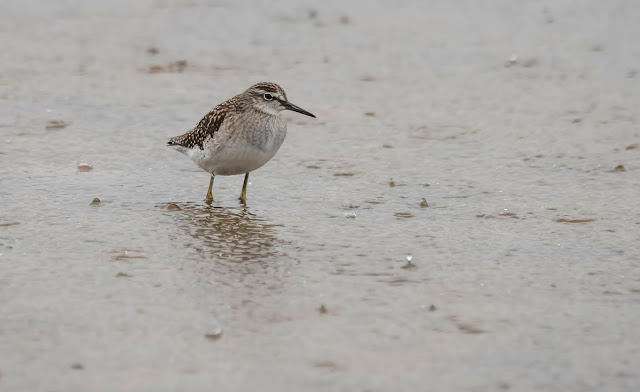 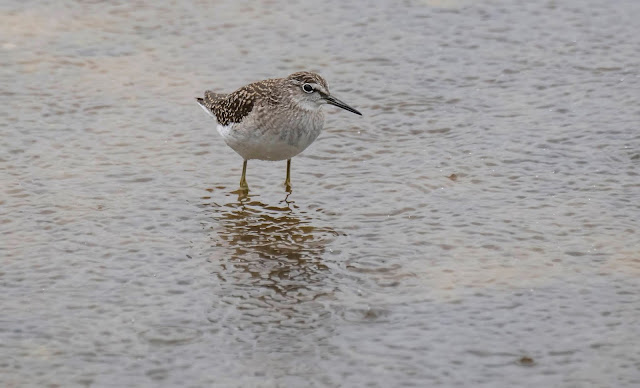 In the really poor weather I didn't even photograph the Little Stint, but I do have a photo of one I prepared earlier, and in much better conditions. This one is from Autumn 2017 from the same area. 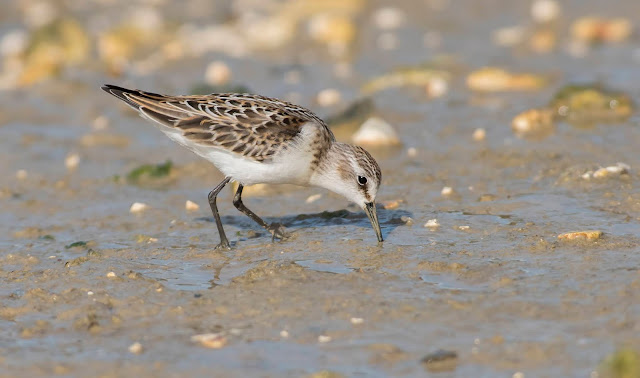