It has been quite pleasing this year to see reasonable numbers of Grizzled Skippers on my local downland patch, especially as a lot of my Winter conservation work has been aimed at helping these great little butterflies, they have also expanded into areas where they haven't been seen for a couple of years.

In all the years I've been searching butterflies on the patch I have never seen the taras form of the Grizzled Skipper there despite seeing them reasonably regularly in some of the woodland sites I visit. In fact the taras form is quite a rare beast on downland sites and I have only seen one once before way back in 2011 at Offham. 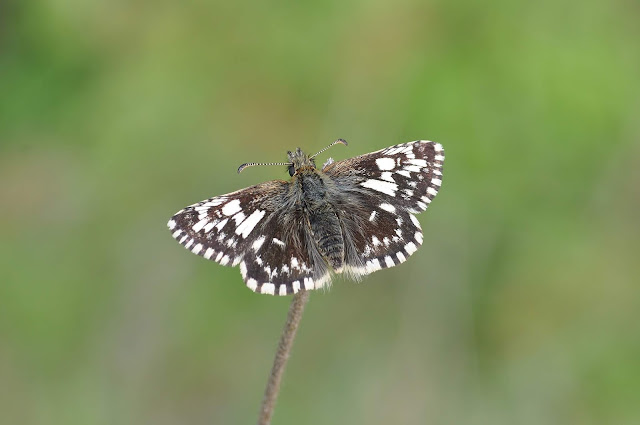 Last week I was strolling around on the patch when suddenly a Grizzled Skipper taras flew up in front of me. I managed to get a few record shots of the butterfly before it flew behind me and I lost it.

About 10 minutes later and around 300 metres further along the valley a very fresh Grizzled Skipper flew past me down the slope and as I approached where it had landed I was amazed to see it was a 2nd taras form. This one was even better marked. 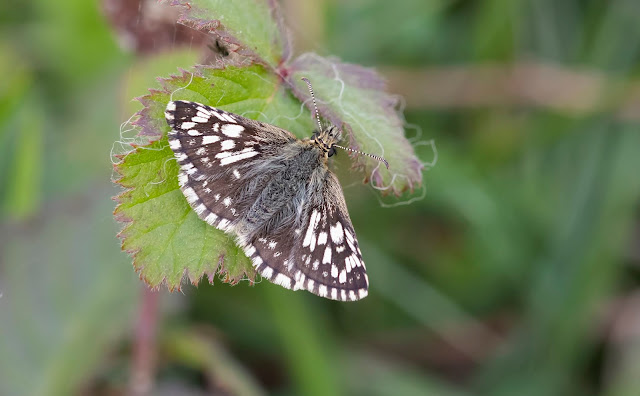 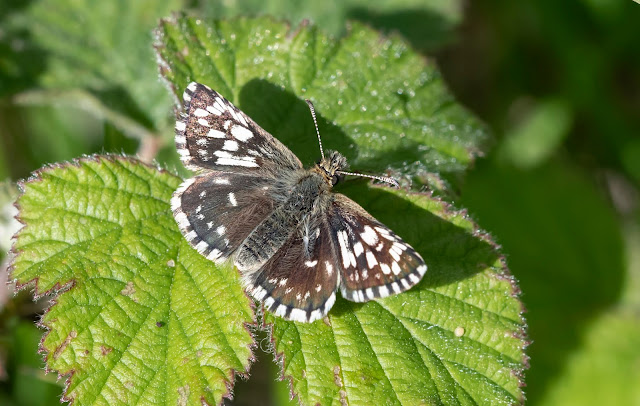 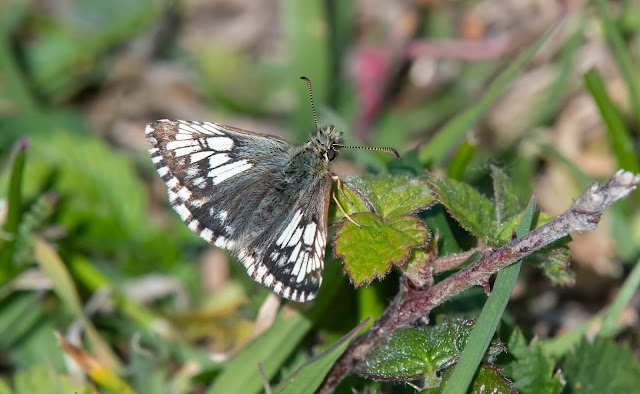 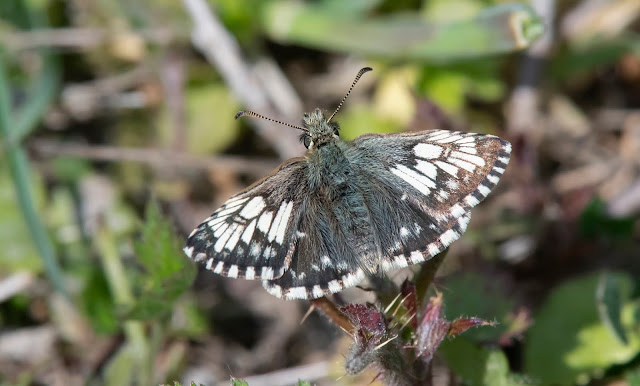 Posted by Bob Eade. at 15:02
Email ThisBlogThis!Share to TwitterShare to FacebookShare to Pinterest