Having spent some time with no success trying to find a Brown Hairstreak locally I felt that having missed this species in 2018 I should have at least one trip to a site where I was more likely to see one.

For this trip I took Pete with me, as he hadn't had much luck with this species in the past!!

As I drove into the car-park I saw a butterfly fluttering low down where Bramble and Blackthorn met and I thought the chances were good that we had the first one with the engine of the car still running.  I quickly parked up and walked closer to make sure, and there it was. A beautiful female Brown Hairstreak.

She kept settling low down on the Bramble leaves and opening her wings a little way allowing shots of her top wings. Eventually she settled even lower down and spread her wings as far open as I have ever seen a Brown Hairstreak before.

Every now and then she would walk along stems of the Blackthorn looking to lay eggs, although we didn't actually see her lay.  The only drawback was that she didn't give an opportunity to get a good under-side shot as there were always leaves in the way. However, around 40 minutes were spent with this gorgeous butterfly. 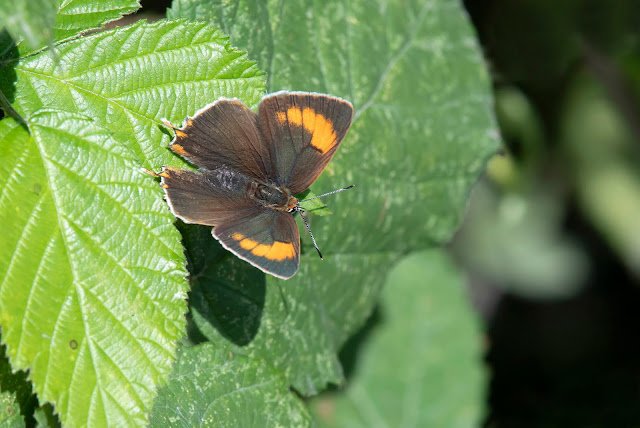 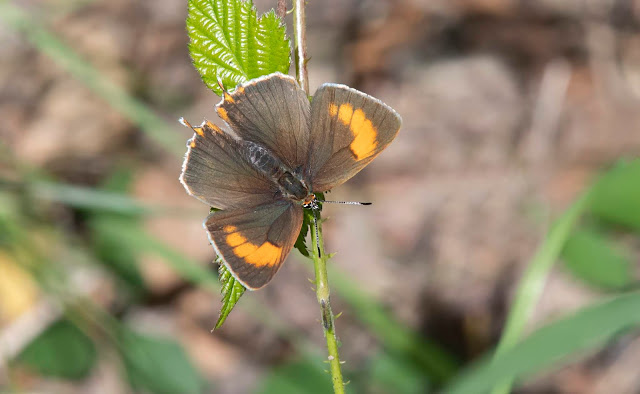 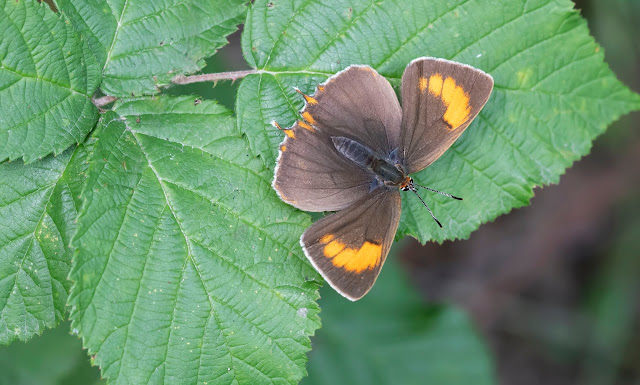 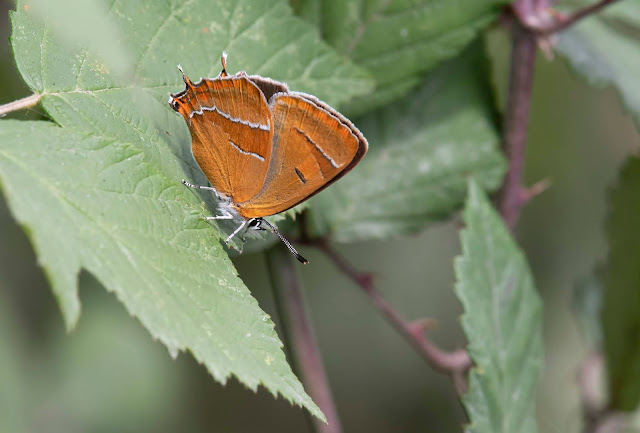 Other than this female we only saw a tired old male high up in the trees, so we were extremely lucky to get the female.

In a nearby Sallow I also spotted a Herald moth larvae. 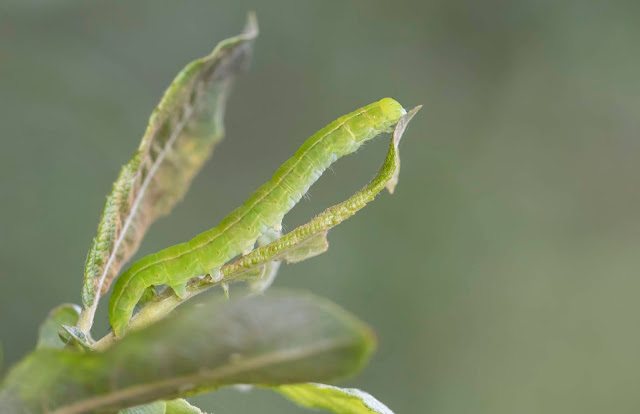 Before we went to the butterfly site I took Pete slightly further north to show him the Violet Helleborines that Matt had found a couple of weeks earlier.  Pete couldn't remember seeing this species before, although in our younger days when we went looking for orchids we may have come across them.  The Helleborines were now past their best and the following shots were from my earlier visit. 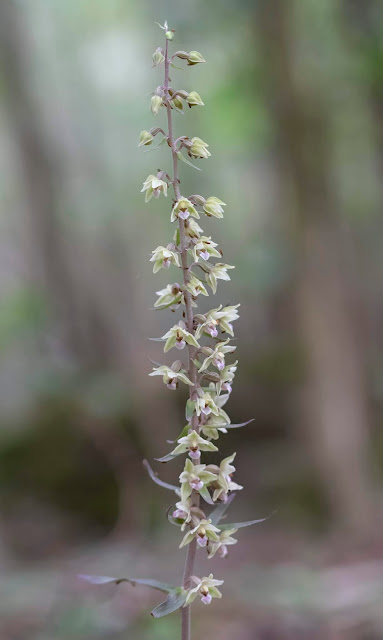 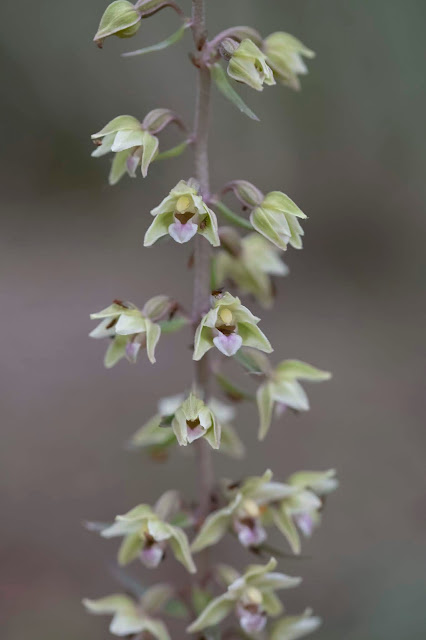 Posted by Bob Eade. at 18:24
Email ThisBlogThis!Share to TwitterShare to FacebookShare to Pinterest