With only two short visits this year to see the beautiful Small Pearl-bordered Fritillary I was still pleased to get some shots of both male and female. Unfortunately, I was too late to see the rather smart aberrant butterfly that was there for a few days.

Both times I was there the weather was very up and down, well, actually much more down than up as it happens!!

My first visit was with Clare who had only seen a single one of these at roost last year, so I was pleased to be able to show her some flying around just after we got there. Not long after some very heavy clouds built up and the butterflies vanished. Fortunately, just before this I spotted a very fresh female heading off to roost. Another enthusiast also showed us where a male was roosting so we could get shots of both sexes. 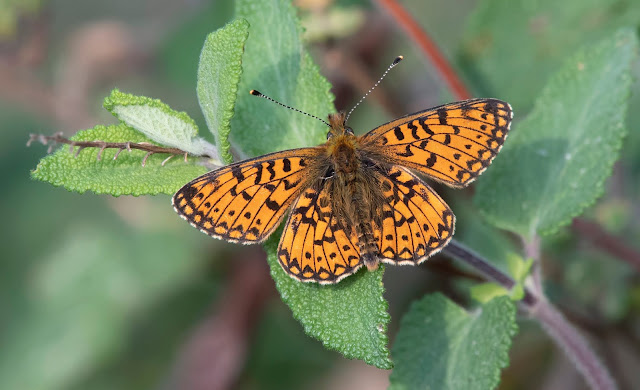 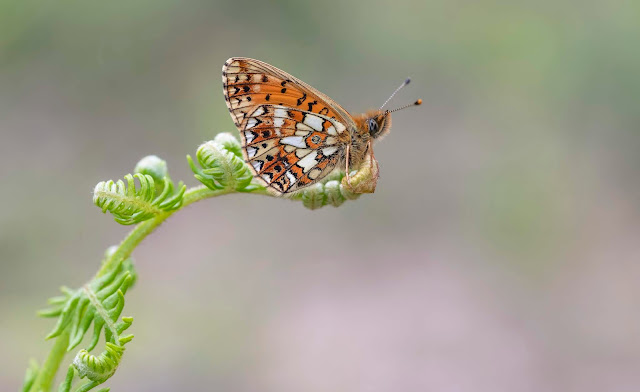 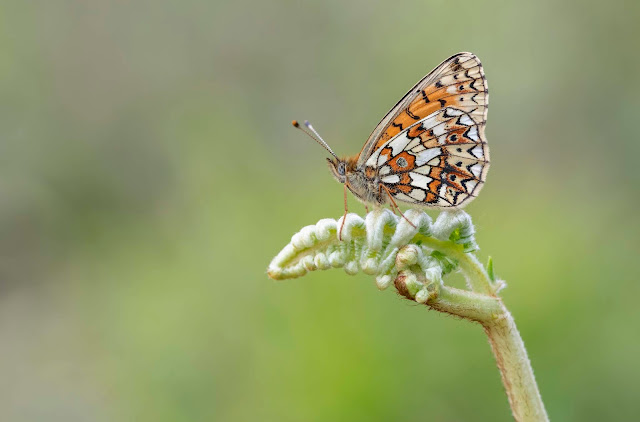 My next visit was with Nigel, and although we were reaching the end of the Small Pearl flight season a few butterflies did show. After a good walk around I only had a photo of a White-legged Damselfly, so after Nigel left I returned to the hot-spot where I bumped into David who had just found a newly emerged female.

After taking several shots of this stunning insect we headed to where I had seen a slightly older female earlier, and she was still in the same area along with a male. 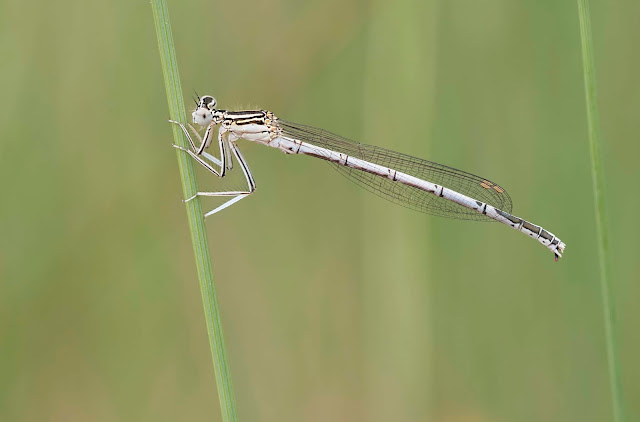 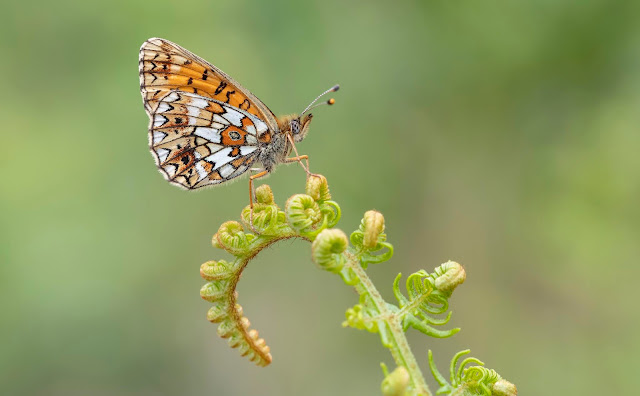 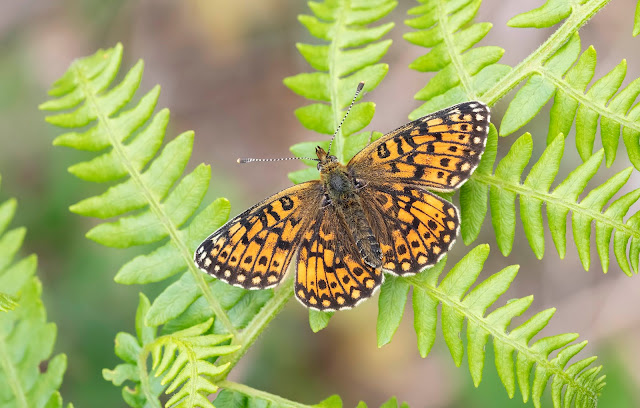 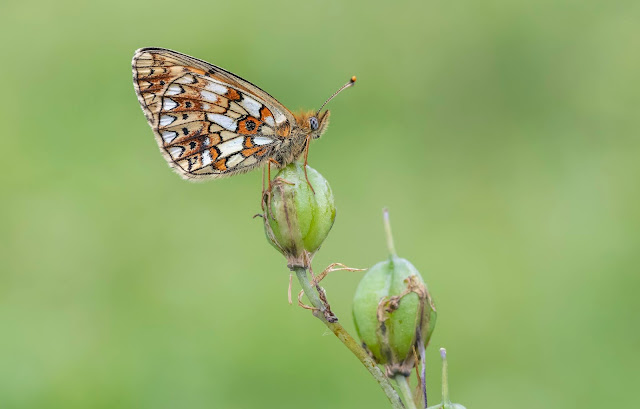 Both sessions were excellent, and it was good to see these Fritillaries doing well since their re-introduction.