I have recently updated some of my camera gear which gave me a few problems as I was unable to process some of the photos. However, normal service has returned so I can now share some of the recent additions.

On a walk along a local path I saw 2 Brimstone tumbling together in the far distance, but instead of a brief tumble which Brimstone often do these 2 stayed together. Looking through the binoculars, as they were around 200 metres ahead of me I could see that there was a male and female so I started to walk much quicker. I was still some distance away when they went into the undergrowth and didn't come back out again. It was then trying to work out exactly where they dropped and a concentrated search. I just could not find them and after several minutes I was about to give up when I spotted them hiding under a Bramble leaf. I then had to climb over a barbed wire fence with the camera and try to get some photos. Of course, the background was far from ideal, but I was generally pleased with getting a photo as I can't even remember seeing Brimstone mating before. 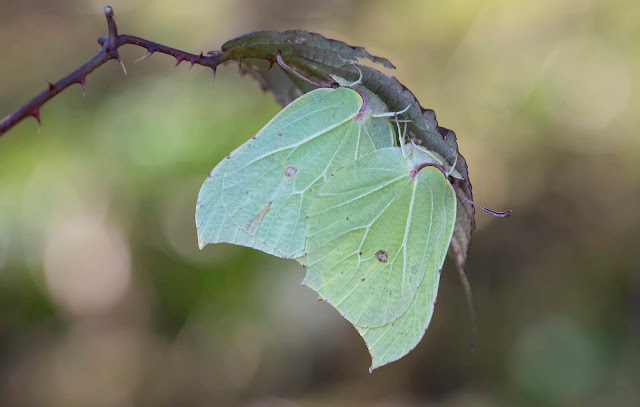 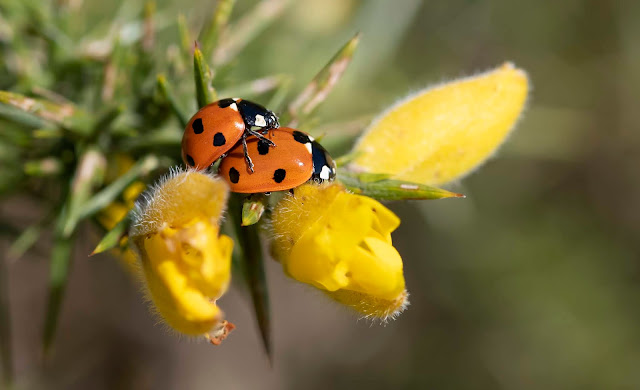 The following day I was invited to join David and Malcolm who were going to Rye Harbour where a Black-necked Grebe in near full breeding plumage was showing quite well.
With the bird not coming quite close enough and the sun always being slightly in the wrong position I was once again quite pleased with how the camera performed and gives me hope for the Summer. 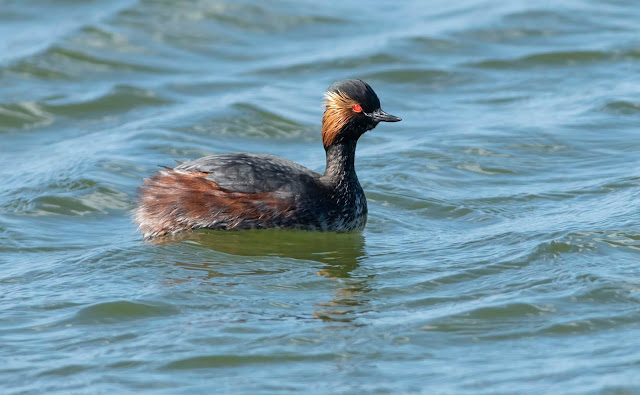 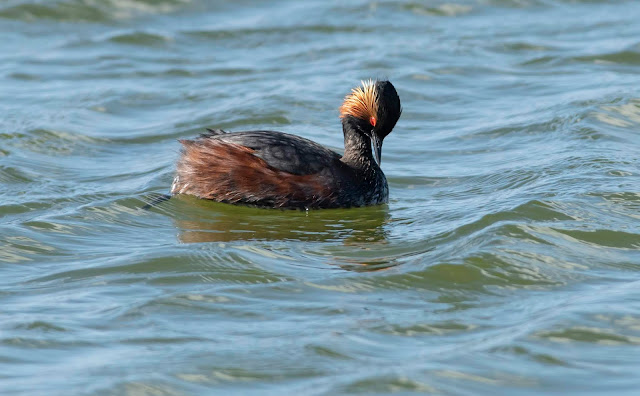 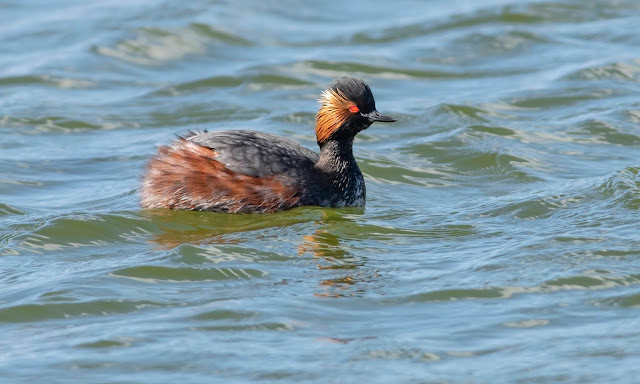 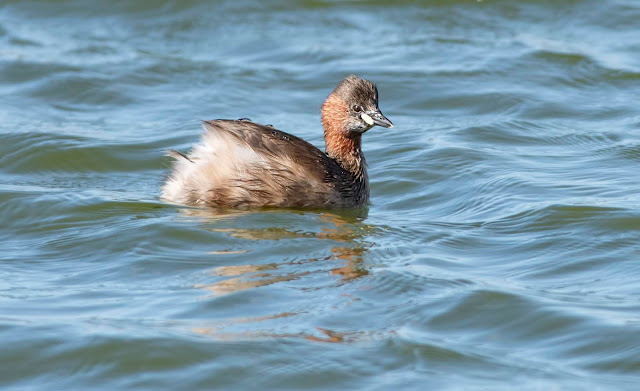 Posted by Bob Eade. at 18:09
Email ThisBlogThis!Share to TwitterShare to FacebookShare to Pinterest