In cool conditions yesterday I was strolling along a track on the local downland when I spotted a Dark-edged Bee-fly that looked asleep on some foliage. I carefully crept closer and prepared to take the photo when it suddenly took flight.

This was a bit of a shame as I don't often see these handsome insects resting off the ground and this would have been I'm sure my best image of one of these to date.

About 40 minutes later I was walking back the same way when I spotted another Bee-fly resting on a Hawthorn sapling. I was even more careful this time taking a few shots with the longer lens before getting in close with the macro. This one was so fresh I think it had recently emerged and was drying off on the sapling before its maiden flight. It was wonderful to be able to get some detailed shots that really showed off its intricate wings. 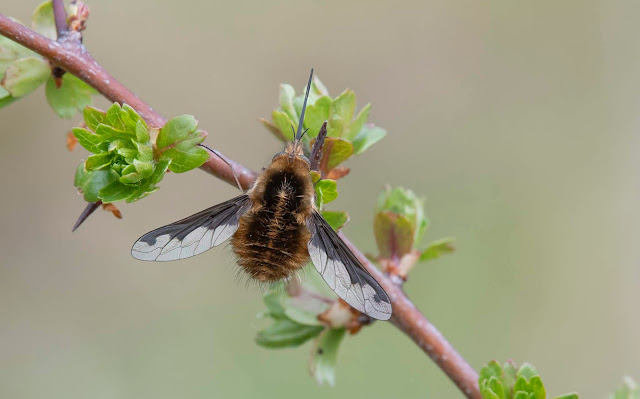 I then took my good friend Paul out looking for Orange-tips. There we met up with James who had just been photographing some Orange-tips at roost on some Cuckoo-flower. Unfortunately for us the weather had warmed up just before we got there and the butterflies had taken flight. However, a couple of brief opportunities when the butterflies settled allowed a couple of shots. 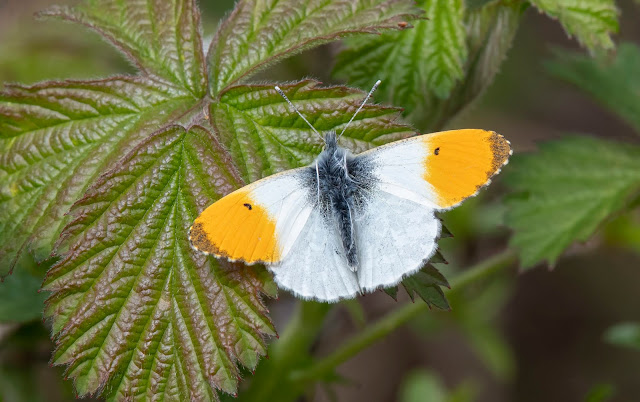 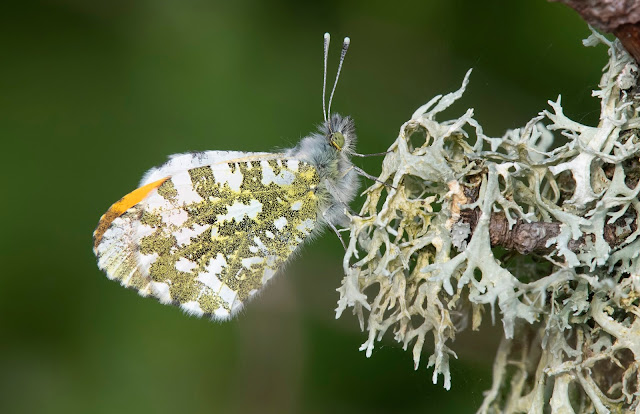 Several Comma were also performing well in the area. I also saw my first Green-veined White of the year bringing my 2019 species list up to 10. Probably 20% of my British species sightings now seen which is a little depressing in a way!! 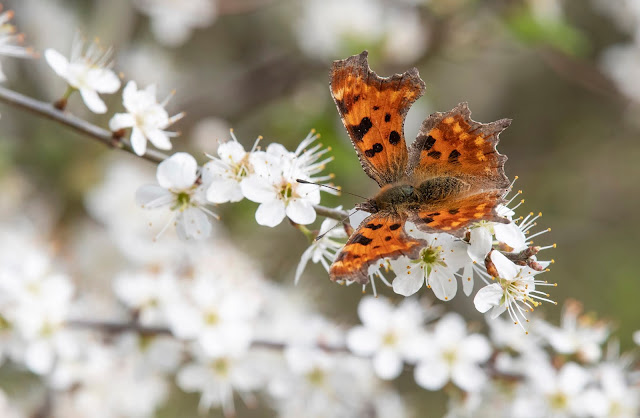 The day before I had come across several of the quite rare micro moths Pyrausta ostrinalis that are regular on my local patch. This is a very early record for this moth according to the Sussex moth recorder. 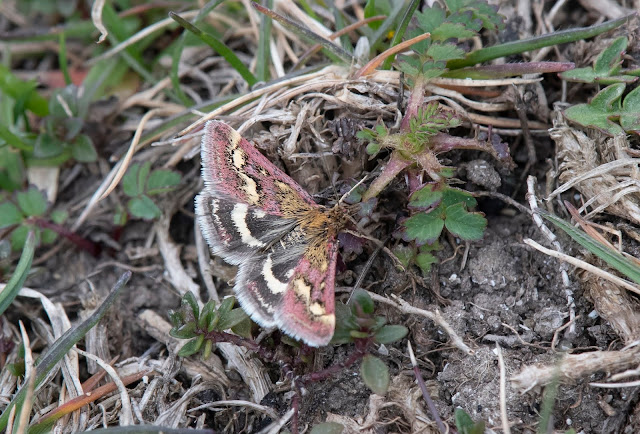 Posted by Bob Eade. at 12:58
Email ThisBlogThis!Share to TwitterShare to FacebookShare to Pinterest