With a calmer and milder night I put the trap out again last night. A larger number of moths this morning although there were not any rarities. However, it was nice to get my first Pine Beauty of the year, and only my 2nd ever. A few Early Grey were also in and around the trap. 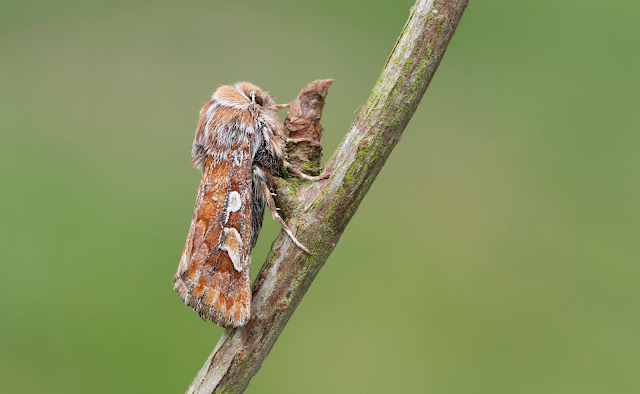 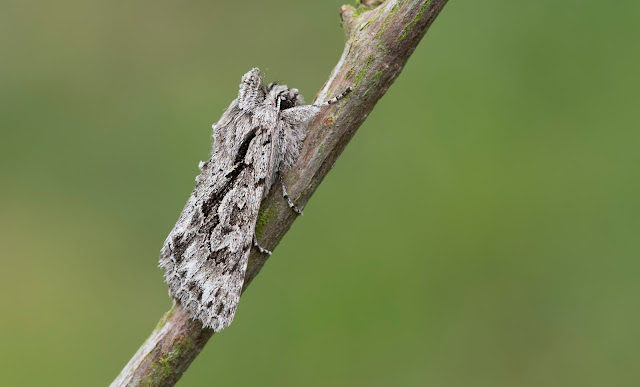 A stroll around the local patch searching for Wall Brown larva was a little poor with most of the larva now going missing as they approach fully grown. This normally happens around now so it looks as though my highest count of the year at 18 will not be beaten. This is well down from the 40 in a single visit last year. 2 new larva that I hadn't seen before were found however including one that lacked the white line along the side and was also a brighter green. It didn't look quite right for a Wall Brown, but it is not right either for the other 2 possibilities either, so I guess it had just moulted. 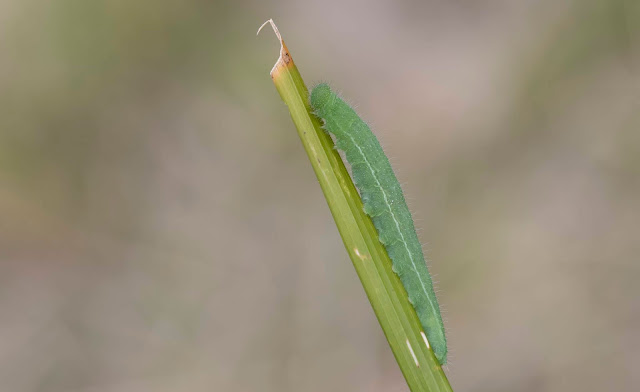 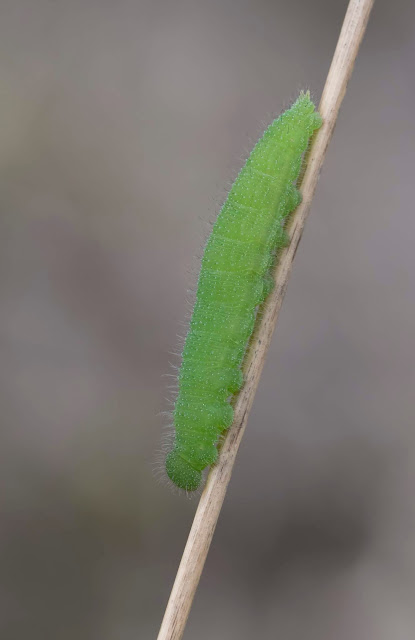 On the moth front I had my first Common Heath and Pyrausta despicata of the year and numbers of the tiny micro moth Ancylis comptana have grown over the past few days. This moth is just 5mm long and very hard to follow when they fly. A bit of time was spent hoping to improve my poor shots of this moth from years gone by. 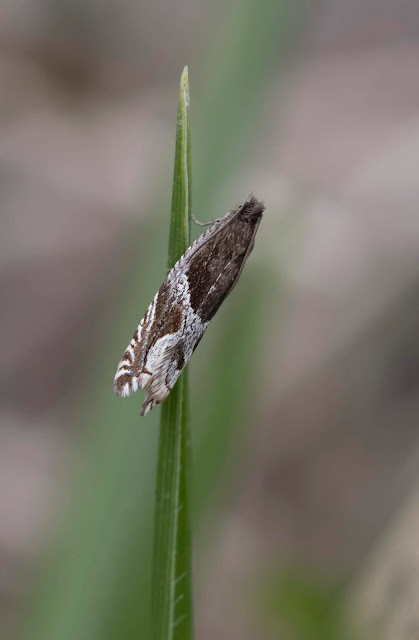 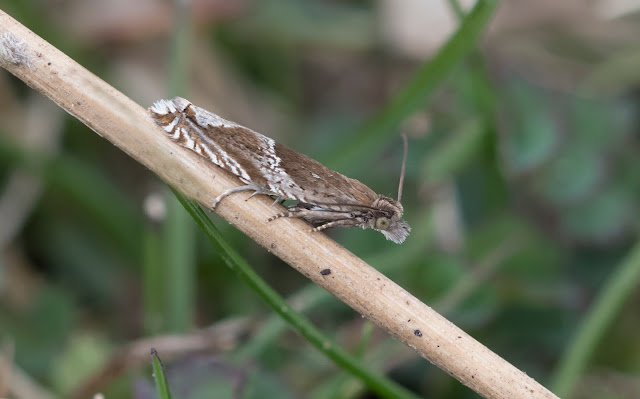 Posted by Bob Eade. at 17:09
Email ThisBlogThis!Share to TwitterShare to FacebookShare to Pinterest