Black Redstart and Blast from the past.

With a sunny day forecast yesterday David and I decided to head for Shoreham where a very smart male Black Redstart had decided to take up residence for the time being. When David arrived at my place the cloud cover was looking a bit heavy, but as that had happened a few times recently we assumed it would clear soon. However, when we arrived on site the clouds were just as bad and it looked as though we were not going to get lucky.
The good news was that the bird was at least showing, although it was quite flighty. Eventually a patient wait brought it within range and a few shots were taken, albeit not as good as we were hoping with the very dull conditions. 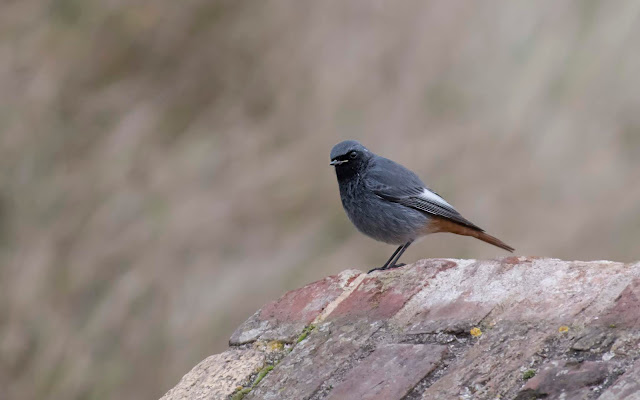 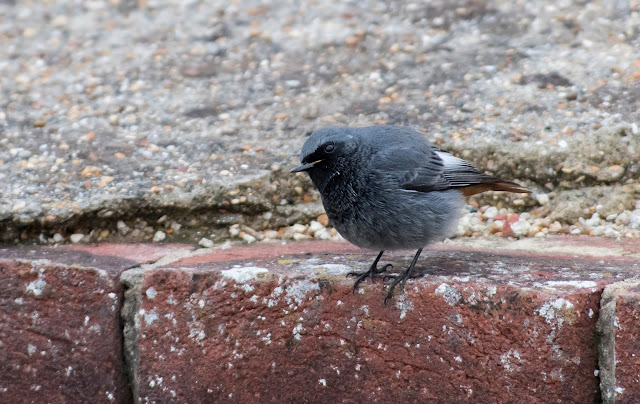 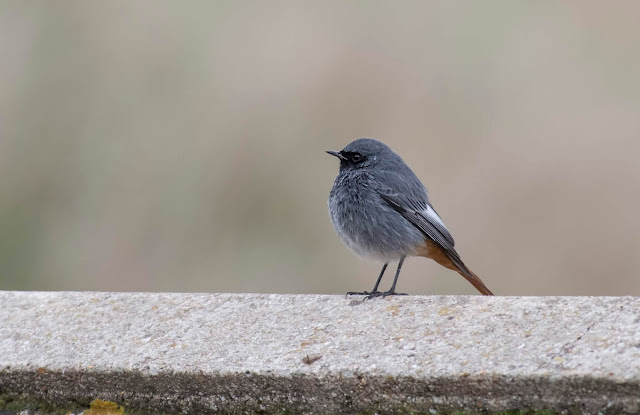 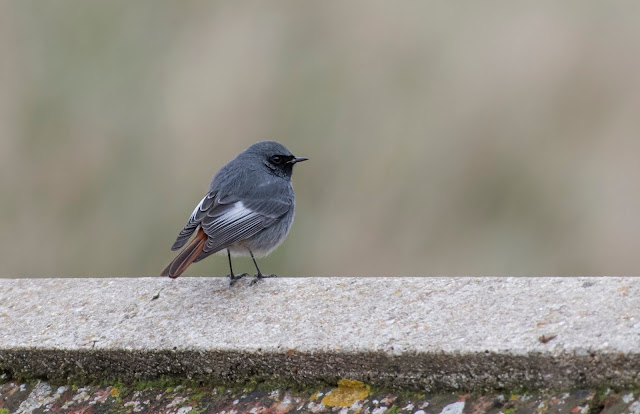 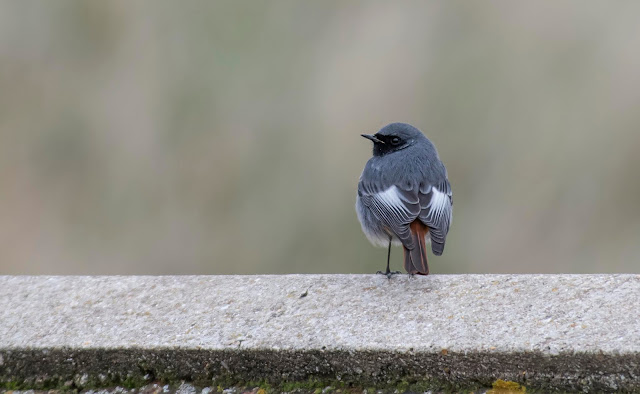 When it became clear that the weather was not going to improve we headed for a nearby site that can be very good for Short-eared Owls. This is one of my favourite Winter sightings and I'm pretty sure I didn't see any of these Owls last year so I was hoping to at least see some. We didn't have to wait long either as one was flying on arrival. A little later we saw at least 3 of them, although the camera stayed quiet. On leaving a lovely Barn Owl was hunting over the meadows but by then the light had really started to go. What was particularly impressive was the high numbers of Yellowhammers. Each field seemed to have large numbers and we may well have seen around 100 of these Buntings during the time we were there. I did take one photo of a flock in a bush, although this is only a small flock compared with some of the others. Several Reed Bunting were also mixed in with the Yellowhammers.

Yellowhammers in a bush.

This morning I had an e mail from Pete saying he had found an old picture of me and my good friend Larry Crowhurst taken many years ago. I would guess that the picture was taken around 1979 or 1980 and was probably in the Chiddingfold Forest where we regularly used to go butterfly hunting in those days. Larry and I used to have some great sessions in those days photographing Pearl-bordered Fritillaries and Wood White. Both common species in that area in those heady days. Unfortunately Larry passed away in October 2002 and is still missed by his many friends. My thanks to Pete for e mailing the picture over. Larry Crowhurst and myself. I am the handsome bloke on the right, Larry is the intelligent one on the left!!

Posted by Bob Eade. at 16:08
Email ThisBlogThis!Share to TwitterShare to FacebookShare to Pinterest