Last year on July 13th I did my 'Wider Butterfly Survey' on the edge of Friston Forest, followed by a search for the local Grayling, our Sussex Grayling are unique in being the very last chalk downland colony left in the UK. Last year I found the first Grayling for the year, and as nobody had found any yet this year I thought it was a good opportunity to see if I could repeat last year.
Once again I did the survey first and then headed to the valley where the Grayling can be found. Once in the valley it was a steep climb, and a zigzag course was tried. It did take a long time, but eventually a Grayling flew past me with another joining it briefly for a little aerial battle. It did land often and also on foliage sometimes, not often that happens in the valley, although maybe the heat and dry conditions made the difference. It really is a wonderful species with the most amazing camouflage. As it already had a red mite on it I would guess that it had been on the wing for at least a couple of days. 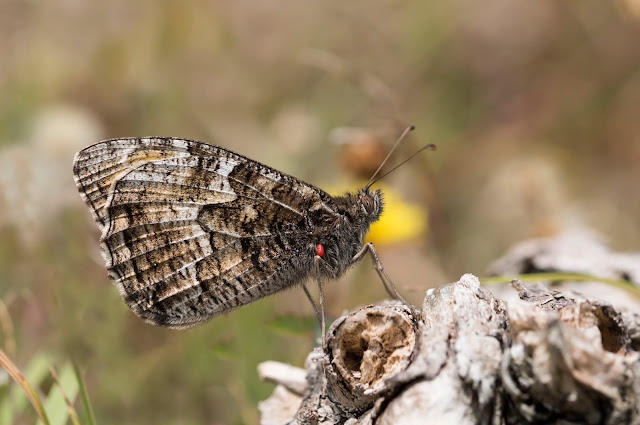 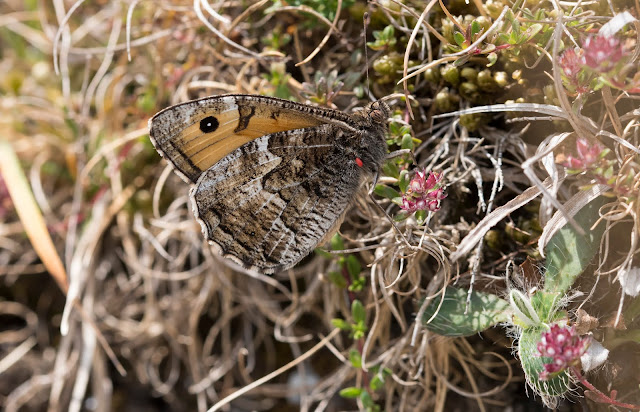 Along the bottom of the valley there were enormous numbers of Chalkhill Blues. In some spots they had congregated on sheep droppings to gain nutrients. When walking past they took flight and looked like a blizzard. 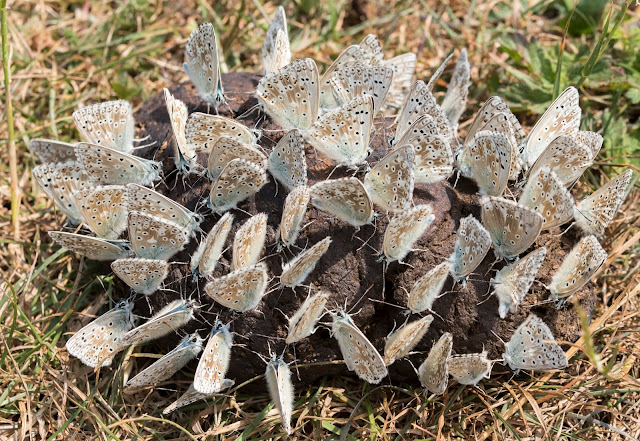 Chalkhill Blues on Sheep dropping. An ab. is also there!! 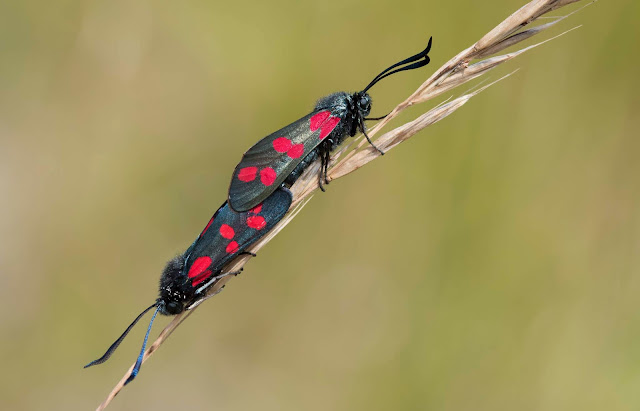 I also saw my first UK Clouded Yellow of the year and 3 Hummingbird Hawk-moths nectaring together on Viper's Bugloss.

A very rewarding day. Not bad for Friday 13th!!