My final post starts off again on that same rutted woodland track. We had seen so many species here the day before that a 2nd visit was a must.

In an area where we could pull into the side of the track easily, we could see some thistles well in flower and a large Fritillary on them. Straight away we could see it was a Cardinal, the largest European Fritillary. This was the only one of these we saw on the trip, but it was a fine specimen and it remained faithful to these thistles for some time. 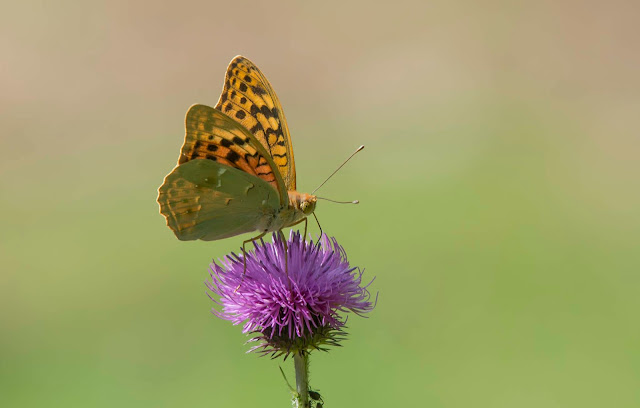 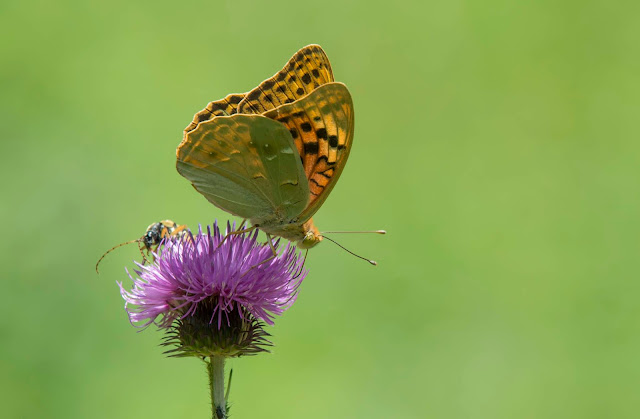 It was whilst I was photographing this beauty that we suddenly had a very large, dark butterfly flapping around us. I immediately thought we had an aberrant Purple Emperor as it was behaving in a very similar fashion. It even landed on the car, and then went into the car where it briefly sat on the back seat next to the Butterfly Book!!
After it had eventually landed on the track we could see it wasn't a Purple Emperor, but a wonderful Poplar Admiral. There is no doubt that this would have been our favourite butterfly if only it had hung around and let us get some photos of it. As it was I managed to get a grab shot of it as it sat on a fallen small branch. However, it was soon very quickly back in the canopy where we lost it. 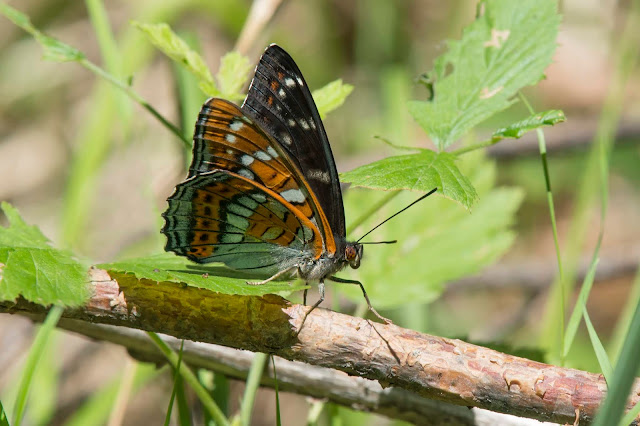 On another roadside verge we found many more flowering thistles that had several High Brown Fritillaries on them. This was the most common of the larger Fritillaries. Some of these were also in very good condition. At least 4 High Brown Fritillaries were of the form cleodoxa which have very few markings on the under hind-wing. The first of these I saw I was convinced I had found a different species. 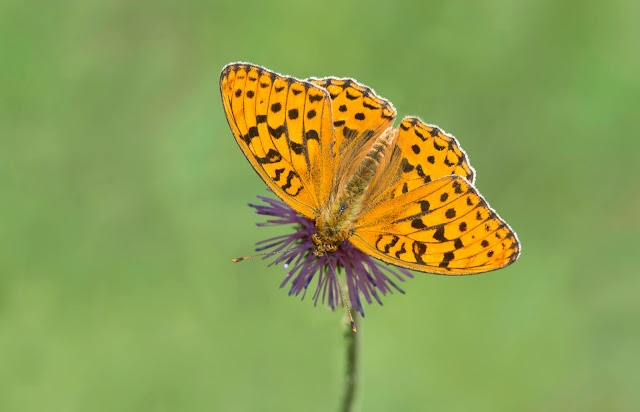 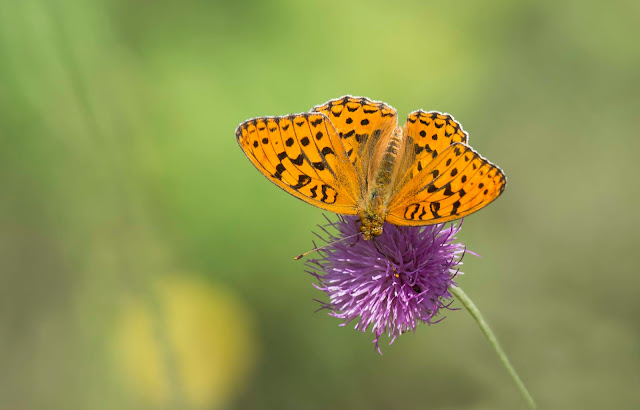 Queen of Spain Fritillaries were also seen in most areas throughout the week and varied from very tatty specimens to very fresh, showing that they have an almost continuous flight season. 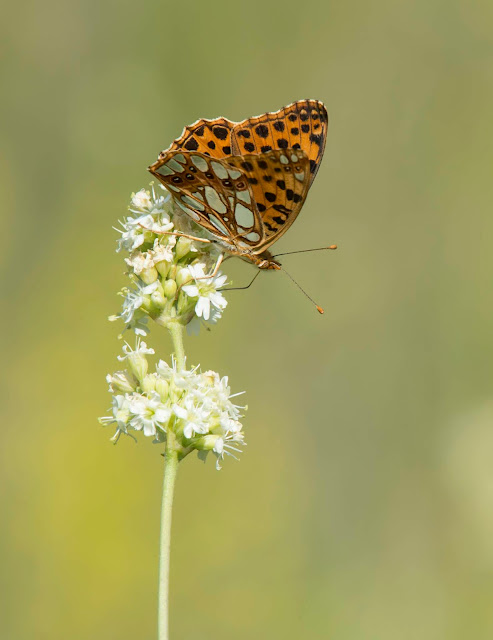 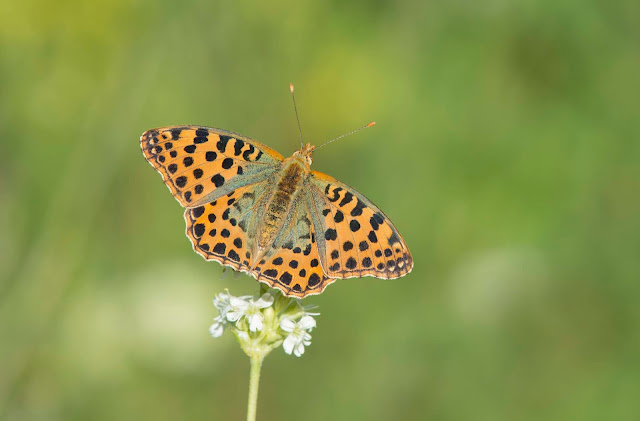 On our final day we headed away from the area and ended up doing more birding. In the area where the Golden Orioles were prolific I managed to photograph our 2nd Scarce Swallowtail of the trip while Matt was trying to nail the id on the Syrian Woodpecker. 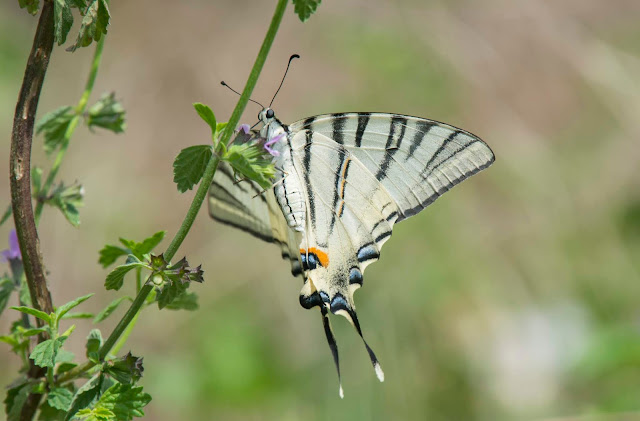 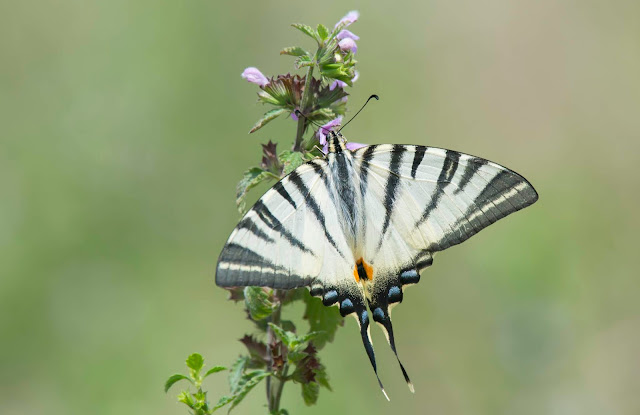 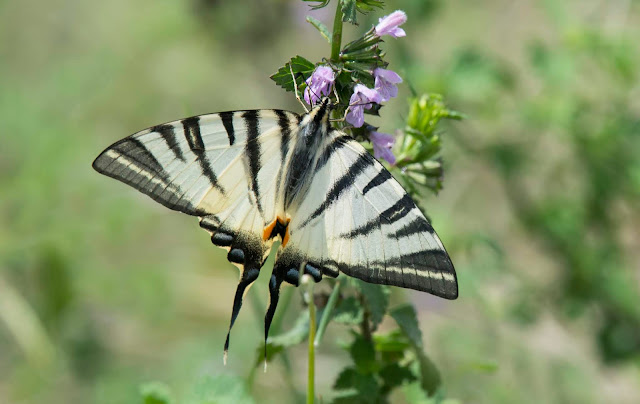 Eventually we left this meadow and drove further up the hillside where we spotted a farm track that looked worthy of checking out. It was here we saw Great Banded Grayling and as the light started to drop, our only Lattice Brown. The Brown landed on a tree branch quite high up and the only way we could get decent shots was with a small fill in flash and Matt pulling the branch down to my level, and for those that know me, that is quite a long way down!! 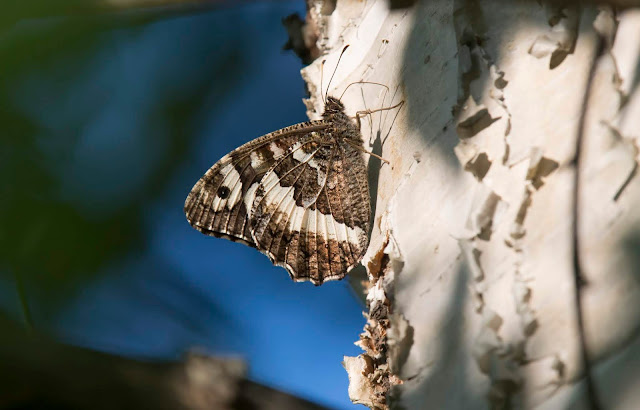 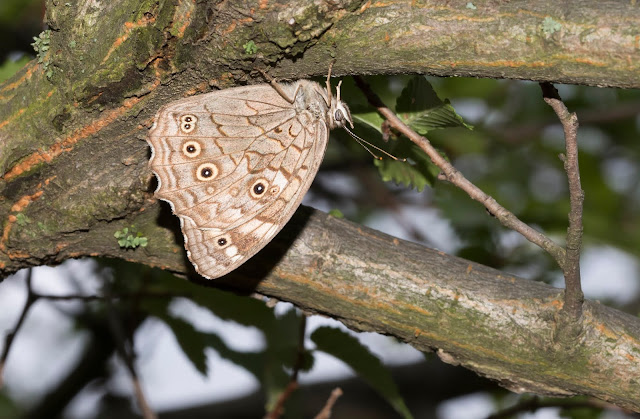 On the trip we also saw a few stunning moths of which my favourite by far was the beautiful Purple-barred Yellow. This species we saw several times including once at very high altitude. 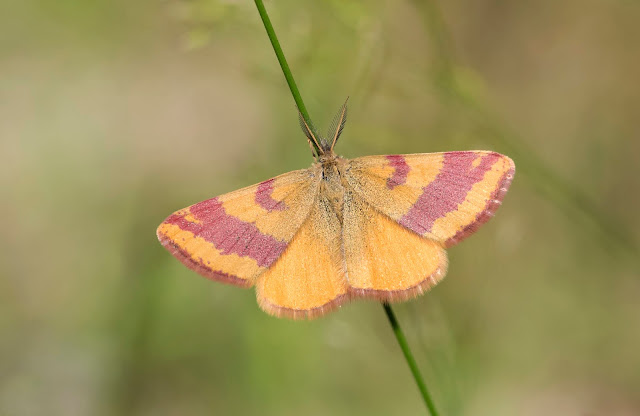 A Hummingbird Hawk-moth was seen nectaring alongside the High Brown Fritillaries. 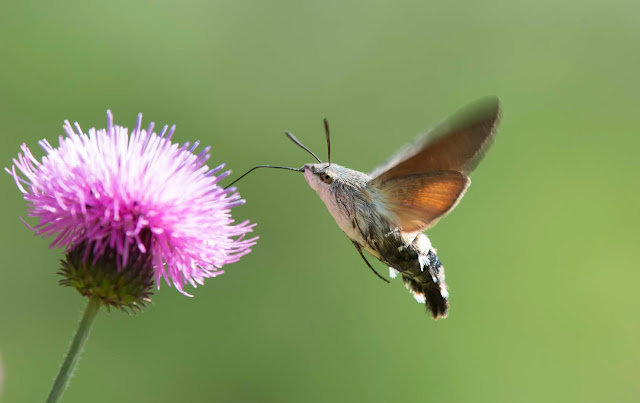 The following moth I was having trouble working out what it is. David Gardiner spotted the similar fore-wing wing pattern to the Purple-barred Yellow above. It looks as though it is either the same species, with an abnormal colouration, or a very closely related species. 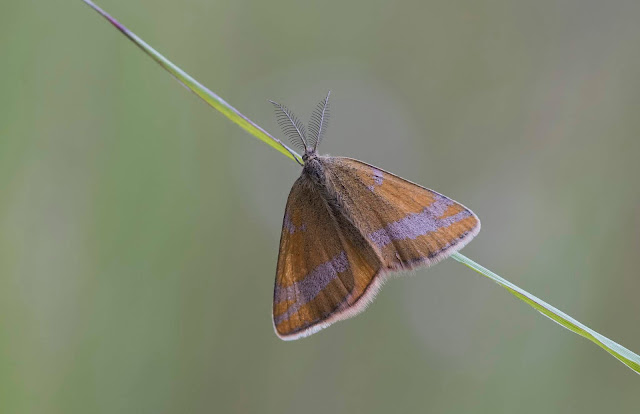 Unknown moth in the Lythia family.

It was certainly a week to remember and has given me the taste for more foreign butterfly trips, this being only the 2nd one I have done. Thanks to Matt for doing all the driving as well as spending time trying to id the species. Also for showing me many new bird species to me. Thanks also to Steve and Julie for the use of their apartment, as well as Jean, Chris and several of Pen's friends for helping out back in England while I was away, as I couldn't have gone without that help.

Posted by Bob Eade. at 15:48
Email ThisBlogThis!Share to TwitterShare to FacebookShare to Pinterest