Bulgaria Butterflies. The Queen of Bulgaria.

Remember, to view larger just click on the images.

With many butterflies seen and photographed on our recent trip to Bulgaria it is difficult to know how to present them on the blog, so I am going to start with the first 2 days and then continue through the week.

After arriving in Sofia on time, Matt picked up the hire car, a new, small and under-powered Clio and started the 2 hour drive to Bansko, picking up traditional food on the way at the motorway McDonalds!!

A short stop in a layby saw our first species with several of the larger Coppers, some Blues, Fritillaries and Marbled Whites. It was here we both had some very large and nasty tics trying to make friends with us. Fortunately, this was the only spot that we had tic problems.

After arriving at the apartment and unloading the cases we headed straight out again and headed for a meadow that had been recommended to us. Here we saw more Coppers, Large Wall, Wood Whites, several Fritillaries and Blues. 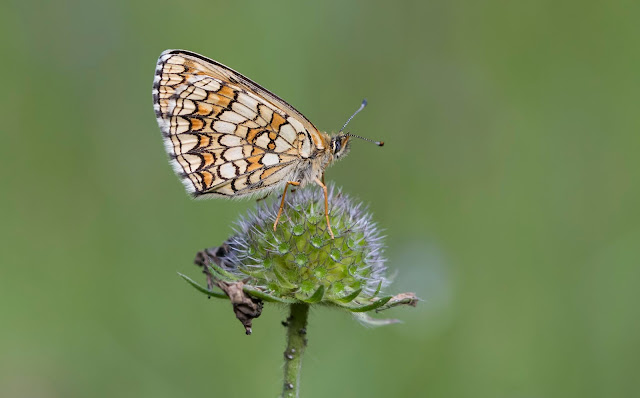 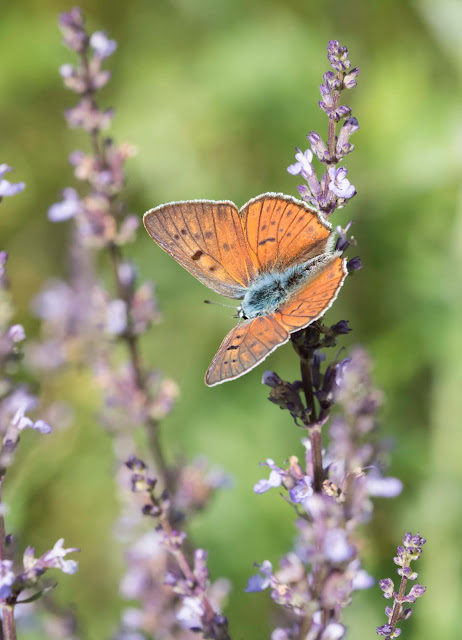 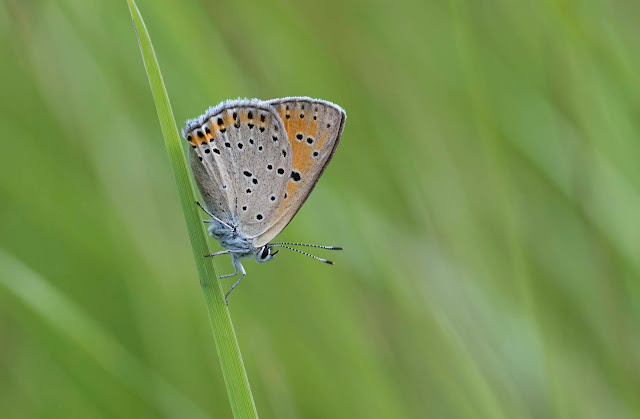 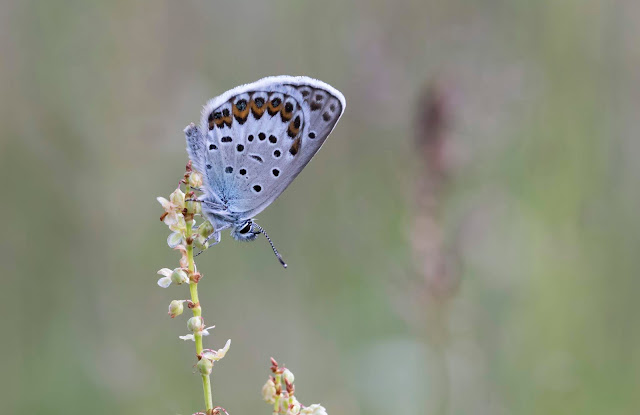 After also admiring my first ever Black-veined White the sun disappeared behind the mountain and we headed back. However, further down the road we found an area that still had the sun on it so we stopped for another bit of exploring. Here we found our first of several Woodland Grayling, Marbled Whites and our only Tufted Marbled Skipper. 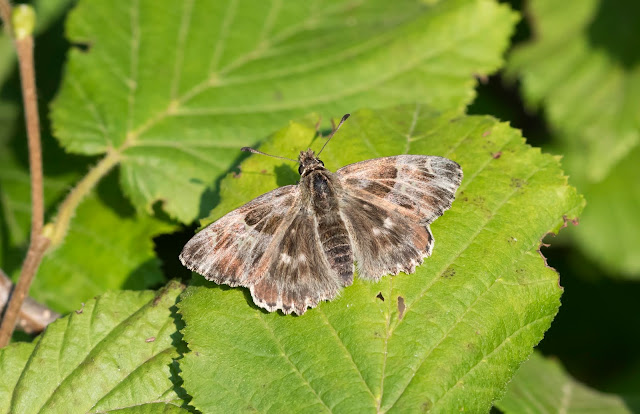 The following day we headed much higher up the mountain. This included using the chair lift, there are 2 lifts here that take you up in stages. The 2nd lift wasn't working which meant a long climb by foot in oxygen deprived conditions to get us to the very high lake where several high altitude species should have been, unfortunately the late season in Bulgaria meant that there wasn't as many butterflies on the wing as we had hoped. On the walk up there however, we saw several Queen of Spain Fritillaries, Small Tortoiseshell and Peacock as well as the Nutcrackers shown earlier. On the walk back down many more butterflies now appeared and we did see our first Nettle-tree Butterfly and then a few specialities such as the Eastern Large Heath and Woodland Ringlet. 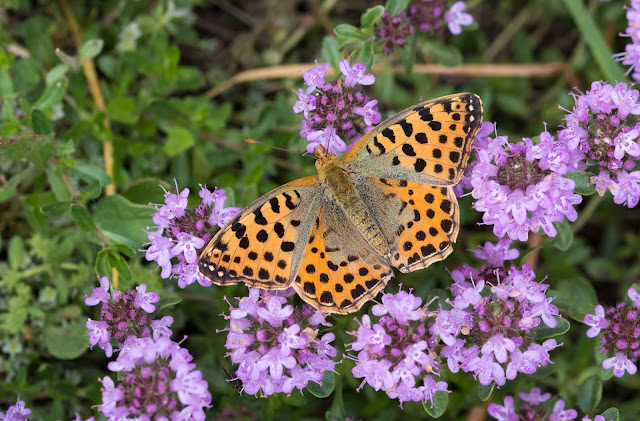 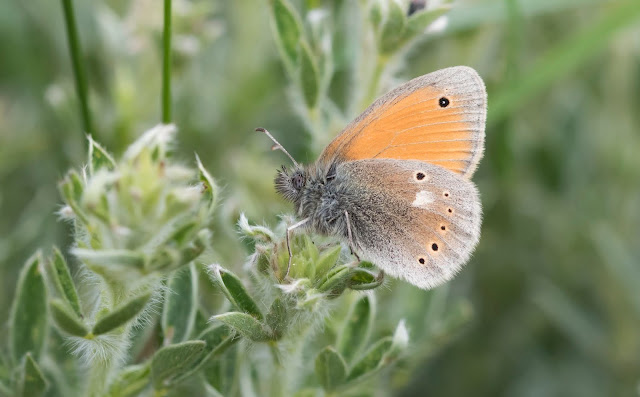 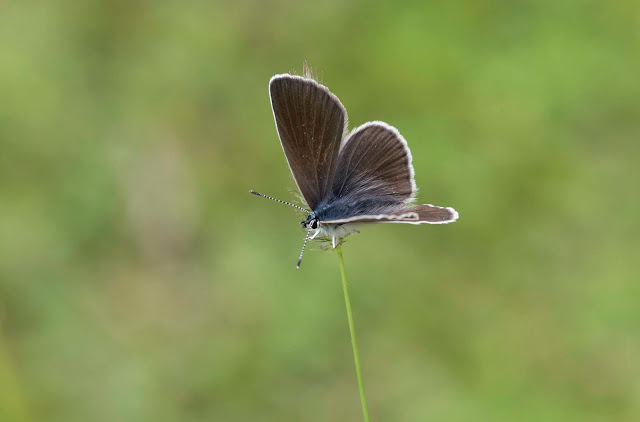 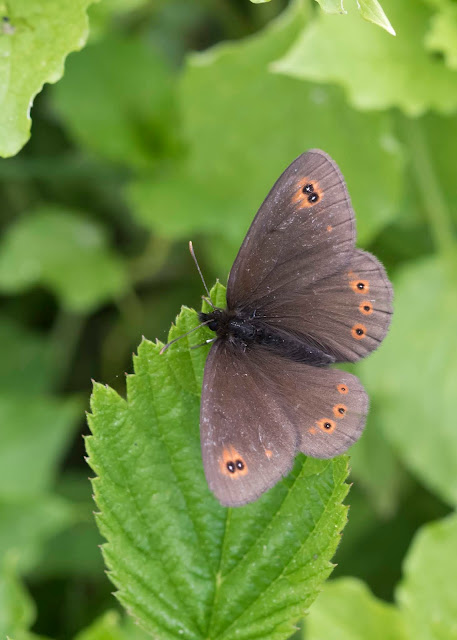 Just before we got back to the working chair lift Matt spotted one of the best butterflies of the trip, a newly emerged Balkan Copper, a magnificent butterfly. As it coincided with the sun going in we managed to photograph the under-wing as it went to roost, and then the top wings as it warmed back up again when the sun came back out. 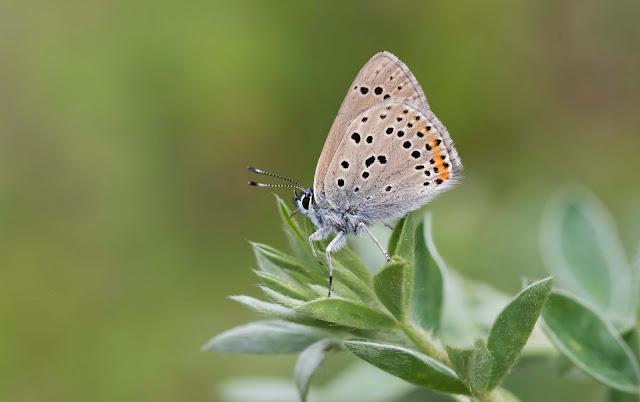 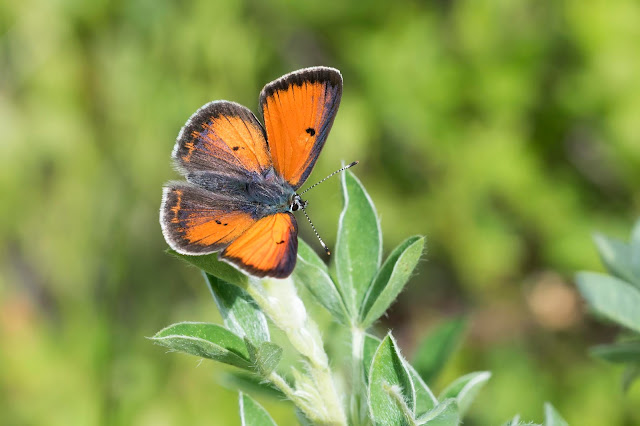 It was then back to a meadow near where we were the day before. This meadow was a great find and we had another couple of sessions here during our stay. This day we found several Queen of Spain Fritillaries nectaring there along with several Black-veined White. Both lovely butterflies to see in number. 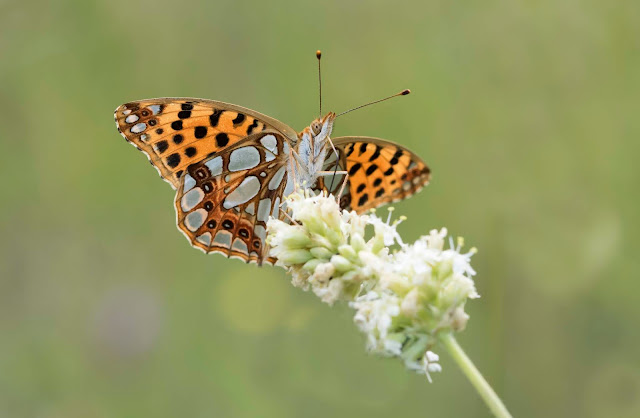 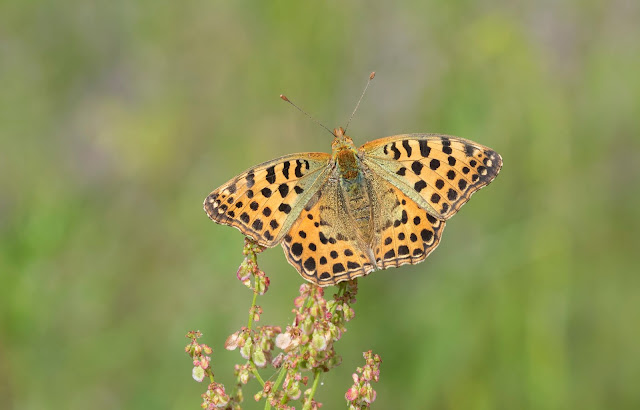 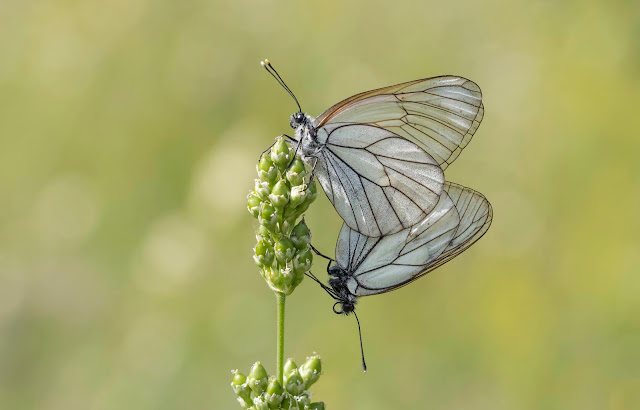 With our 2nd day finishing in style it was back to Bansko for a couple of beers and the World Cup footie in a great restaurant that was very good value.

Posted by Bob Eade. at 17:21
Email ThisBlogThis!Share to TwitterShare to FacebookShare to Pinterest