With a half decent tide running and the slim chance of an early Wheatear I decided to go and have a look for the Purple Sandpipers before they fly North again. However, the tide wasn't quite right still so it was then a stroll hoping for the non-existent Wheatear. It wasn't long before I gave that up as a lost cause. I then decided to see if I could have a bit more luck with the Fulmar, which I had recently failed with. It wasn't long before I saw 4 in flight, although to start with they stayed some distance away. Eventually though I had some extremely close fly-bys with the camera struggling to focus quick enough. These superb flyers were soon giving me an exhibition in flying skills and eventually they started to pass at a distance where I could get some shots off. It's always a case of shoot and hope, but I ended up with many shots worth keeping and only a few deletes. In the sea below me a Harbour Porpoise was performing close to the shore, however, where I was it was much too far away to photograph. 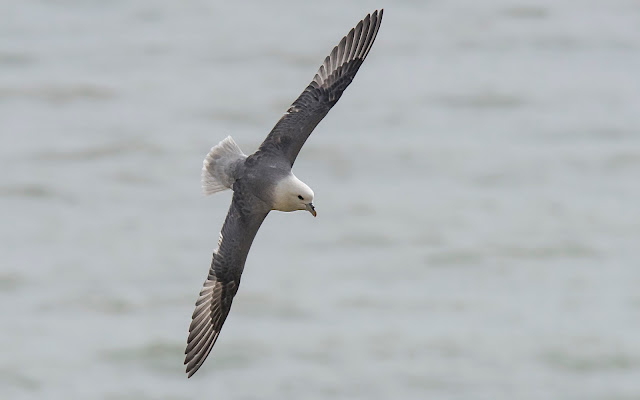 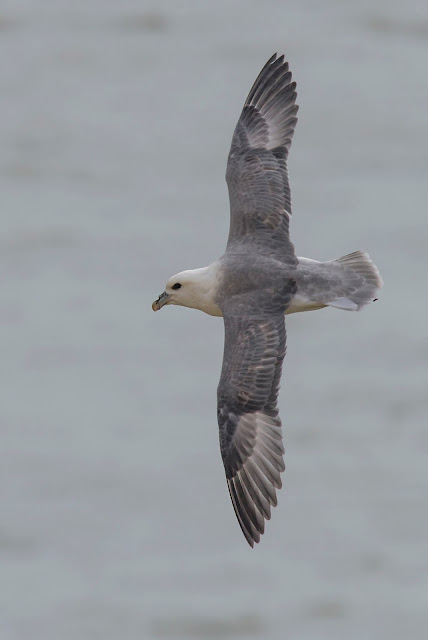 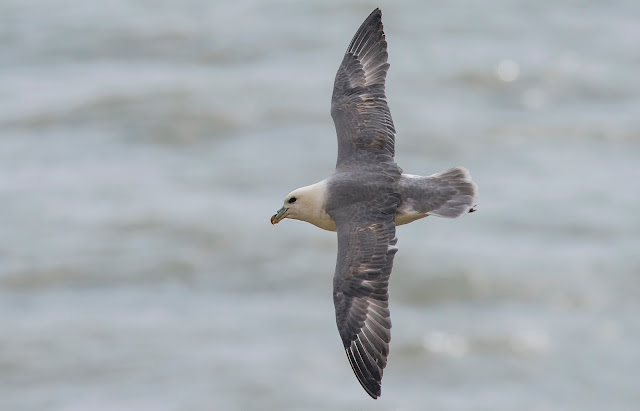 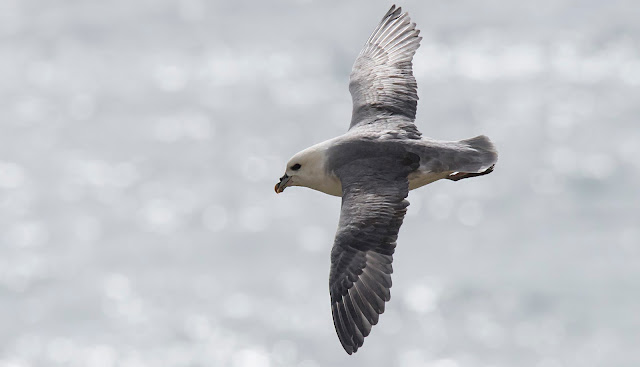 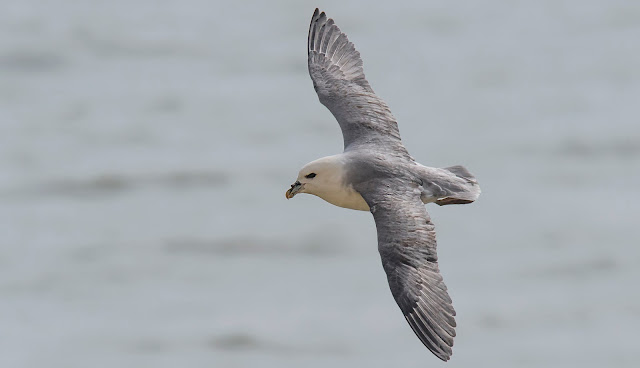 The sheen on the wings varied from the way the light hit them. 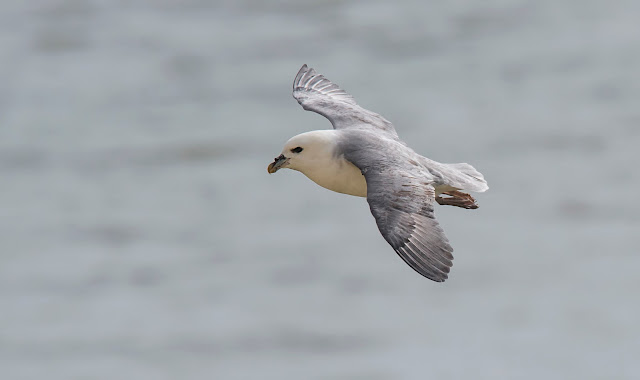 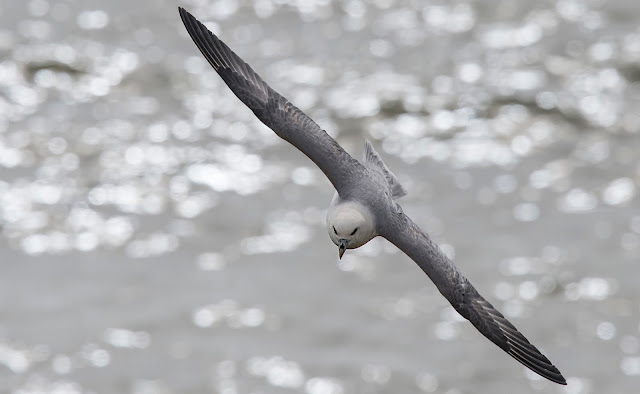 A different type of shot with the sea sparkling in the distance.

Back at where I had parked the car a Grey Squirrel was enjoying going through the rubbish bin looking for any tasty morsels. 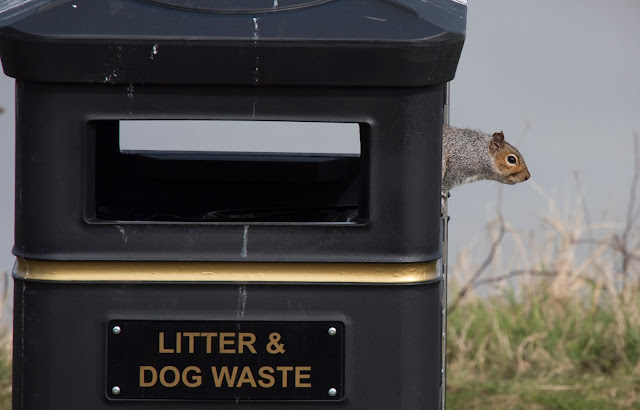 A Grey Squirrel that knows its place!!

Later in the day a walk in local woodland produced a Small Tortoiseshell and Red Admiral. It was also great to hear a Chiffchaff calling which made it really feel like Spring. That may well change over the weekend though with more snow promised!!