I was meant to be looking after my Mum today as she had a procedure at Brighton Hospital. I must confess, it wasn't a day I was looking forward too. However, yesterday evening she rang me to say she had a phone call cancelling the appointment. Although I was sad for her, I was pleased to have a day out in the open after all, especially as the sun was due out for the day. I rang David to see if he fancied doing anything and he said he had planned to head for the Surrey/Middlesex border with Paul to see the American Horned Lark that has been seen on and off for the past 3 months. This is a very rare bird in the UK with only 2 or 3 previous sightings, although it is I believe a sub-species of our Shorelark. Fortunately they were happy for me to join them. The bird was seen as soon as we had arrived from the central causeway across the reservoir. Unfortunately the bird was on the Southern bank so we were shooting straight into the sun. It was feeding continuously, turning over mosses as it looked for morsels. In the time we were there it did go over to the other bank where it was much closer and the light was far superior. However, when it was on this bank it only remained for a few minutes before returning to the other side where it obviously felt more comfortable. A great day seeing a mega rare bird, and it also beat sitting around in a hospital!! 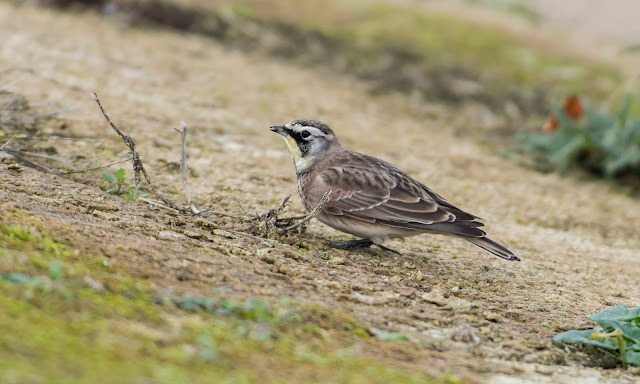 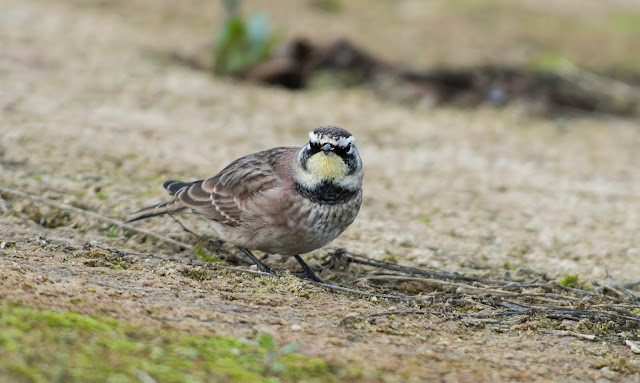 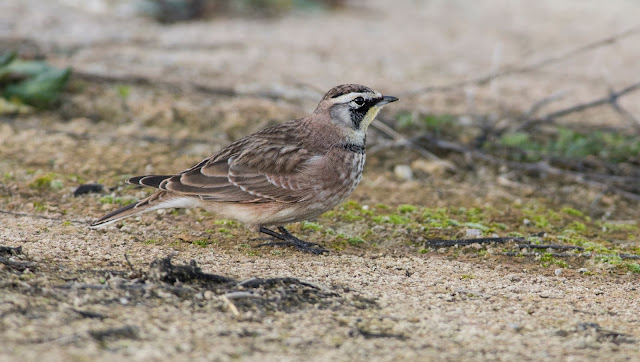 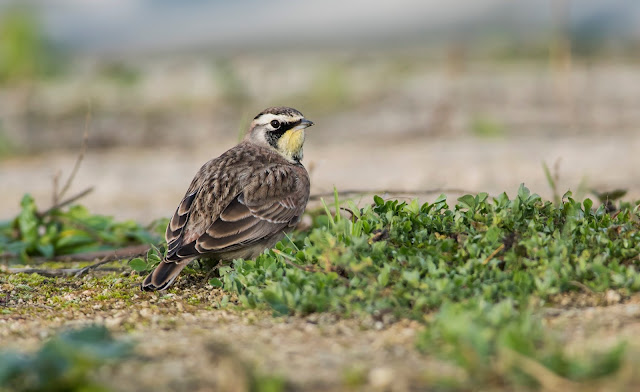 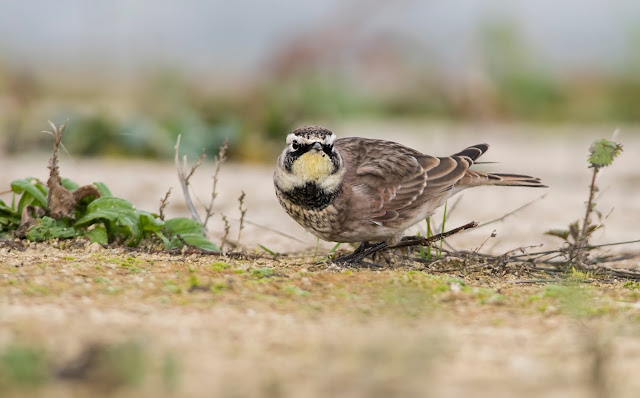 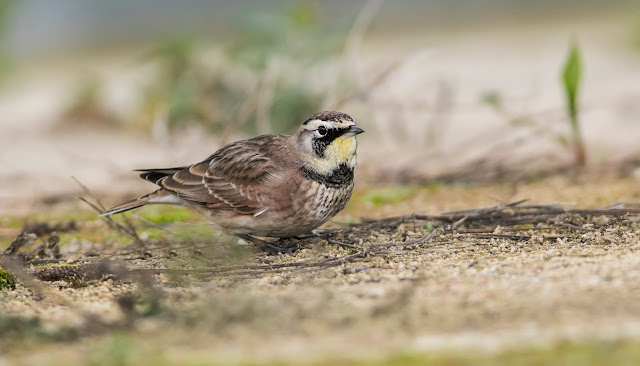 Posted by Bob Eade. at 20:46
Email ThisBlogThis!Share to TwitterShare to FacebookShare to Pinterest