I had just put my walking boots on yesterday, intending to check up on a Wall Brown egg that I'm monitoring, when the mobile rang. It was Matt telling me a Grey Phalarope had just been found locally if I was interested. Well, no offence to the egg, but the bird did sound a bit more interesting!! On arrival I found Tim Squire, another butterfly/bird enthusiast, who had found the bird 30 minutes or so earlier. The bird was keeping close to the bank and appeared to be finding some food in the mud in the bank. As is often the case with these birds it was not at all bothered by humans and it totally ignored the paddle-boarders that at times came very near to it. It also came very close to us when it changed direction, swimming to within 5 feet of where we were watching it. At times the macro lens would have been more appropriate than the powerful telephoto I had on the camera!! 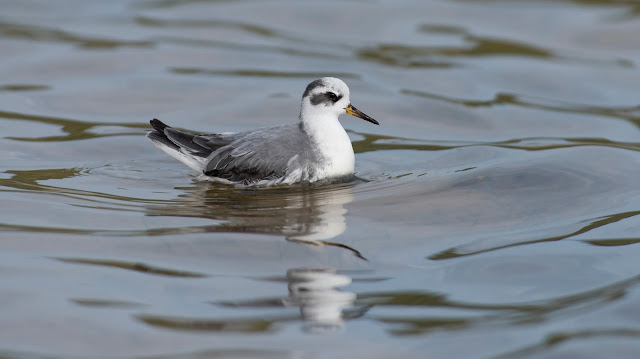 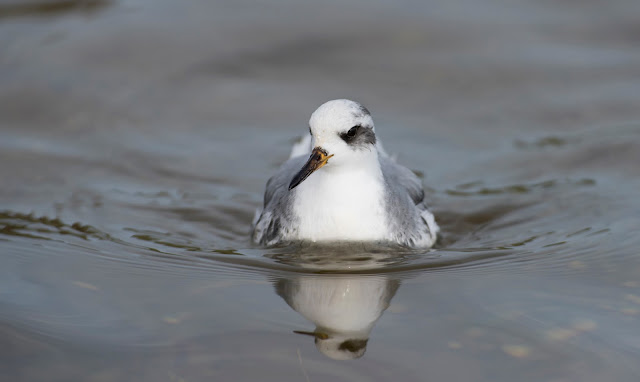 Getting a little too close to us!! 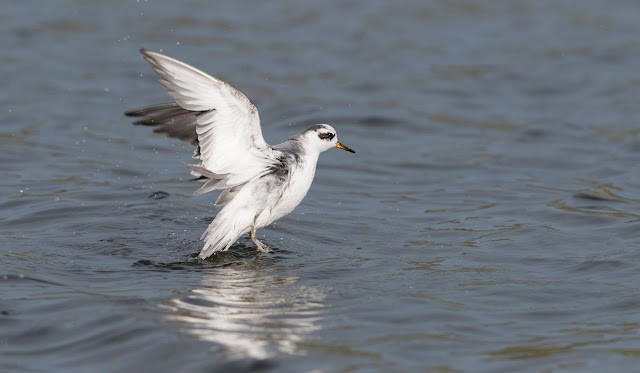 Having a flap after preening. 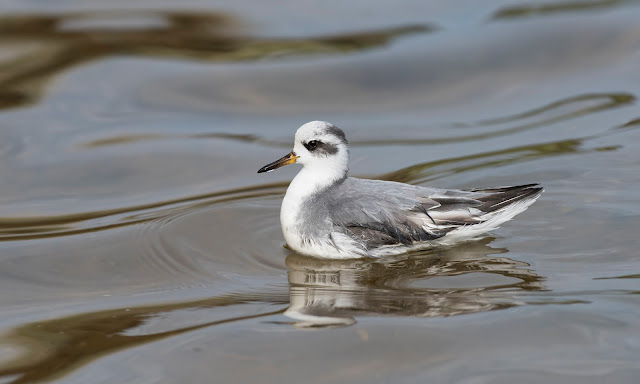