Go West For Orange and Green.

Orange-tips in East Sussex seem to be doing slightly better than the poor performance from last year although numbers in West Sussex are much better. This I'm sure is down to the over enthusiastic mowers that the councils in these parts use. Well before the larva mature and head off to pupate all the Cuckoo Flower and Garlic Mustard in the verges are cut meaning less butterflies for the following year!!

With this in mind James and I headed West looking for some Orange-tips, one of the gems in the butterfly season and a great sign of Spring. On the way we decided to try Devils Dyke for Green Hairstreak. Although I have some good local colonies of these they are yet to emerge this year around here. Meanwhile at the Dyke they have been out for a few days and in the couple of hours spent here around a dozen were seen along with a smart female Holly Blue. 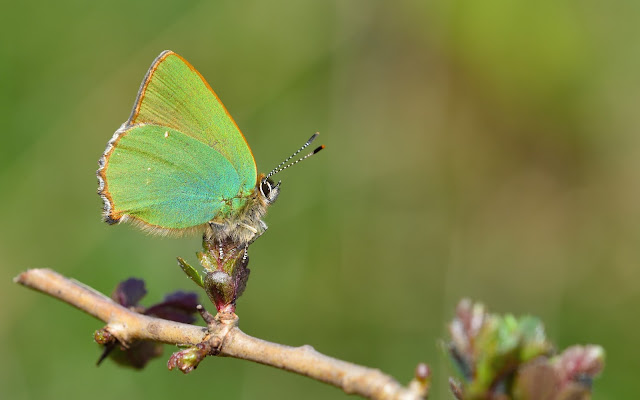 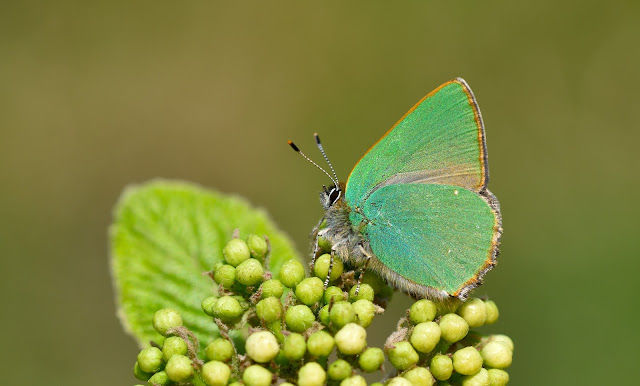 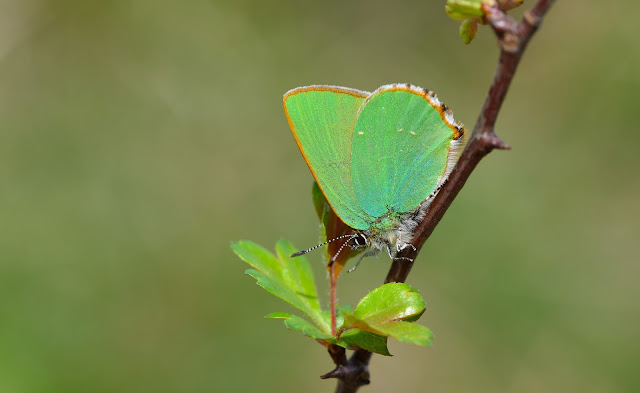 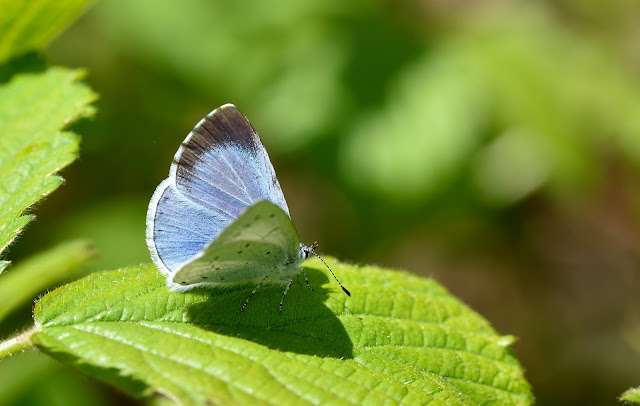 It was then onto an old favourite site for the Orange-tips. Unfortunately it wasn't as good as it used to be so despite seeing a few we went searching for other good looking sites. Eventually we saw some Cuckoo Flower and Garlic Mustard in a field so we parked up and found several Orange-tips and a couple of Green-veined Whites flying. Eventually the Orange-tips started to go to roost and photo opportunities presented themselves. 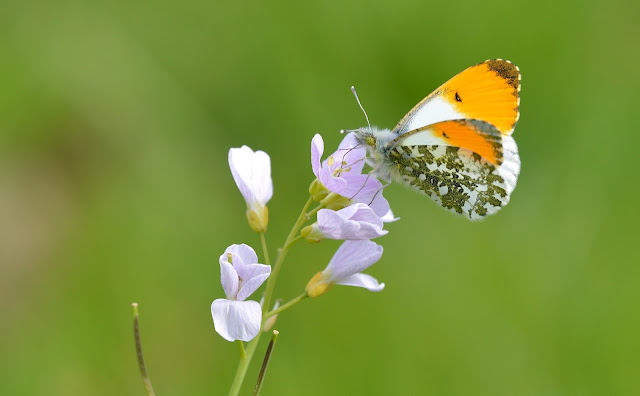 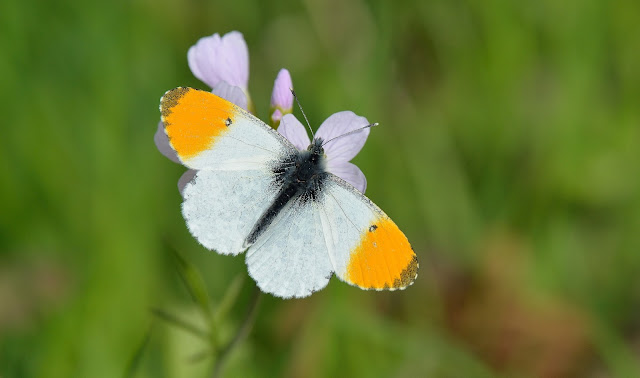 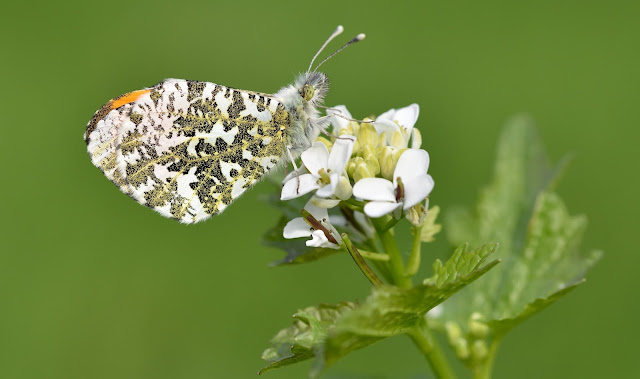 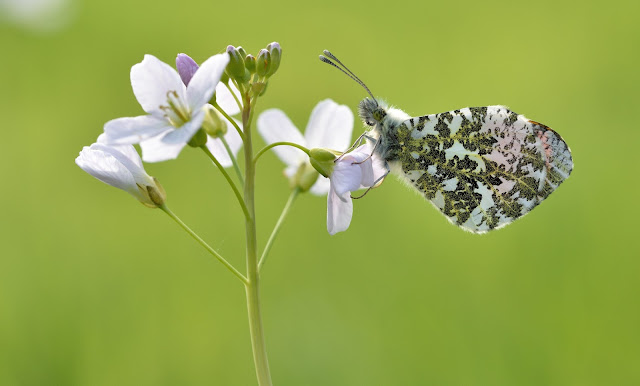