Two years ago Paul had an Emperor Moth handed to him that had been caught locally in a moth trap. This moth then laid a large number of eggs that soon hatched out. Paul then reared them through and in the summer they became pupa. Last year just a single female emerged. Yesterday Paul contacted me to tell me that 4 male Emperors had just emerged, but with Paul busy all day and as I was busy this morning it was not until this afternoon that I could take advantage. By now another moth had also emerged, once again this one too was a male. It is quite unusual for me to photograph reared insects, but the Emperor Moth is a special moth that is always good to see. The sun was a bit too low by the time we could photograph the moths but a few images were managed. I also heard today of a male Emperor being seen in West Sussex yesterday so I will soon be out over the Sussex Downs looking for more of these great moths. 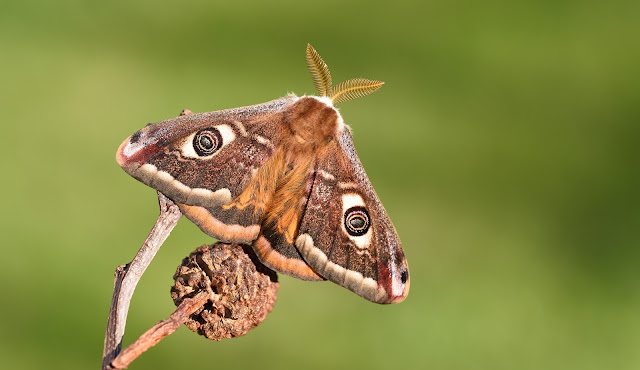 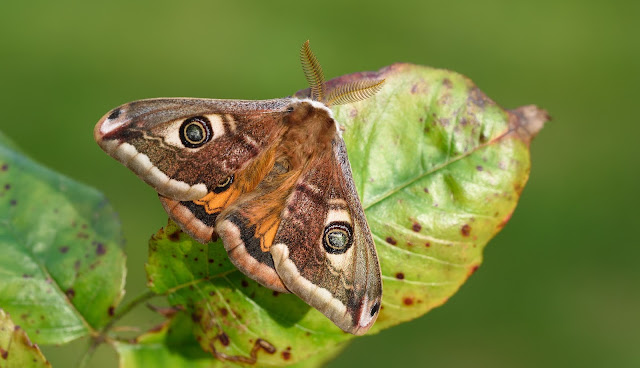 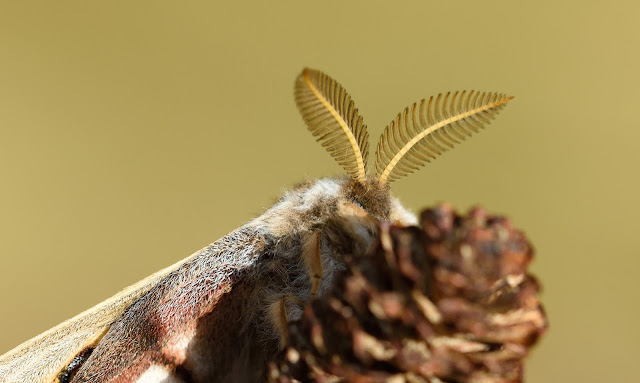 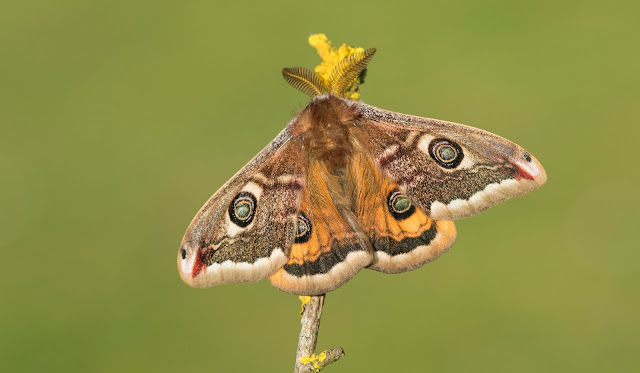