Despite the Red-backed Shrike deciding to depart around a week ago Tide Mills is still producing a few delights. On the 18th August I saw a Clouded Yellow egg laying and over the last couple of weeks the results of these, and other eggs laid have been showing with several very fresh butterflies on the wing. Strangely all the Clouded yellow that I'm seeing there seem to be males, although I'm sure there will be a few females hiding somewhere, although perhaps the females migrate back South as soon as they can so they can lay eggs that stand a chance of surviving the winter. Yesterday I called there in the small hope of finding a non active Clouded Yellow and even more unlikely, a Long-tailed Blue. As expected I wasn't lucky on either front. There were though several Wheatear passing through and a couple of shots were managed, although they wouldn't let me get as close as I would have hoped!! 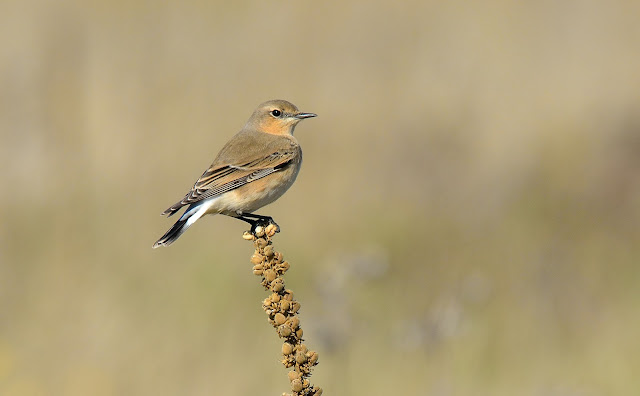 Wheatear near the beach. 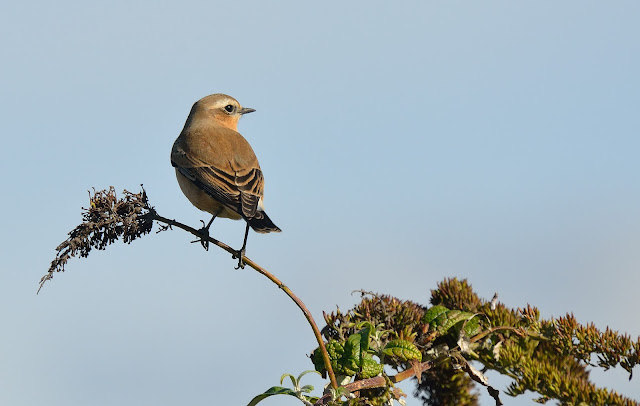 Today I called back again to carry on the challenge. Strangely I didn't see a single Wheatear but with the Clouded Yellow I did get lucky. I saw well over a dozen including one individual that was so fresh it was only flying short distances and allowed a close approach. 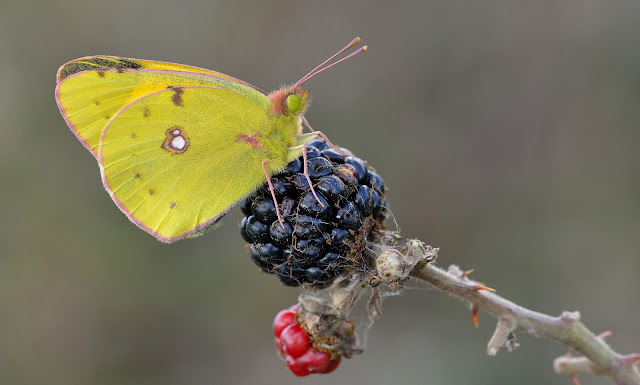