The Spider and the Wryneck.

Yesterday it was a great day out with Paul, who was keen to see a Wasp Spider. It is several years since he last saw one so it was off to a reliable area to try to find him one. On arrival it was only a matter of minutes before the first one was found, this one was also in a good position for pictures and although I filled my boots the other day it would be rude not to take a few more!! This one also showed the unique pattern in the web that is thought to strengthen the web for catching its favoured food, grasshoppers. 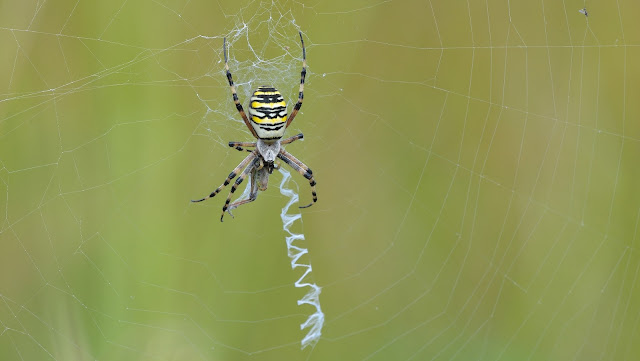 After finding around 8 of these beauties we were then going to hunt some Clouded Yellows, however, a phone call from David telling us a Wryneck was showing well at Beachy Head had us heading in that direction instead. Here the wind was blowing making it pretty cool. Fortunately Paul had a couple of fleeces in the car which made the long wait bearable. It was probably getting on for a couple of hours before we saw the bird. It was then on display for some time with a few pictures possible and Paul letting me use his fabulous lens which helped get me a few better shots. In all the shots the bird had its very thin tongue out varying amounts making it look like it had a hair sticking out of its bill. 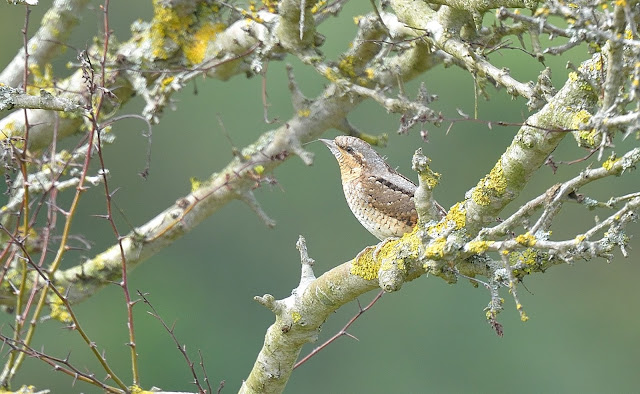 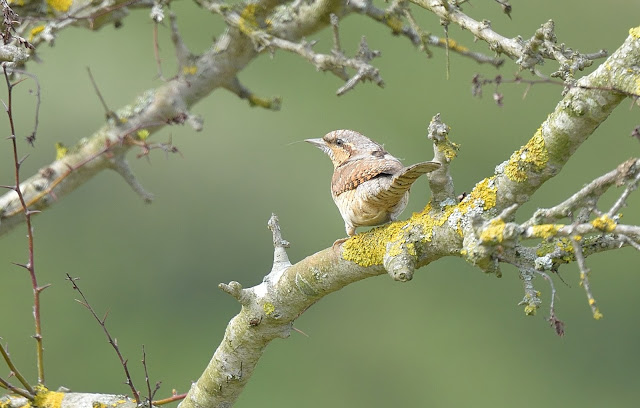 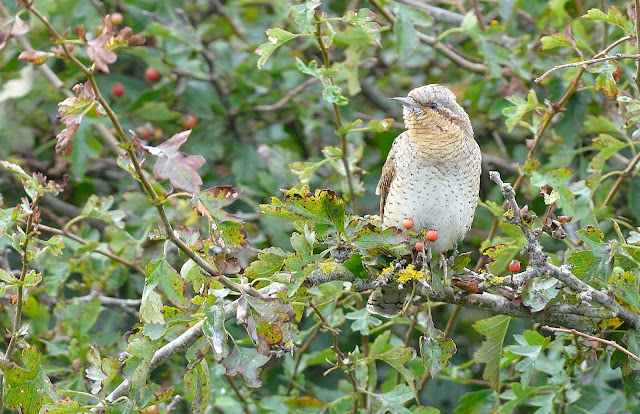 Posted by Bob Eade. at 18:26
Email ThisBlogThis!Share to TwitterShare to FacebookShare to Pinterest