On Saturday I had an early morning drive over to the Chiddingfold Forest complex to hunt out the dainty little Wood White. This is one of our most endangered butterflies, and one that I try to get over to every year. I did try earlier in the year at the end of their first brood but I was just a little too late. The 2nd brood is smaller than the 1st brood in both numbers and the physical size of the butterfly and as I was hoping to find them at roost this was a bit of a problem. Fortunately a little while after arrival I was contacted by my good friend Mark Colvin who lives in the area. He came into the wood where we now had 2 pairs of eyes hunting for them. I was really pleased to find the 1st 2 and then Mark found a 3rd which despite knowing where the butterfly was I kept losing!! Of those 1st 2 we had a male and a female although the male was not so easy to photograph as it turned out to be more active. All the time we were there the weather stayed very overcast, although towards the end it did warm up enough for the butterflies to start getting active. The biggest problem was the very light breeze that kept moving the flimsy flowers and butterfly making it difficult to keep the focusing correct. It was a fabulous morning spent with this great little insect. After leaving Mark I did see a 4th individual flying down the woodland track as well as a female Gatekeeper that sat for a short while. 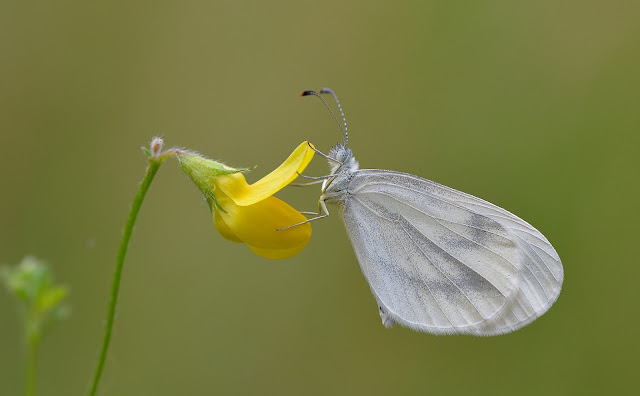 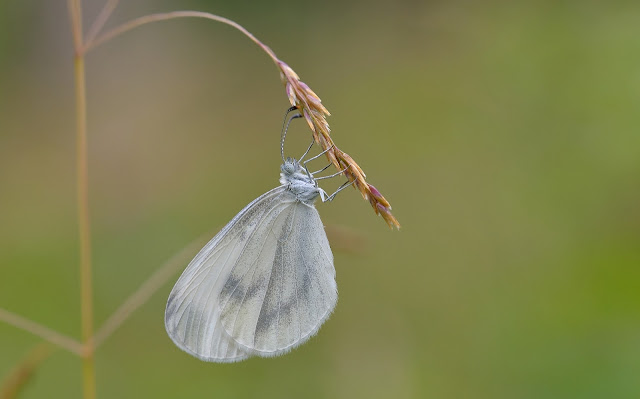 Female Wood White. This grass was moving a lot in the slight breeze!! 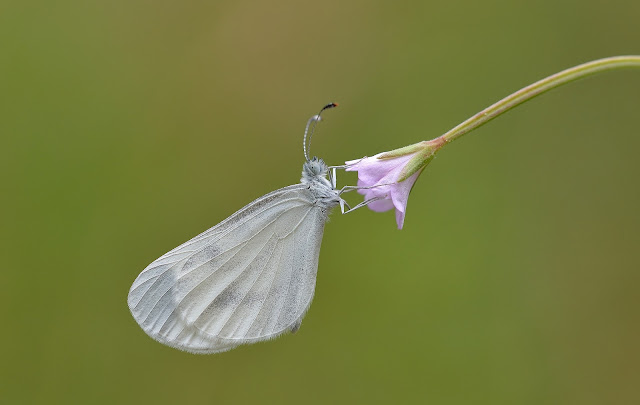 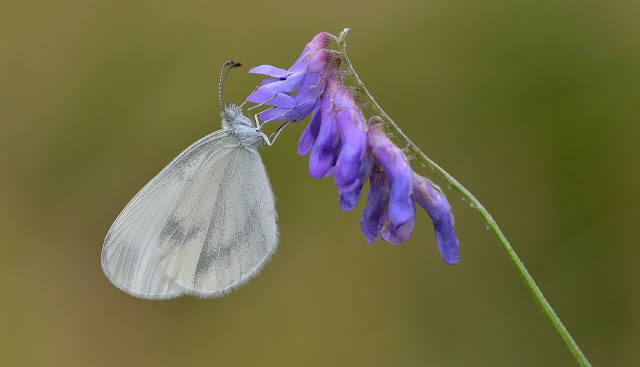 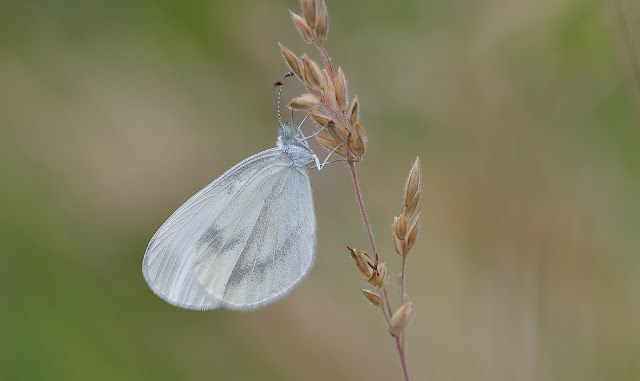 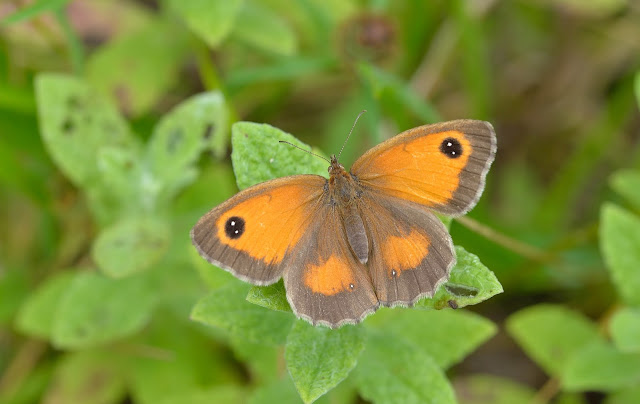 On Sunday I attempted to do my 2nd brood Wall Brown count. I started off in sunshine and things were going really well until I reached the main hotspot, The Comp path, when the sun went in. It did come back out later but numbers along the Comp were low. However, numbers in other areas were well up and I managed a count of 53 which was very pleasing of which all but one were males.

Posted by Bob Eade. at 16:53
Email ThisBlogThis!Share to TwitterShare to FacebookShare to Pinterest