I decided today to have a little visit to Ashdown Forest checking out the Dragonflies and Orchids. First stop was a quick look to see if the Silver-studded Blue butterflies had emerged here yet. With this site being quite a bit higher than where I saw them last week they are always later here. The colony here is also a lot smaller and almost as expected there were none to see.
On the way to a good Dragonfly spot I saw a single Early Marsh Orchid. Normally I see several here so it was quite a surprise to only see the one. 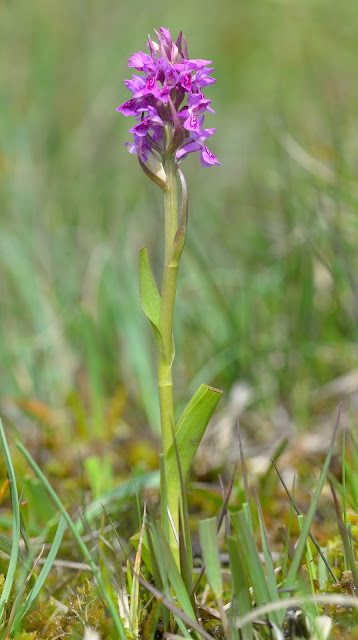 My hope for Golden-ringed Dragonfly also went unrewarded but I did see a few early Small Red Damselflies. On one acid pool several Four-spotted Chasers were seen and one kept landing on the same reed over the pool which allowed me a few shots. Broad-bodied Chaser, Emperor Dragonfly and 2 Keeled Skimmers were also seen. 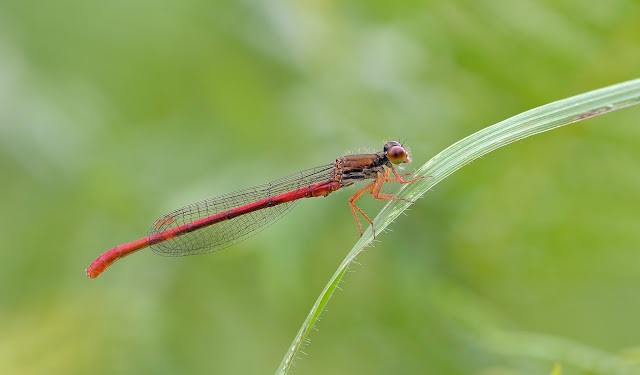 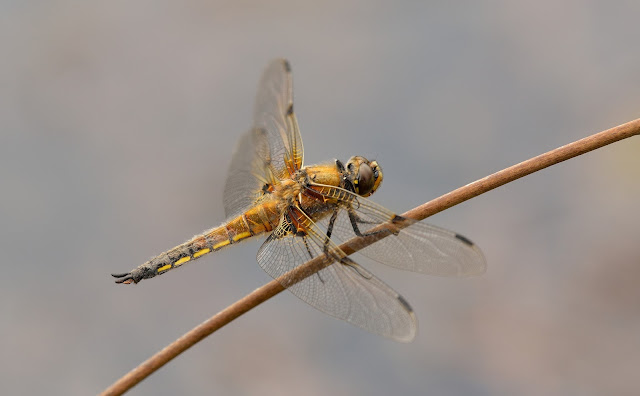 Whilst moving to another pool I disturbed a Clouded Buff moth. As usual with this species it kept settling low down in the foliage. I kept following it and eventually I got lucky as it settled very briefly in the open, and it even showed its under-wing. 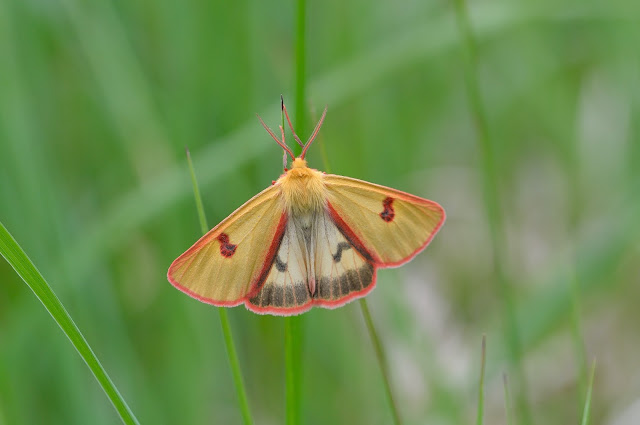 Finally I drove to an area of Beech where Birds-nest Orchids can be found. I immediately spotted a very large orchid that was around 12 inches tall. Being in a very dark area I had to use the built in flash on the camera. 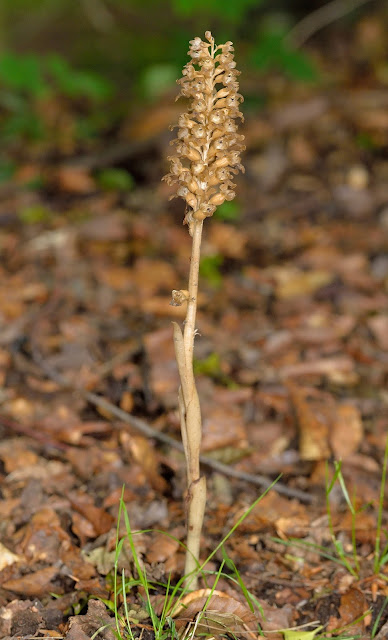 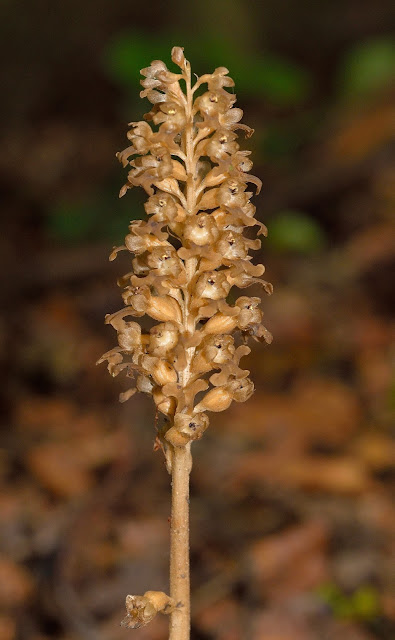